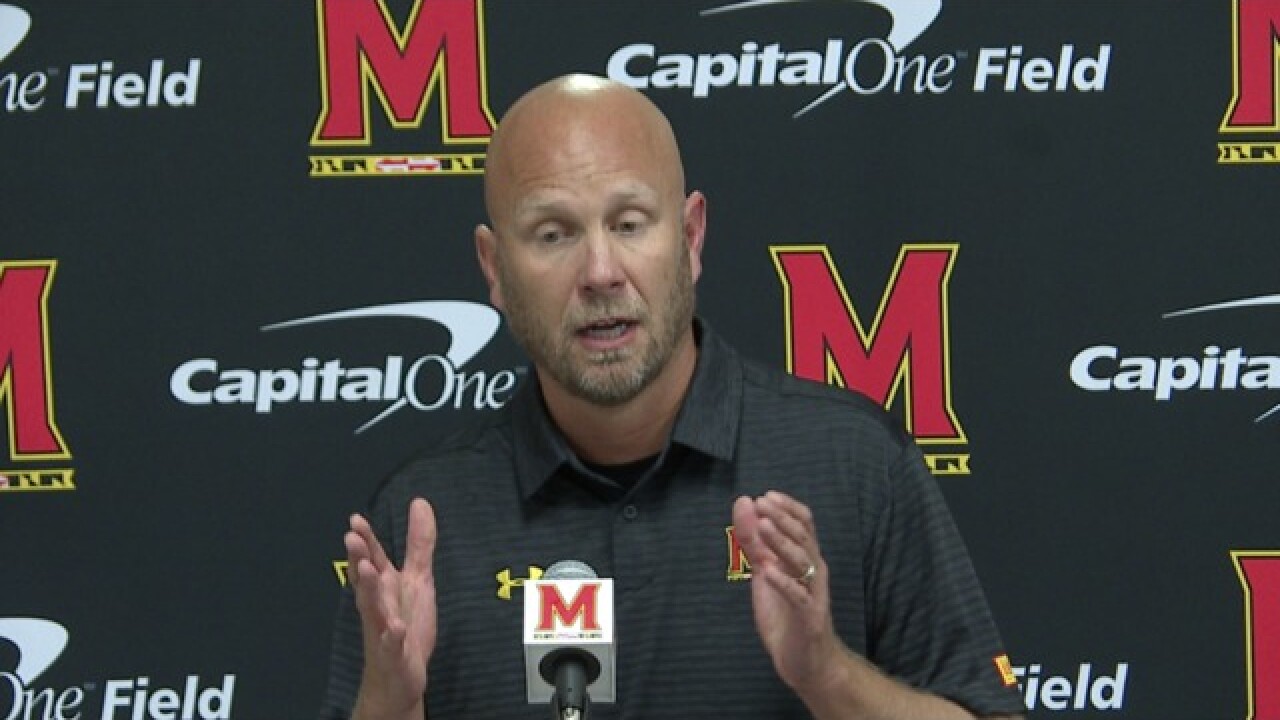 It was a home opener nobody with the Terps (2-1) wants to remember.

“This last game we didn’t do anything well,” said Terps interim head coach Matt Canada on the offense. “I could go through every play on offense in great detail right now, from one to 52, and tell you what happened. But I’m going to leave it at it’s my fault. I’m in charge. I called the plays and it didn’t work.”

Next up comes the Big Ten conference opener, Saturday in College Park, against undefeated Minnesota.

“A defense that’s given up only nine points a game. They’re 3-0. The best thing you can say about them, on both sides of the ball, is how hard they play and we’re excited to go play them,” added Canada.

Even before Saturday’s game there will be new developments surrounding the heatstroke death of 19-year-old offensive lineman Jordan McNair.

The University System of Maryland Board of Regents is scheduled to be briefed Friday morning on the findings of the Walters investigation into the events that led to McNair’s tragic passing following an offseason team workout. That will become public later Friday afternoon, less than 24 hours before the game.

Canada doesn’t intend on his team taking too much time out focusing on that report.

At the end of the day Canada said a loss on the field doesn’t equate to losing a young man like McNair.

Saturday’s game is slated for Noon.