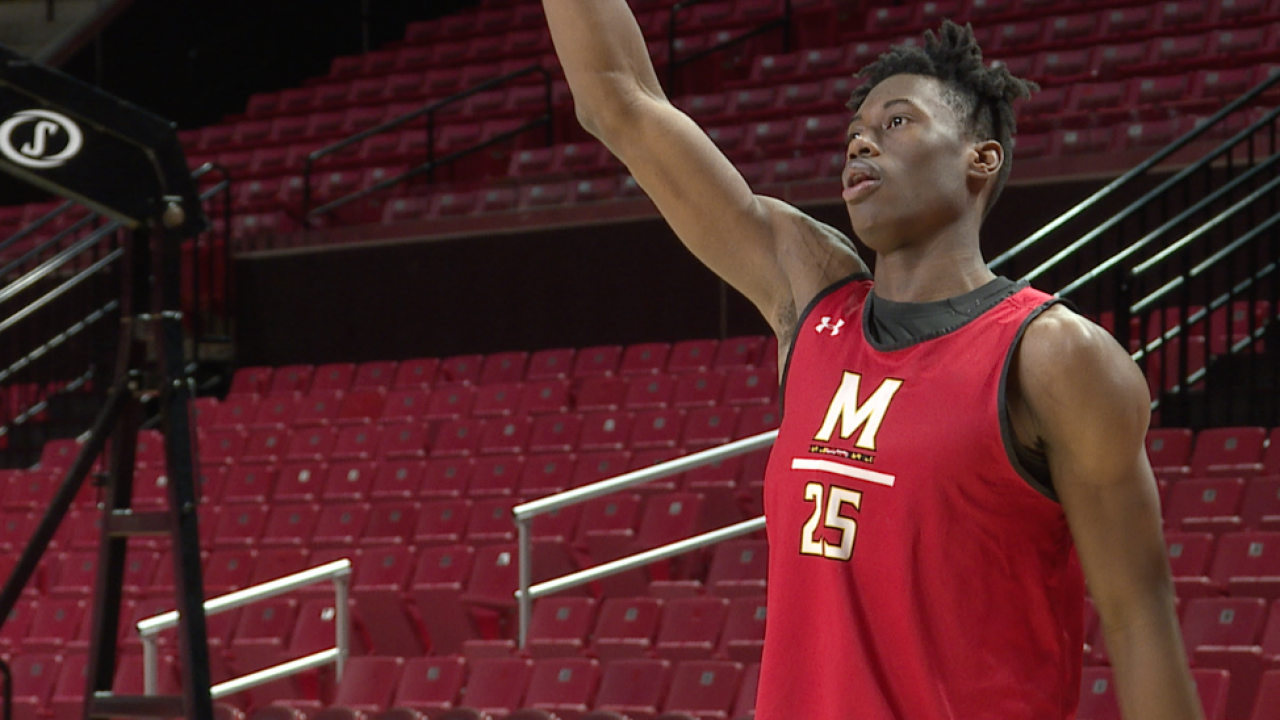 COLLEGE PARK, Md. — For being the fifth-youngest team in the nation, the Terps are growing up fast.

“They push each other. We’ve got good players and I like our growth,” said Terps Head Coach Mark Turgeon. “I think we’re starting to do a lot of the little things that are important.”

“We believe in each other a lot and we got each other’s back,” added Terps forward Bruno Fernando.

The leader of the youth movement is freshman forward, and Baltimore’s own, Jalen Smith.

The Mount St. Joseph product nicknamed Stix is coming off a career-best 21-point effort in Maryland’s impressive 15-point win at Minnesota on Tuesday.

“He knows where to be at on the court at the right times,” said Fernando. “He knows how to get open and get other people open as well.”

The victory over the Gophers saw Smith and the Terps play some of their best basketball of the season in the second half, outscoring Minnesota 48-27 over the game’s final 20 minutes.

The Terrapins bring that momentum into Friday’s contest against Indiana. Maryland is looking to beat a ranked opponent, at home, for a second consecutive game.

“We’re getting into conference play now, so you know games are a lot more meaningful,” said Terps guard Eric Ayala. “Each possession matters now. So, we just want to lock in and play our game.”

Both teams have only one Big Ten conference loss. Tipoff Friday is set for 7:00 p.m.