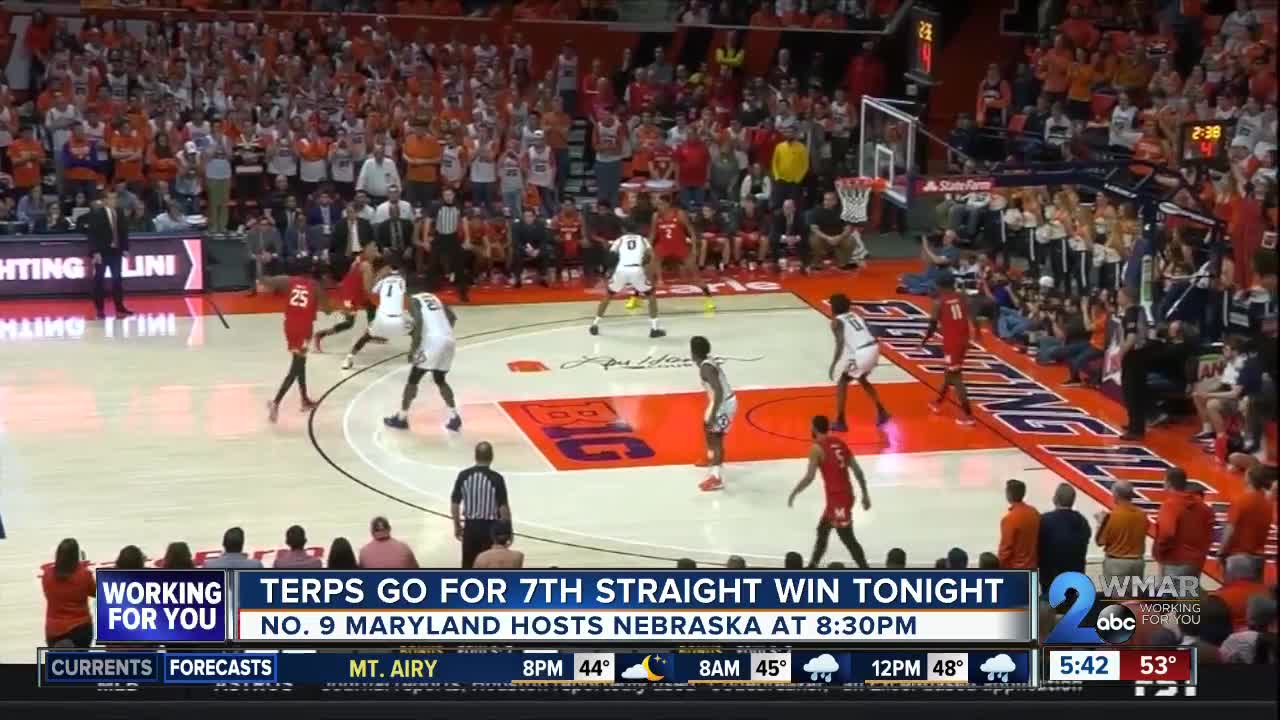 They are the hottest team in the Big Ten and showing no signs of cooling off.

COLLEGE PARK, Md. — They are the hottest team in the Big Ten and showing no signs of cooling off.

“We’ve come a long way more so in the past month than in the entire season,” said Terps guard Aaron Wiggins.

The Terps (19-4, 9-3) bring their six-game win streak to the floor Tuesday against the Nebraska Cornhuskers (7-16, 2-10). Maryland is coming off arguably its best win of the season, that comeback 75-66 victory at No. 20 Illinois last Friday.

“We’re a tough team and regardless of how the game is going for us we can bounce back from anything,” said Wiggins.

“I guess we just kind of believe in each other,” added Terps Head Coach Mark Turgeon. “We have faith that we’re going to get back in it if we’re down or if it’s close we’re going to figure out a way to win it.”

The Terps are unbeatable at home. They are a perfect 13-0 in College Park this season. Turgeon said the Xfinity Center crowd is a big reason why they boast that home record.

“I do think there’s a connection between this team and our fanbase,” he said. “[There’s] a toughness we play with and determination.”

“We, as a team, I think we’re really excited to come back here and be in front of the student body,” said Wiggins.

The student section will be at full throat and wide-eyed on Tuesday. The first 500 students will get “Stix Specs” glasses as a nod to forward Jalen “Stix” Smith.

“It’s going to be amazing just knowing that Maryland has recognized my play,” said Smith. “To assign a dedicated night to me is amazing. Most people who play on the team don’t ever get a night here. I’m going to have fun with it. It’s just going to be an amazing night.”

Stix has put up six straight double-doubles. He goes for seven straight when the ball tips Tuesday at 8:30 p.m.