No. 7 Terps look to stay hot against Northwestern 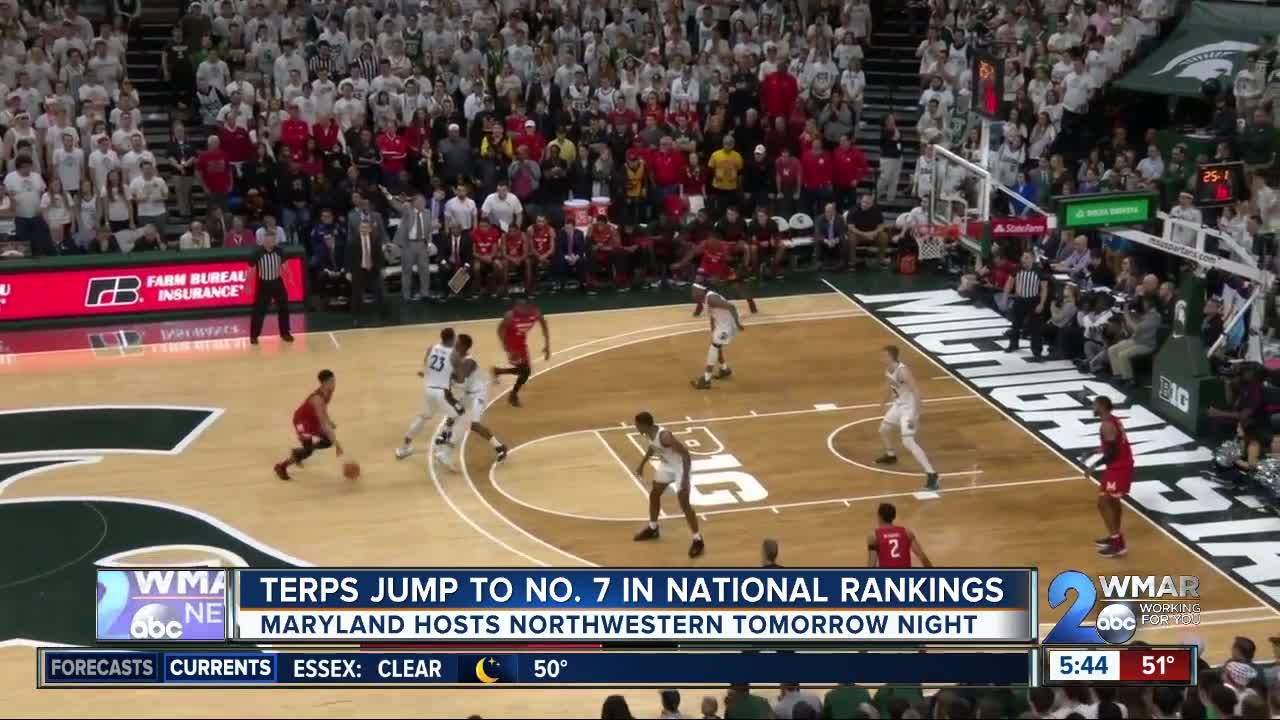 The University of Maryland men's basketball team keeps piling up the wins and climbing the national rankings. The Terrapins jumped up two spots to No. 7 in the latest Associated Press poll released on Monday.

COLLEGE PARK, Md. — The University of Maryland men's basketball team keeps piling up the wins and climbing the national rankings. The Terrapins jumped up two spots to No. 7 in the latest Associated Press poll released on Monday.

“We have guys that truly believe, regardless of the situation we’re in, regardless of how much time is on the clock, that we can win games,” said guard Aaron Wiggins.

The Terps scored the game’s final 14 points in a 67-60 win at Michigan State. It was an eighth straight Big Ten win for Maryland. That’s a program record.

“We needed some plays down the stretch to pull that one out,” said guard Anthony Cowan.

The senior made them.

Cowan scored the final eleven points of the contest and knocked down three consecutive three-pointers to close it out.

“Anthony, he wanted it badly and he stepped up,” said Head Coach Mark Turgeon.

Cowan was named Big Ten Player of the Week on Monday for the third time this season.

Next up for the Terps is last-place Northwestern on Tuesday in College Park. That means a trip home for Davidsonville’s Pat Spencer.

The former Loyola lacrosse star is one of the best college lacrosse players in history. Now he’s the second-leading scorer on the Wildcats as a graduate transfer.

“He’s really good,” said Wiggins. “He’s got a lot of size to him at the point guard position, being able to post up. He can dribble the ball and score in many different ways. He’s a great player. Gotta pay attention to him and make sure we don’t get him going.”

Spencer scored a team-high 17 points for Northwestern in a loss to the Terps last month.

Tip-off between Maryland and Northwestern is at 8:00 p.m. Tuesday at Xfinity Center.