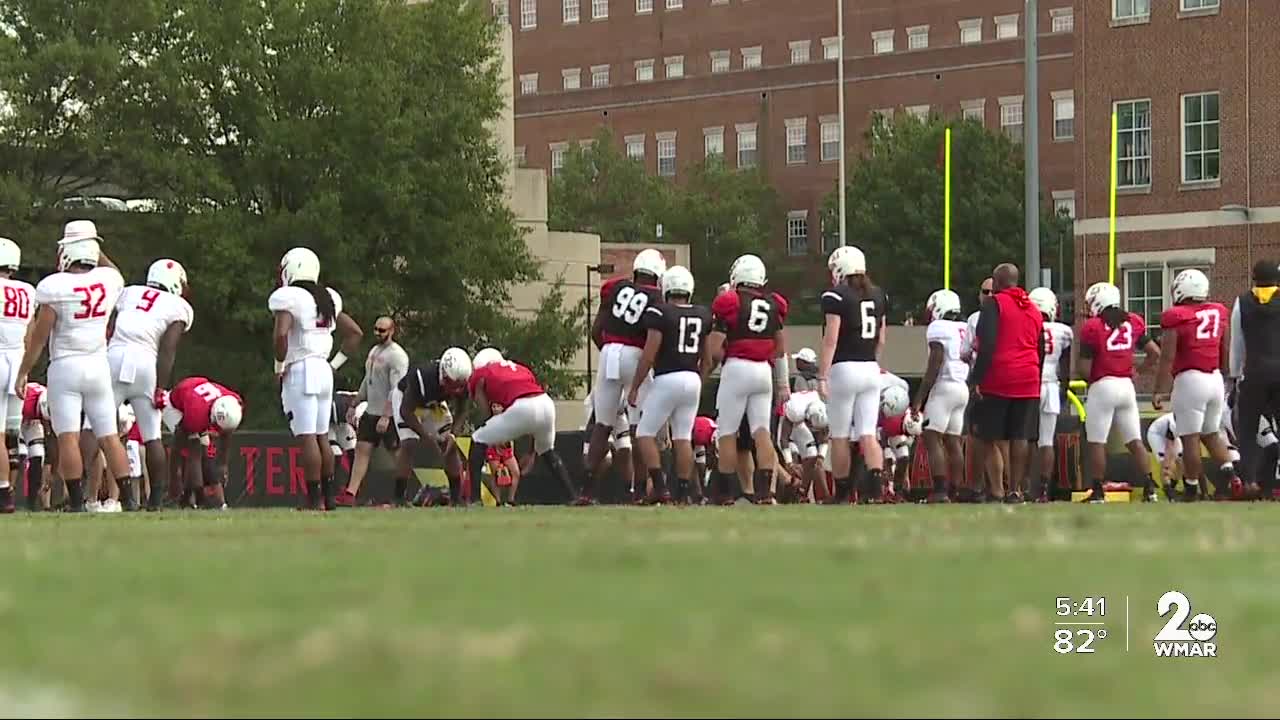 It was unprecedented action by the Big Ten on Tuesday during these unprecedented times. The conference canceled the fall football season.

COLLEGE PARK, Md. — It was unprecedented action by the Big Ten on Tuesday during these unprecedented times. The conference canceled the fall football season.

"My heart breaks for our players. Through no fault of their own football has been taken away from them," said University of Maryland Head Football Coach Mike Locksley.

The Big Ten postponed all fall sports, including football, with hopes to play in the spring.

"To tell them that there’s no football now is a tough pill to swallow and hard for all of us," added Locksley.

The Terps got only two practices in before the fall was called due to coronavirus concerns. It is devastating for the majority of Terrapins players who followed strict protocols since returning to campus.

"We’ve had zero (coronavirus) positives since July 8 and that’s a credit to them," said Locksley. "They wanted to do the things necessary to give themselves a chance to play."

Locksley said he is now in the process of formulating a plan for the fall. Players who want to stay on campus to work out can do so, continuing to follow those COVID protocols.

As for that possibility of playing a season in the spring, thus having two seasons in one calendar year, Locksley thinks its doable.

He said he has been talking to athletic directors and head coaches from around the Big Ten about the issue.

"From the information I’ve been able to take from these meetings there is no doubt that you could play a winter/spring season. It's definitely feasible to do it while also keeping player safety and health in the forefront of it. I anticipate us being able to pull it off."

Locksley added he also anticipates questions about player eligibility to be answered by the Big Ten and NCAA within the next couple days.