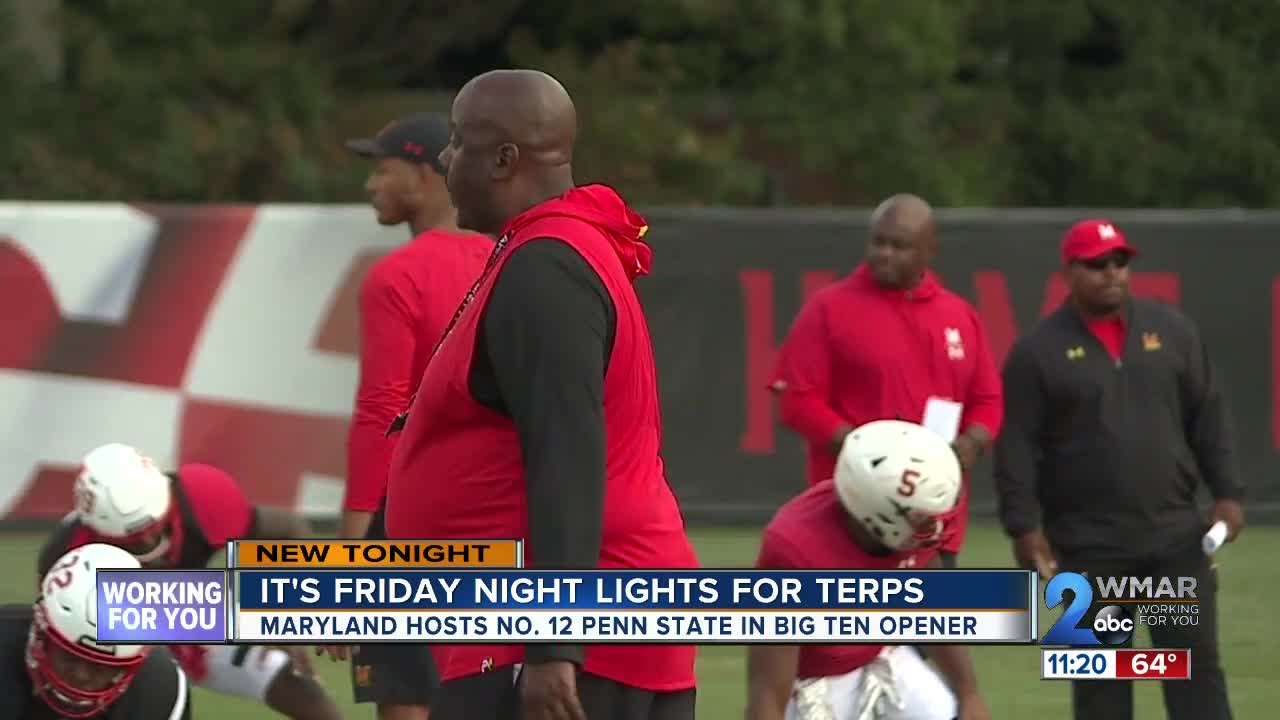 It is one of the most hyped and highly anticipated Terps home games in years. Friday night.

COLLEGE PARK, Md. — It is one of the most hyped and highly anticipated Terps home games in years.

“This is like a new season for us,” said Terps Head Coach Mike Locksley. “This is the first opportunity for us to play in the Big Ten against a highly-rated team. A team that, when you watch them on film, they’re really explosive.”

Both teams are coming off a bye week. Maryland is looking to bounce back after that disappointing first loss of the season at Temple. It was a disheartening 3 point defeat after they engineered two trips inside the Owls’ ten yard line late in regulation. They came away with zero points. They also committed 9 penalties for 88 yards. Locksley said that’s what jumped out to him.

“Discipline precedes winning. For us, the first thing you’ve got to do is not beat yourself.”

Quarterback Josh Jackson needs to be better against Penn State (3-0). After putting on offensive clinics in wins over Howard and Syracuse to start the year, Jackson went 15 for 38 and passed for 183 yards, a touchdown and an interception against Temple.

They are expecting a sellout crowd inside Maryland Stadium on Friday night and the atmosphere should be electric. Temporary bleachers have been installed to help handle the over 12,000 students that will be coming to the game.

“We’re the show. We have to go out and play at a high level,” said Locksley. “I would hope that our fans are going to be loud.”

Pretty sure you can bank on that Friday at Capital One Field.

The Terps are also dealing with some pretty tough injury news this week. Junior running back and special teamer Jake Funk will miss the remainder of the season with a torn ACL. It’s the same injury, in the same knee, that ended his 2018 season.