Cowan, Terps ready to take hot streak on the road 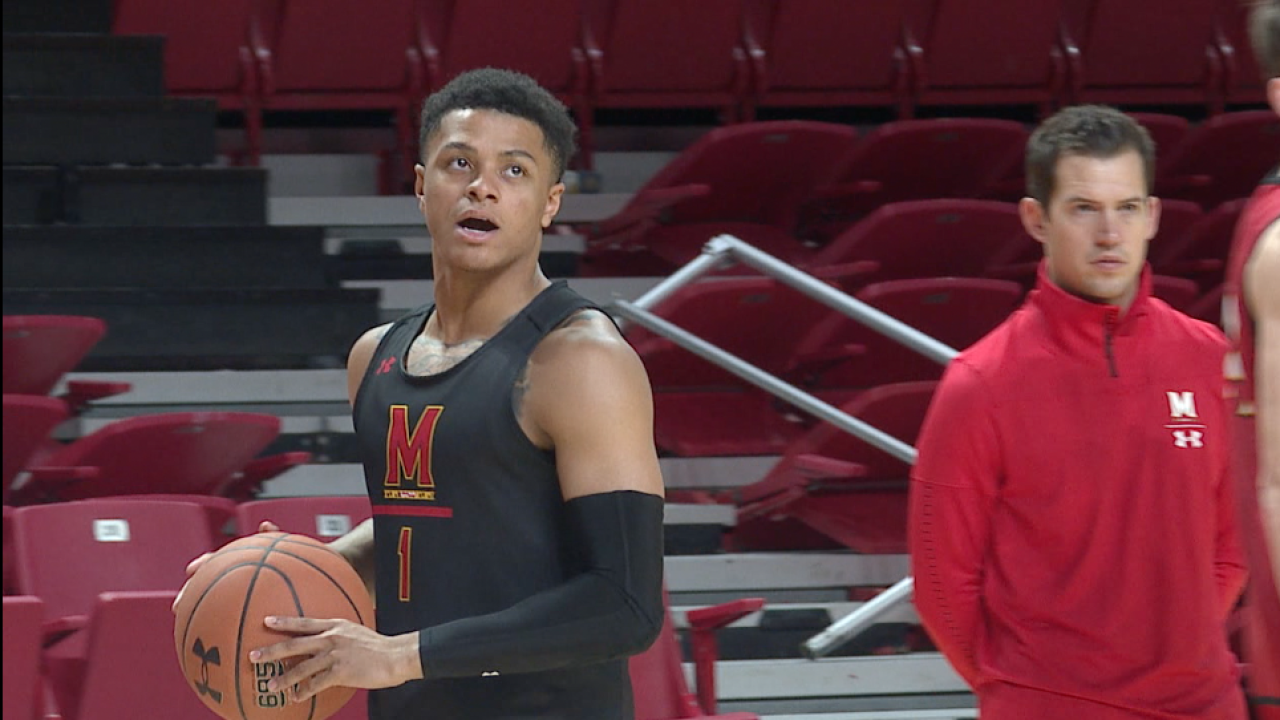 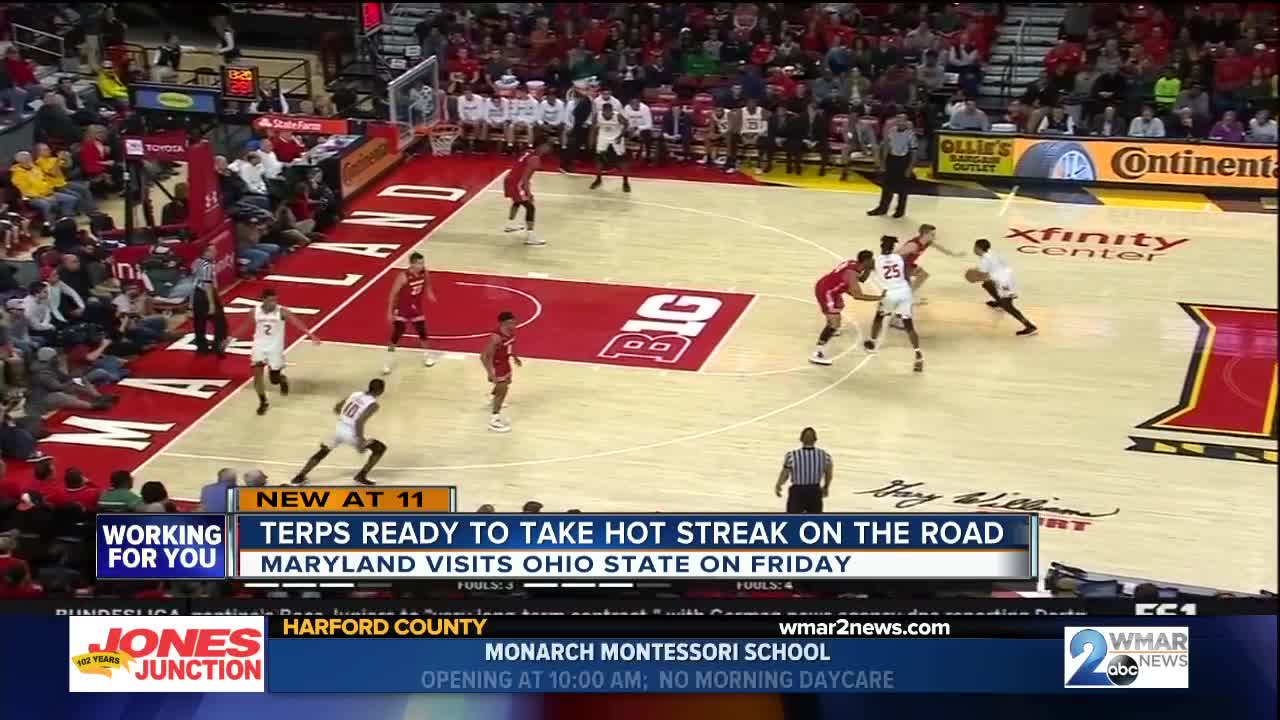 “We are so much more confident than we were in December and early January,” said Maryland Head Coach Mark Turgeon.

Now after a couple big wins at home it’s time to hit the road.

The Terps make the road trip coming off victories over No. 22 Indiana and Wisconsin. The latest win, Monday against the Badgers, featured Anthony Cowan Jr.’s clutch three-pointer with under a minute to go.

It gave Maryland the lead for good.

“Ann’s a great crunch time player,” said Terps forward Jalen Smith about Cowan. “Whenever the clock’s running down we know the ball is going to go to him and we know he’s shooting. So, we just try to go for the rebounds, which there’s not many because he always makes it.”

The junior guard is averaging 24 points over the past three games.

“I like when Anthony attacks but I also like when he makes really good decisions and that’s where we’ve really come a long ways,” he said.

While the No. 19 Terps are on the uptick, Ohio State is trending in the other direction. The Buckeyes have dropped three in a row.

“They’ve hit a tough stretch now. Obviously they’re going to come at us and try to give us their best,” said Terps forward Bruno Fernando. “We just got to be ready to play and be ready to punch back whenever they punch.”

Friday’s contest is the front end of a pretty tough two games for the Terps. After Columbus they head to East Lansing to visit the No. 6 team in the country, Michigan State, on Monday.

But they’re not looking past the Buckeyes.

“Ohio State was ranked 15th in the country ten days ago. They were one of the better teams in our league last year. I think coach (Chris Holzmann) was (Big Ten) Coach of the Year for them. So, they got our full attention,” said Turgeon.

Ohio State was ranked No. 16 before this week’s rankings were released.