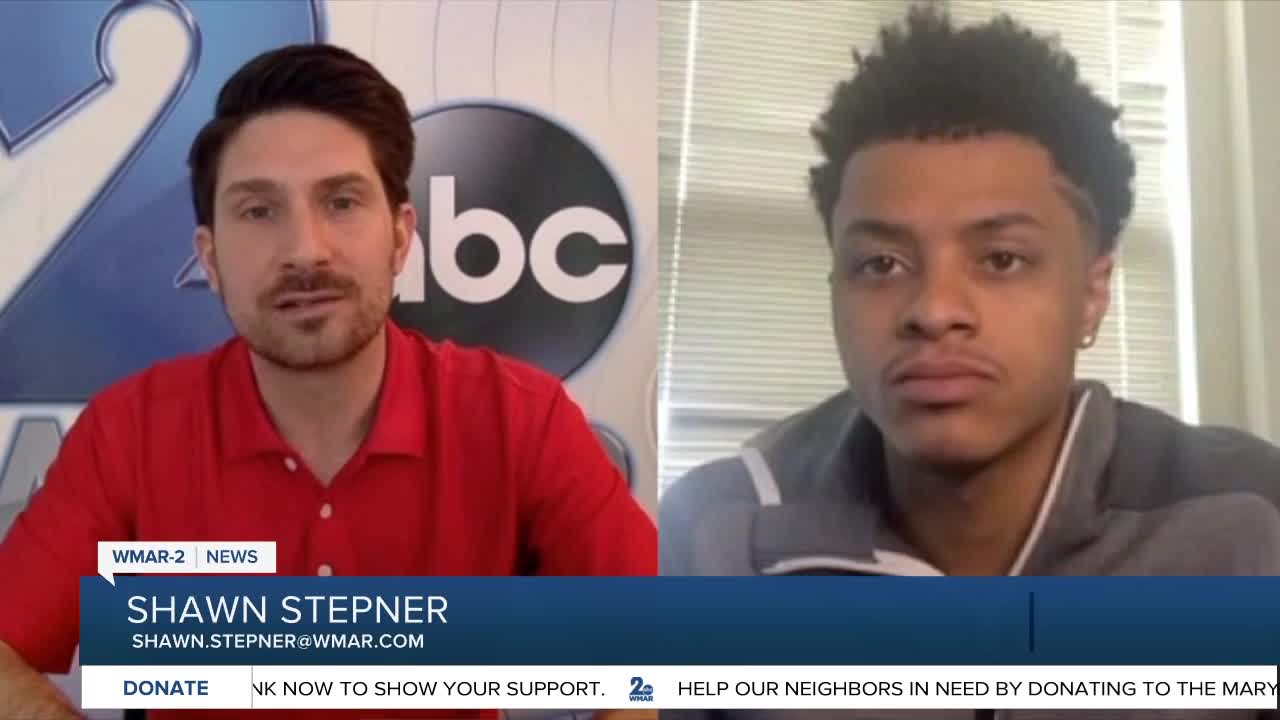 For Anthony Cowan it’s time to get ready for pro basketball.

BALTIMORE, Md. — For Anthony Cowan it’s time to get ready for pro basketball.

“Right now it’s all about staying productive however I can," said the former University of Maryland guard. "I’m running the steps at Xfinity [Center]. I got some hills in my neighborhood. I’m running those. Obviously it’s a crazy time."

It's time to focus on the NBA Draft. After four years at Maryland, starting every game, the all-time Terp is hoping to hear his name called by an NBA team later this summer or whenever the draft goes down. He said he has spoken with about a dozen clubs via virtual interviews. Among them: the Wizards, Hawks, Kings, Jazz and Pacers.

All-time #Terps guard Anthony Cowan tells me he has talked to about 12 #NBA teams via virtual interviews. Among them: the #Wizards, #Hawks, #Kings, #Pacers and #Jazz. More from @AnthonyCowanJr coming up on @WMAR2News at 5pm. #NBADraft @TerrapinHoops @umterps pic.twitter.com/P48t1rdXMf

"I’m getting some really good feedback," said Cowan. "For me it’s just going into the right situation."

For his game to translate to any situation he has to keep grinding.

"[I'm] working different finishes around the basket," he said. "Obviously the ball screen is huge in the NBA, so working off different decisions off that."

Cowan ranks at or near the top of several statistical categories in Terps history.

His Maryland career ended abruptly when the coronavirus pandemic canceled all postseason tournaments. It was hard for him to take at the time.

"It just didn’t seem real," he said. "Like it seemed almost impossible, kind of."

But, he has come to grips with it.

That’s win a Big Ten regular season championship. What would have come next we’ll never know.