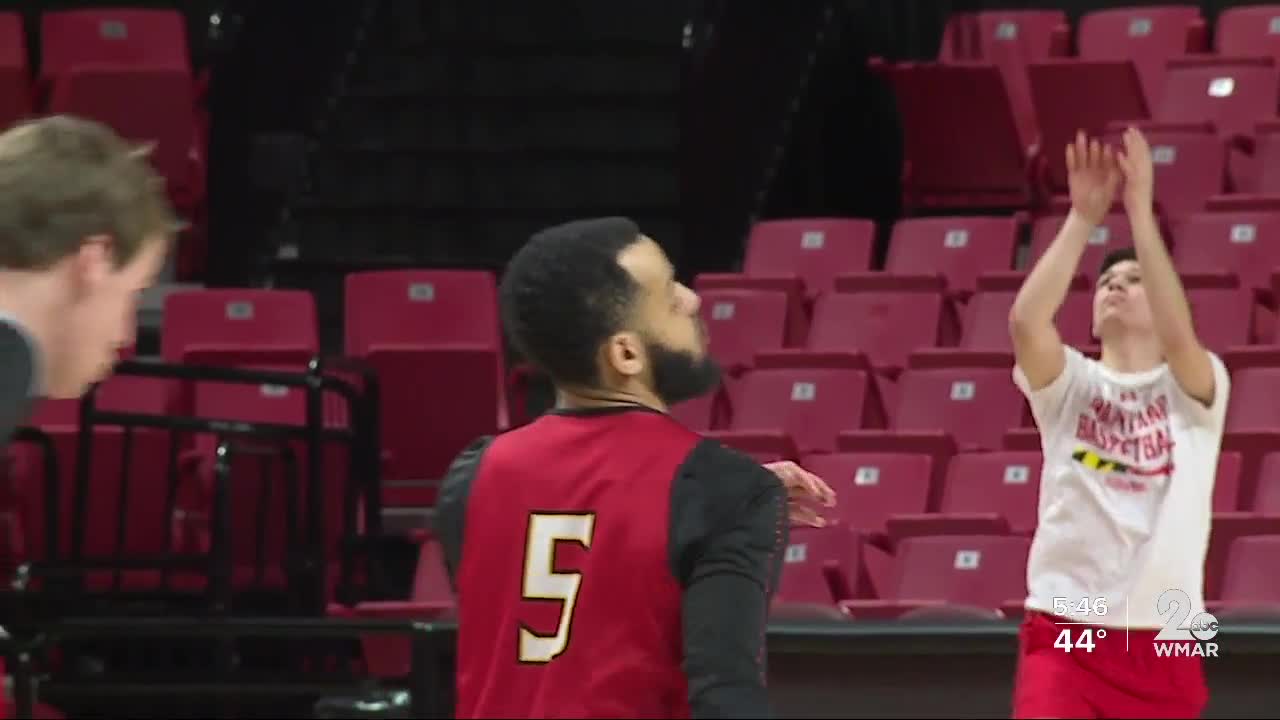 No. 9 Maryland hosts No. 24 Michigan State on Saturday night

“Of course you have that thought creeping in and you’re excited about that,” said Terps guard Aaron Wiggins.

With a victory over No. 24 Michigan State on Saturday the No. 9 Terrapins (23-5, 13-4) will clinch at least a share of the regular season conference crown.

“That share, it would be historical,” said Ayala. “I think it would be our first for Coach Turgeon since we moved into the Big Ten.”

“We’re aware of it but our guys have done an incredible job of just locking in,” said Terps Head Coach Mark Turgeon.

Nobody was more locked in the last time out than Darryl Morsell. The guard from Baltimore drained that buzzer-beating three-pointer on Wednesday to complete a 17 point comeback with a 74-73 win at Minnesota. It was just the latest memorable moment in this special season.

“Anybody could have shot that shot - Darryl, Anthony [Cowan], Aaron [Wiggins], Stix [Jalen Smith], Donta [Scott], me - we give each other confidence and it was Darryl,” said Ayala.

Each man on the roster gets another chance to play the hero against the Spartans (19-9, 11-6).

Saturday’s game will tip-off at 8:00 p.m. but the festivities in College Park are set to get going early. The Maryland program will be on the national stage.

For the first time since 2005 ESPN’s traveling Saturday morning show College Gameday will broadcast from Xfinity Center live from 11:00 a.m. to Noon.

“Does Maryland have the opportunity to win this year? Absolutely,” said ESPN college basketball analyst Jay Bilas. “Maryland is as good as anybody. If you look historically at the teams that have won championships Maryland checks every box.”

“It’s a really great day for our program,” said Turgeon. “We’ve earned it by our play. And, for me, it’s really about the fan base.”

Xfinity Center doors open for those fans on Saturday at 9:30 a.m. The Gameday show is free and open to the public.