After emotional season-opening win, Terps to hit the road 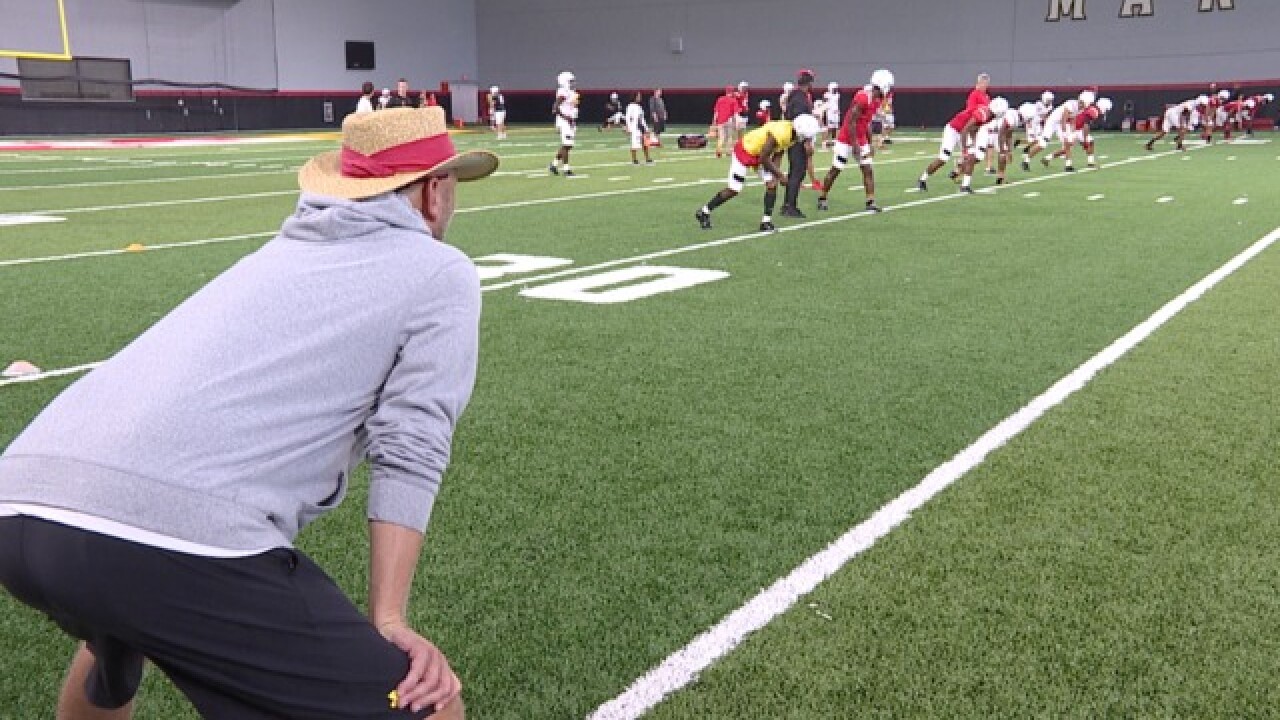 It was a game like no other in University of Maryland football history. It was the Terps’ first contest since the tragic heatstroke death of player Jordan McNair and the ongoing investigations that followed.

Given the same upset result over Texas in last year’s season-opener, it wasn’t unprecedented. But Saturday’s surprising Terps victory over the Longhorns was definitely unequaled given the controversy surrounding the Maryland football program and the emotion felt by its players.

They played with McNair’s No. 79 on their helmets. His jersey was brought out pregame. His locker was set up for game day. They even took the field with his spot on the offensive line left unattended.

“Our kids are doing what I feel is the right way. Grieving in each way that we all have. That’s what we’re doing. Sometimes that’s celebrating, right? There was a celebration of Jordan after that game in our locker room,” added Canada.

Players were not made available to the media on Tuesday.

Now Maryland will bring McNair’s memory on the road for the first time this year. The Terps visit Bowling Green on Saturday.  They’re not overlooking the Falcons, who gave Oregon a scare in a season-opening loss to the Ducks.

“They jumped out on Oregon 10-0. They’re a good football team. They always have been,” said Canada. “It’s a program with a great history. It’s going to be a great challenge for us.”

Maryland lost to B.G. by 21 points three years ago at home.