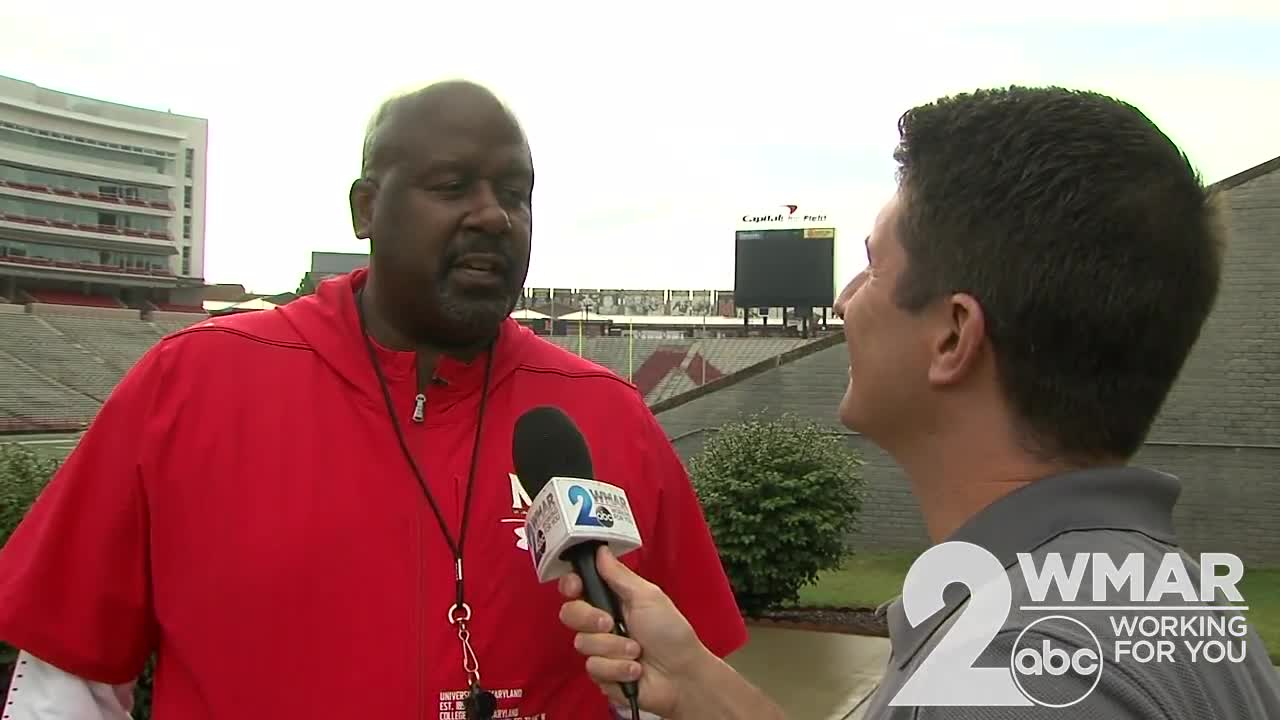 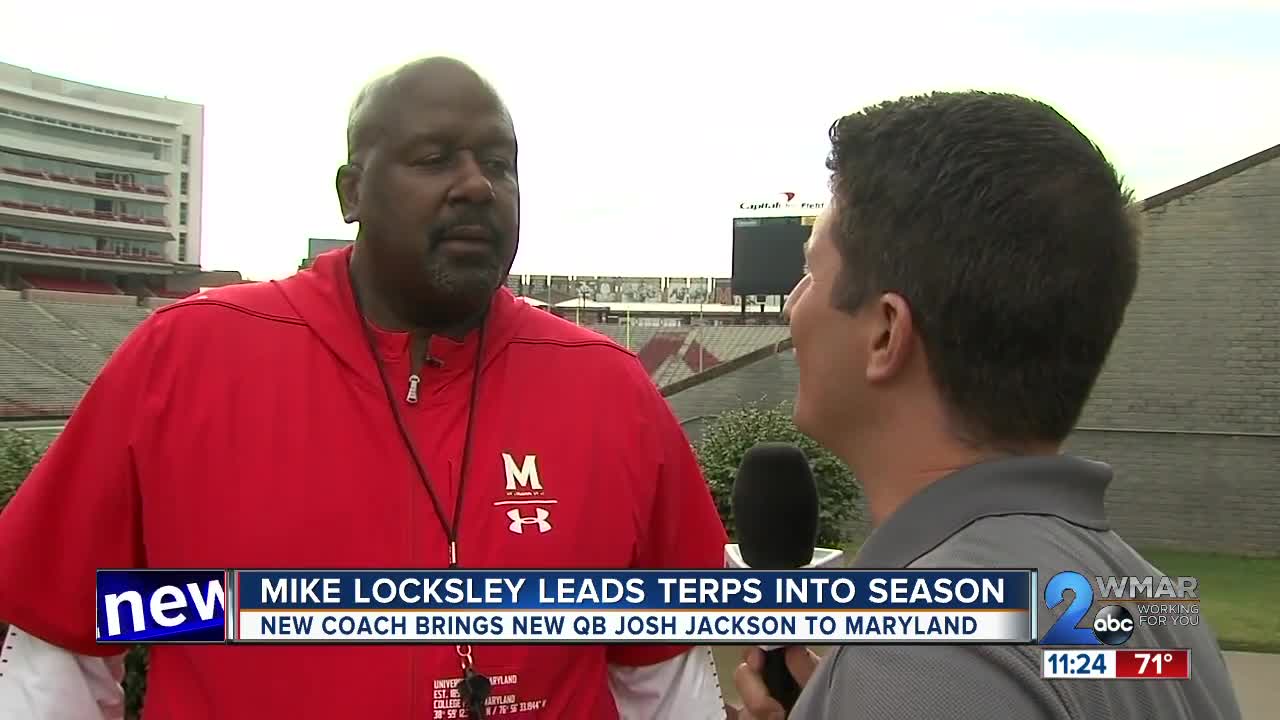 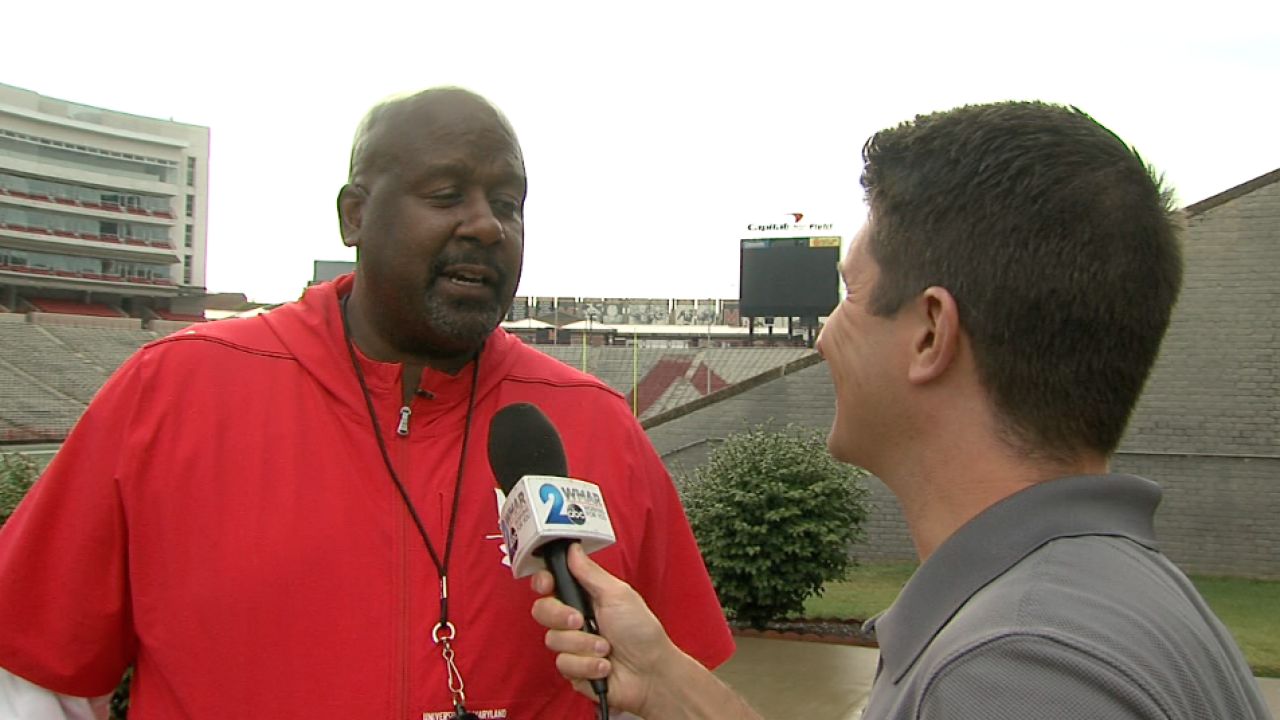 COLLEGE PARK, Md. — The new era of football in College Park is underway. The Mike Locksley-led Maryland Terrapins are a week into preseason practices.

The Washington, D.C. native is back for his third stint with the Terps. It’s his first as Head Coach.

When he was hired last December he called it his dream job. How has it been so far?

“Every day I come in I still got a smile on my face,” said Locksley. “Being able to be here at home and when I drive into campus in the morning, I’m still excited about it.”

Transfer Josh Jackson comes over from Virginia Tech, where he started 13 games in 2017. He broke his fibula last year. He’s the Terps’ projected No. 1 Q.B.

“You can tell through five practices that he’s a guy that’s played in a lot of games. He has a tool box full of experience from being a starter,” added Locksley.

There’s already been a huge blow to the offense. Sophomore receiver Jeshaun Jones tore his ACL in practice on Monday. He’s out for the season.

“It’s disappointing when you lose a player like Jeshaun and with what he was able to do last year as a true freshman, was a guy that we expected to count on to be one of our players,” Locksley said. “But, we understand that injuries are a part of the game.”

Of course this Maryland program is a year removed from the tragic passing of Jordan McNair. The offensive lineman lost his life due to complications from heat stroke suffered during a team workout.

“We’ve embraced every aspect of him not being here with us and our players understand the way we’re going to honor Jordan - and this is something that the players came up with - is we’re going to honor him with how we compete on Saturdays, how we practice day-to-day and how we prepare because those are the three things that Jordan was all about,” Locksley said.

The Terps open the season on August 31, at home, against Howard.