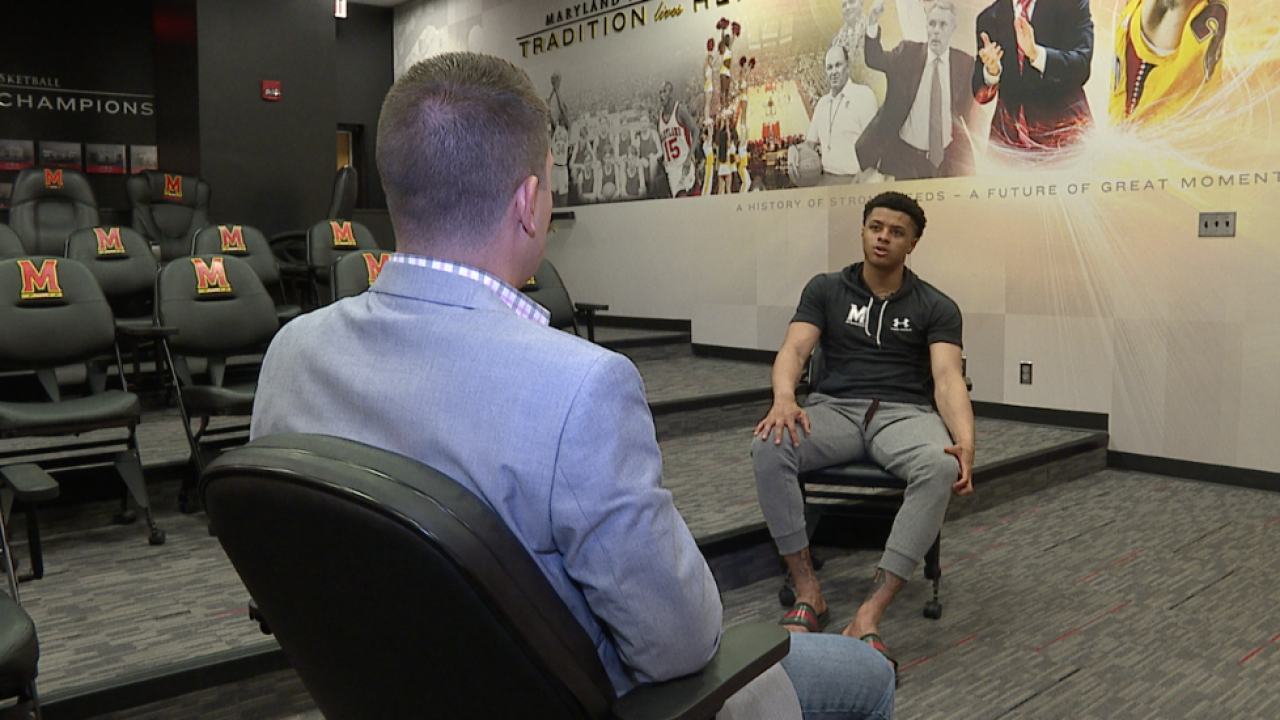 COLLEGE PARK, Md. — Anthony Cowan Jr. wants to leave a legacy at the University of Maryland. That’s part of the reason why he decided to return for his senior season with the Terps.

“I’m super excited,” he said. “I think at this point now I’m ready to leave my mark here on Maryland basketball.”

The starting guard is one of six players in program history with 1,300 career points and 400 assists. He’s 23rd on the all-time Terps scoring list with 1,376 points.

ICYMI: My 1-on-1 with #Terps guard Anthony Cowan Jr. from Friday. His thoughts on returning for his senior season, what he learned during the #NBADraft process, teaming up with @JalenSmith2000 and expectations for @TerrapinHoops. @__AntC @WMAR2News #Maryland pic.twitter.com/7XhDYU0m6C

Cowan withdrew his name from the NBA Draft before the deadline last week. He knew he wouldn’t be drafted, but he took advantage of the process. He worked out for NBA teams and got some much needed positive feedback.

“I think that was the best thing I heard, that I was doing what I was supposed to do,” he said. “Now it’s just time to bring it all together.”

Next season’s version of the Terps are being touted by many as a top-10 team nationally. They lose big man Bruno Fernando, who turned pro. But they keep, among others, Baltimore native Jalen Smith. The man they call Stix came on strong as his freshman season progressed.

“I really think he’s turned into a dog,” said Cowan about Smith. “He’s really starting to understand he can be a dominant player just like Bruno was. I don’t want to compare those two, but I think he really understands that he can be one of the dominant bigs in the country.”

And a consistent Cowan-Smith connection should make Maryland a dominant team in the country and help erase the taste of how last season ended– with a last-second loss to LSU in the second round of the NCAA Tournament.

“When you feel like you’re so close to really reaching a milestone for us, which was reaching the Sweet 16, it definitely hits hard, and it’s definitely something that you want to try to remember,” said Cowan. “I think it’s important for us. For our growth.”

Cowan said his team is actually practicing a little bit now. They are putting in a little bit of the offense. They’ll really start to get after it come August.