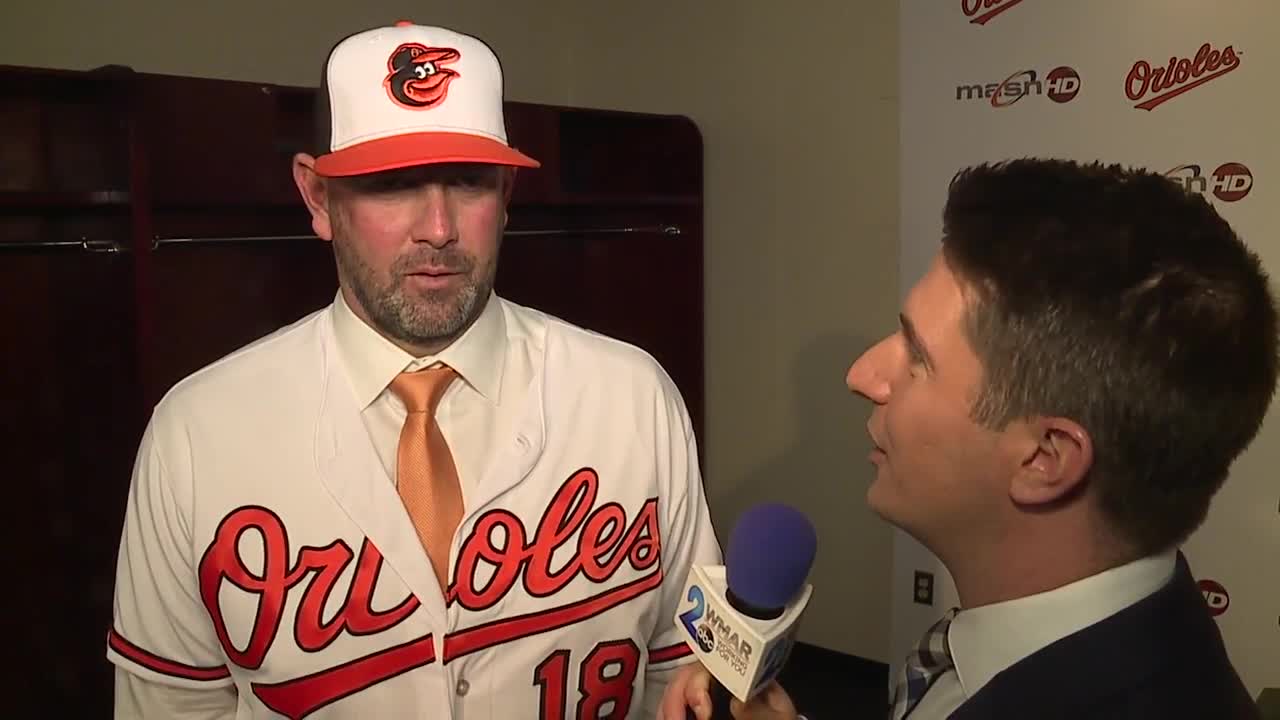 The Baltimore Orioles formally announced Brandon Hyde as their new manager Monday. WMAR 2 News Sports Reporter Shawn Stepner got a chance to talk 1-on-1 with the O's new skipper. 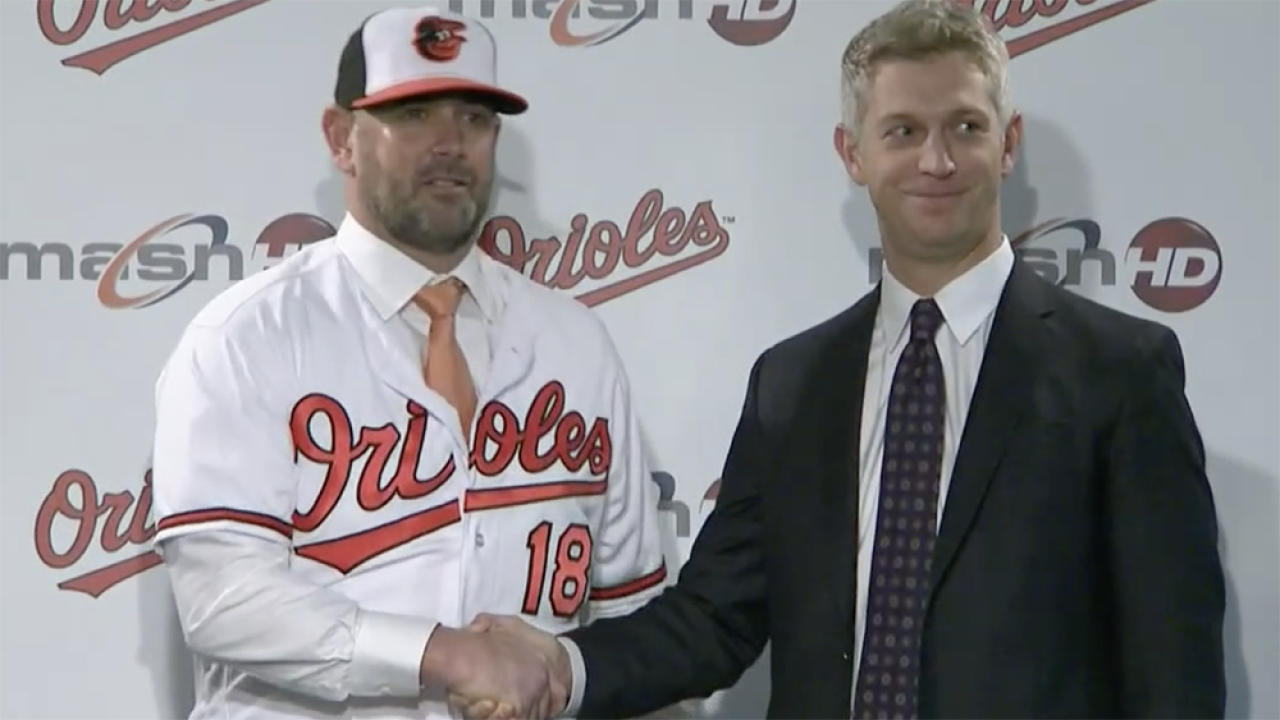 BALTIMORE — Newly named Baltimore Orioles Manager Brandon Hyde stressed his experience building great relationships with players and how that factors into their development and the development of the organization when he was introduced to the media at a press conference Monday.

Hyde said he would said he would start building those relationships swiftly, acquiring video of all his prospective roster to learn who they are on the field, and making phone calls and taking a few flights for in person visits to get to know his guys away from the game as well.

He joins the team after experience as a bench coach for the Chicago Cubs, part of their 2016 World Series Championship squad, and with extensive minor league experience for the Cubs and the Miami Marlins. He also worked in both organization’s front offices in player development.

New Orioles General Manager Mike Elias highlighted Hyde’s background as what made him an attractive candidate through what Elias called a “very intensive, very thorough search for the next manager of the Baltimore Orioles.”

Elias introduced Hyde as “the next leader of the next era of Orioles baseball.” Part of that “next era” at Camden Yards will be similar to the current trend reshaping much of baseball, an investment in and attention to advanced analytics both in player development and during in-game management.

“Our job is to provide him with the best information that we can, and clubs all across baseball are very competitive in this space right now,” Elias said of the front office supplying Hyde and his soon to be built coaching staff with useful data analysis. “All we ask of him is that he understands it, and ask questions about it, and participates in the process of producing it. It’s his job to bring his brain and his gut and everything else in the moment to moment decisions.”

Elias cited the Cubs reliance on analytics as useful experience for Hyde. Elias’ experience developing the Houston Astros into World Series Champions the year after the Cubs broke their well-known “curse” dovetails with that approach. Both men talked of cultivating a partnership between the front office and the dugout.

“We’re going to create a culture here of open thinking,” Hyde said. “That’s our gaol here, is to take where we came from and bring it here.”

When describing the type of team he hopes to lead onto the diamond, Hyde acknowledged he will coach up the talent he’s given, but he will stress hustle and smarts up and down the roster.

“I want an aggressive team that knows how to play smart,” Hyde said, “smart baseball – aggressive in the right moments, grind out at bat type attitude.”

His first big development goal will be building a coaching staff, a process he and Elias said they would begin immediately. The Orioles managerial job was the last such opening at the Major League level, and Elias acknowledged the team was a little late in the process for Hyde to be named, and thus they will be playing some catch up in filling out the staff.

With a manager in place now, Elias can shift his focus to the litany of other tasks on his itinerary of rebuilding the O’s from a woeful 2018 to campaign, to a competitive team in the American League.

“Having [Hyde] here really is going to allow me to turn my attention towards other areas of baseball operations in a more direct and focused way,” Elias said, “and I’m really looking forward to that.”