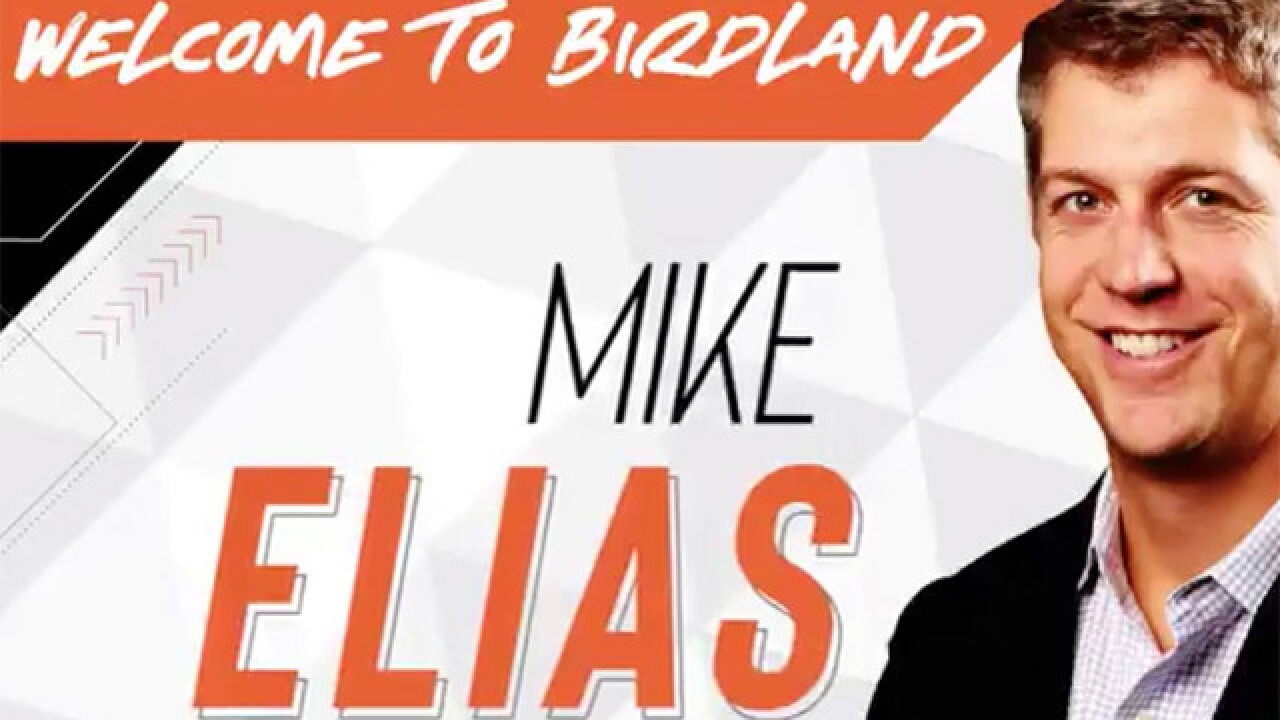 Copyright 2018 Scripps Media, Inc. All rights reserved. This material may not be published, broadcast, rewritten, or redistributed.
<p>The Orioles named Mike Elias as their new GM. (Photo courtesy of the Baltimore Orioles)</p>

The architect of the Baltimore Orioles' rebuild was announced Friday.

Mike Elias was named the team's new Executive Vice President and General manager. In this role, he'll oversee baseball operations, granting him the autonomy to build his own staff and make decision "on all baseball matters that he believes will make the Orioles successful on the field, entertaining to fans, and impactful in the community," the team said in a statement.

Elias comes from the Houston Astros organization, where he was the Assistant General Manager in charge of Player Acquisition. He joined the Texas club in 2012. With the Astros, Elias was known for his eye as a scout. He helped build what is considered one of baseball's top-ranked farm systems, the Orioles said. While in Houston, the team produced consecutive 100-win seasons, two appearances in the American League Championship Series, and won the 2017 World Series.

Prior to his time in Texas, Elias was with the St. Louis Cardinals for five years, spending the last two as the Manager of Amateur Scouting. Elias got his start in the big leagues in Missouri, becoming an amateur scout for the team in 2007.

The 35-year-old is a native of Alexandria, Va. and a 2006 graduate of Yale University, where he was a four-year letterman as a lefty pitcher for the school's baseball team.