New Maryland unemployment claims will be paid this week 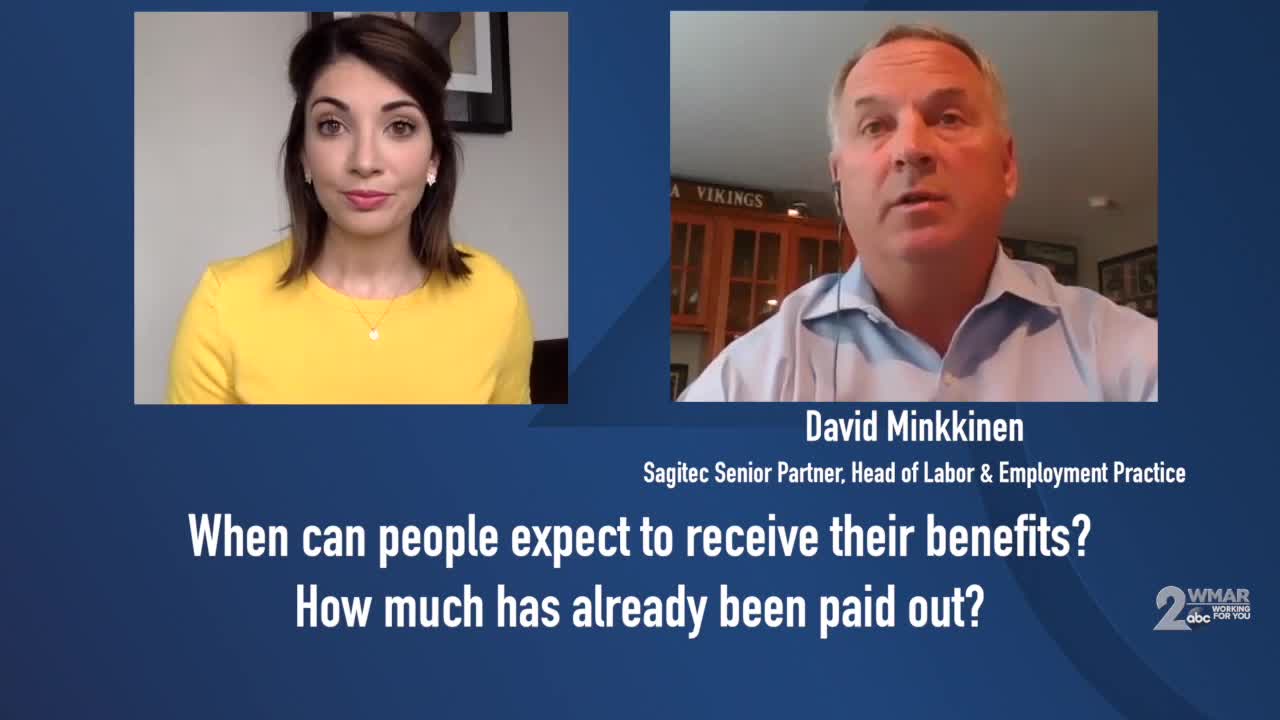 David Minkkinen, Senior Partner and Head of Sagitec’s Labor and Employment Practice, told WMAR-2 News Mallory Sofastaii in an exclusive interview on Wednesday that benefits for new claimants will be processed this Friday and they should see payments in their accounts by this weekend. 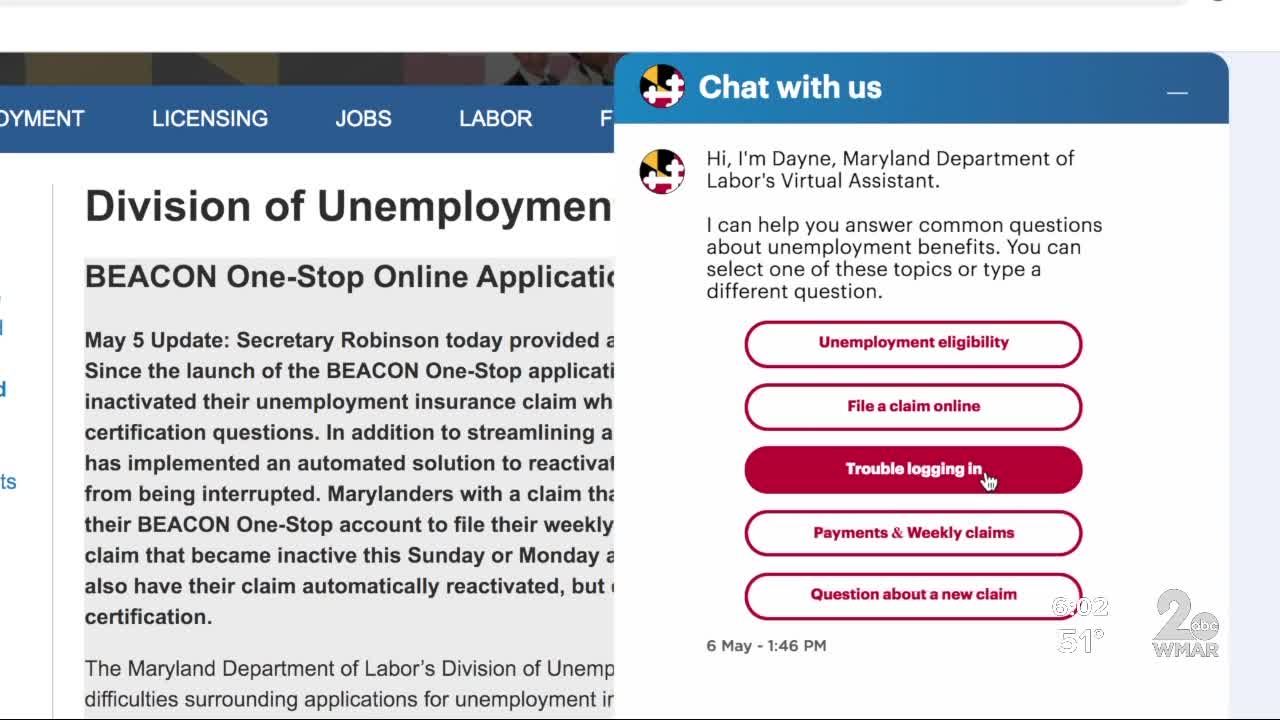 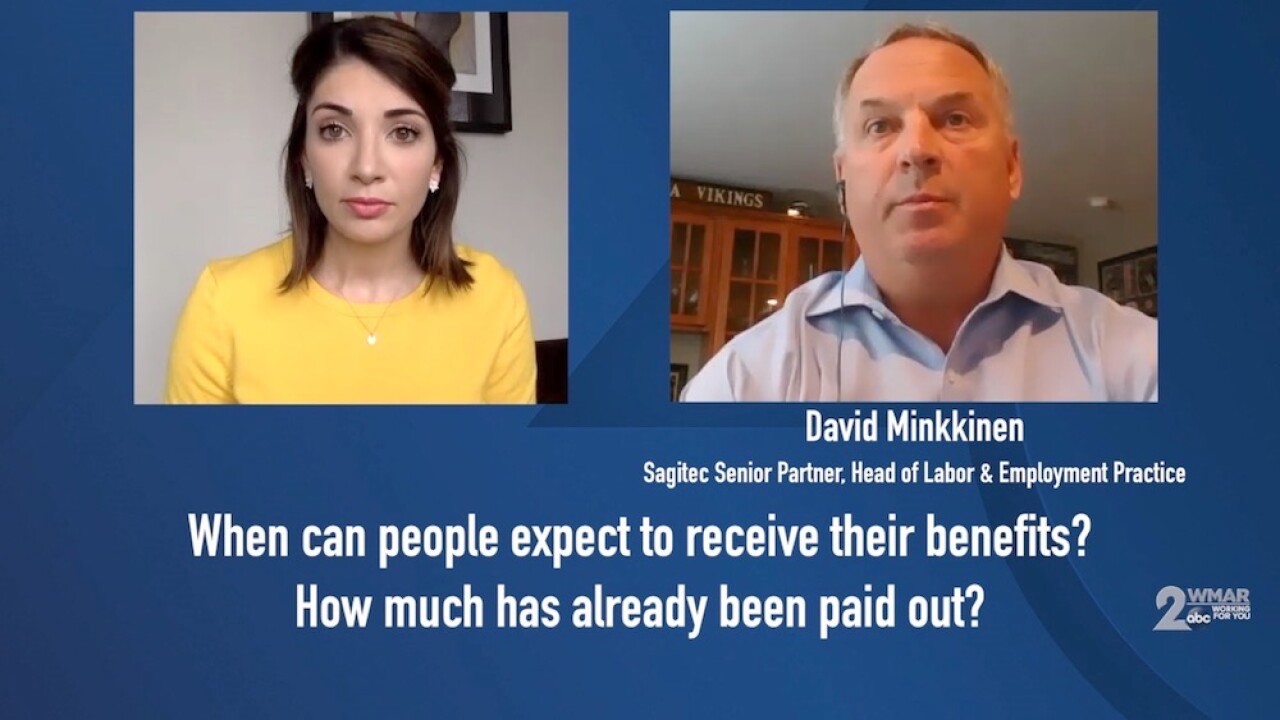 BALTIMORE — Maryland workers who have gone nearly two months without any income should receive unemployment benefits this week, according to the vendor tasked with creating the state's new claims website.

**UPDATE** On May 7, a spokesperson with Sagitec said eligible PUA and PEUC claimants should be able to see their payment amount on Saturday, but these claimants will not yet have access to their payment. They'll need their Bank of America debit cards, which could take 7-10 business days to receive.
READ MORE: Unemployment payments coming for some, others still missing

David Minkkinen, Senior Partner and Head of Sagitec’s Labor and Employment Practice, told WMAR-2 News Mallory Sofastaii in an exclusive interview on Wednesday that benefits for new claimants will be processed this Friday and they should see payments in their accounts by this weekend.

"So we’re well within the 21-day timeframe that you’re supposed to pay the claim," said Minkkinen. "And like I said, the state of Maryland is going to be one of the first states to pay out PUA (Pandemic Unemployment Assistance), there’s only half a dozen who I think are doing that."

**To see the full interview with Minkkinen, click here.**

READ MORE: Questions about Maryland unemployment? We have answers.

When asked why Maryland couldn't pay claims within 24-48 hours as seen in California, Minkkinen responded that they needed more time to integrate all of the unemployment insurance programs into one system.

"We modernized the entire claim intake process including all the federal UI programs, so it took us a little bit longer. All the other states like California, New York are actually creating stand alone PUA systems in addition to the regular system that they have, so they have two systems that are processing these claims," said Minkkinen.

While some argue that expediency should've been prioritized over modernization, Minkkinen said the new system will serve the state better in the long term.

"I would say there’s never a perfect time, but I think if we wouldn’t have done this, claimants wouldn’t be getting paid as quickly as they’re going to get paid. They’d also have to be going to multiple systems and having a worse user experience, so I think the fact that we did this was better for the citizens of Maryland and I think these investments are going to pay off long term in the future," said Minkkinen.

He added that next week they will release a new mobile application for claimants to file on their phones and tablets.

And they're planning on rolling out a live chat function at some point giving claimants another way of accessing representatives instead of waiting hours over the phone.

Since March 1, more than 380,000 Marylanders have filed for unemployment insurance benefits, according to state data.