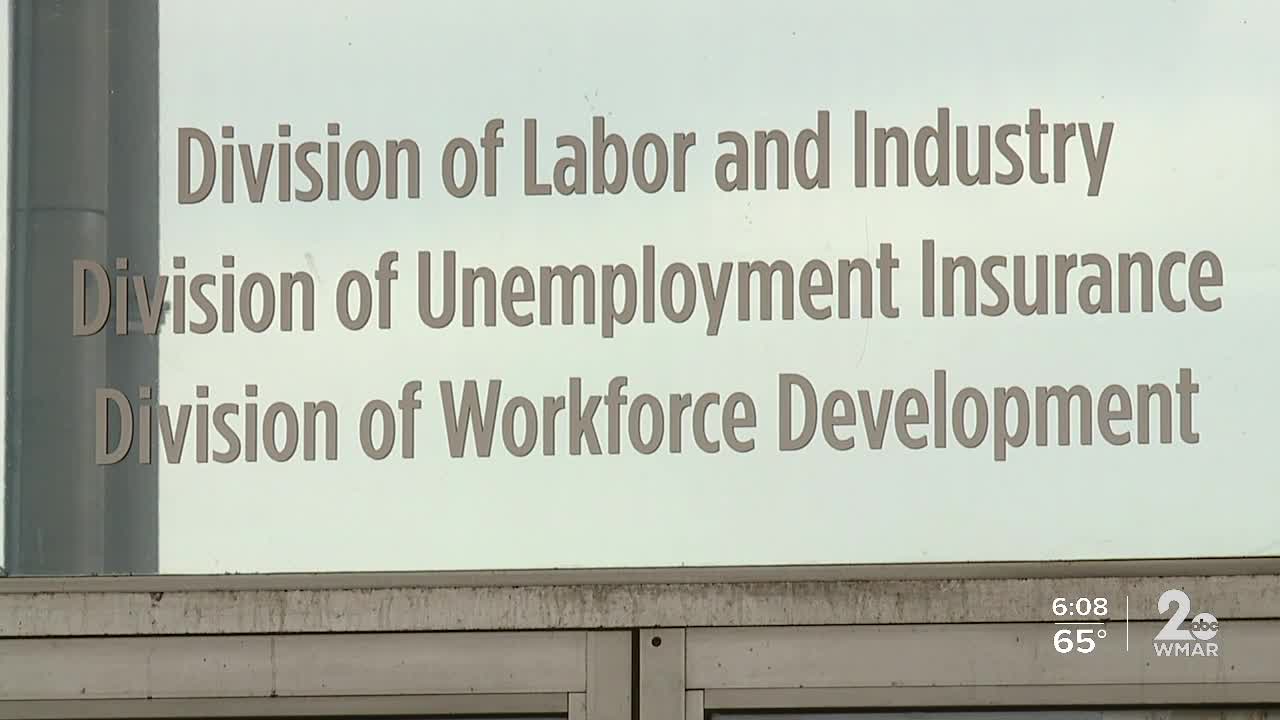 A Senate Finance Committee hearing on insurance, banks, and small business loans shifted its focus to questioning the Maryland Secretary of Labor on unemployment issues.

BALTIMORE — A Senate Finance Committee hearing on insurance, banks, and small business loans shifted its focus to questioning the Maryland Secretary of Labor on unemployment issues.

Last week, hundreds of people testified in an hours-long hearing about the frustrations they've had with the state's unemployment insurance process.

On Friday, the Senate Finance and Budget and Taxation Committees sent a letter to Governor Larry Hogan and Secretary of Labor Tiffany Robinson outlining their concerns.

During the briefing on Tuesday, Secretary Robinson said she plans to issue a response to the letter on Wednesday, but while she was on the call, senators took the opportunity to ask her more about what's being done to ensure claimants are getting paid.

"It is so very frustrating to hear all the good things that the banks are doing, but I just know there are so many people that can’t even put their money in the bank because they haven’t gotten their unemployment checks for two months, over two months," said Senator Katherine Klausmeier (D-Baltimore County), chair of the Joint Committee on Unemployment Insurance Oversight.

Robinson responded that they’re working to expedite the delivery of debit cards containing benefits, and while they've been planning to implement direct deposit, it most likely won't happen during the pandemic.

"We’ve looked at multiple options for doing that. It is coming, but it might be a difficult thing for us to do in the middle of the pandemic. We absolutely will have it in the future for our customers," Robinson said.

READ MORE: Questions about Maryland unemployment? We have answers.

She added that they've made progress in shipping debit cards to claimants.

"Last week, we actually got Bank of America to ship many of their cards from their Delaware facility instead of Tennessee to get them to our customers within 2-3 days," said Robinson.

And Robinson said the bank has encountered its own issues with generating debit cards.

"Bank of America had some supply issues with plastic for its debit cards and so they’ve had to work through some of those issues when this pandemic started just because of demand across the country, not only in Maryland," said Robinson.

Senator Brian Feldman, vice-chair of the Finance Committee, then asked lawmakers to redirect their questioning to topics previously scheduled on the agenda.

"Although we have Secretary Robinson here, I think the reason we didn’t want to press too much more on the UI was there was no public notice this hearing was going to include that. I think it’s good we got it out there because of last week’s nine-hour hearing and all the rest, but I don’t want the hearing or the briefing to devolve too much into a topic we didn’t give the public notice we were going to be getting into the weeds on ,” said Senator Feldman.

But before the conversation shifted, Senator Antonio Hayes (D-Baltimore City) asked Robinson whether she plans to change the contract with Bank of America to issue payments electronically.

As of last week, 135,533 unemployment claims were still pending adjudication. WMAR-2 News Mallory Sofastaii requested an update from the Deparment of Labor several times but never heard back.