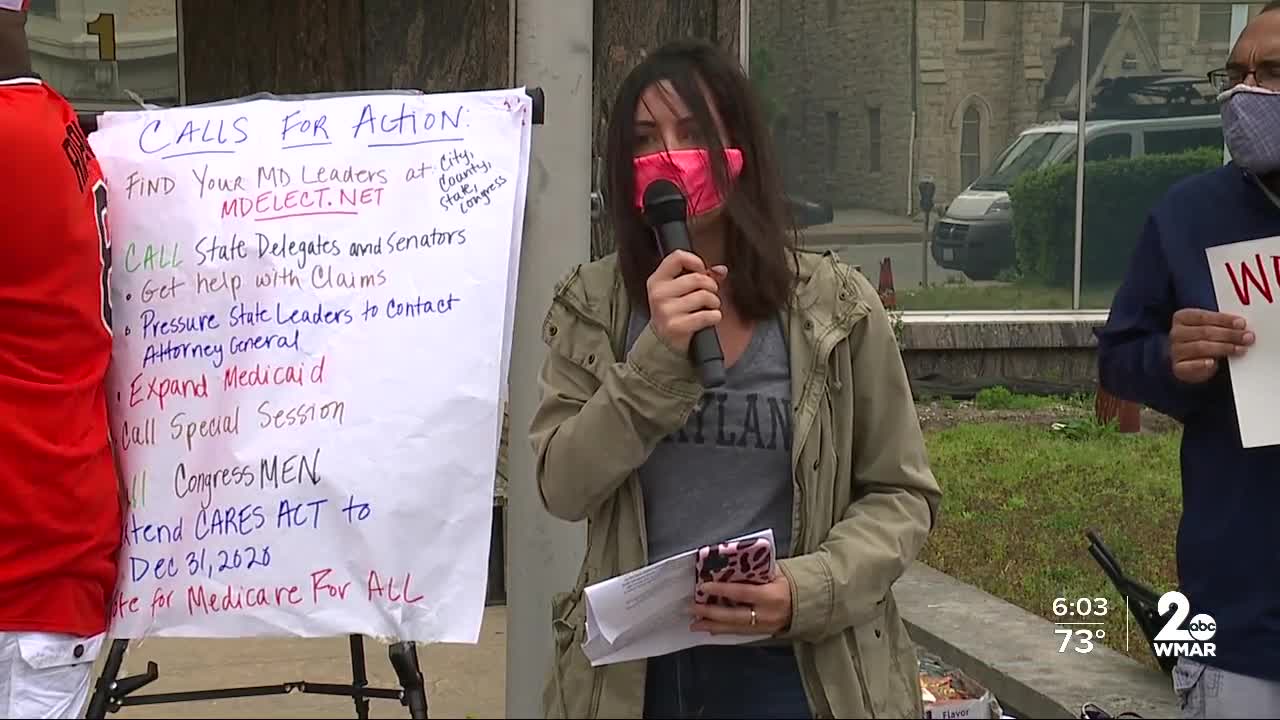 A handful of protesters took their grievances with the Maryland unemployment system to the front steps of the Department of Labor's office building in Baltimore. 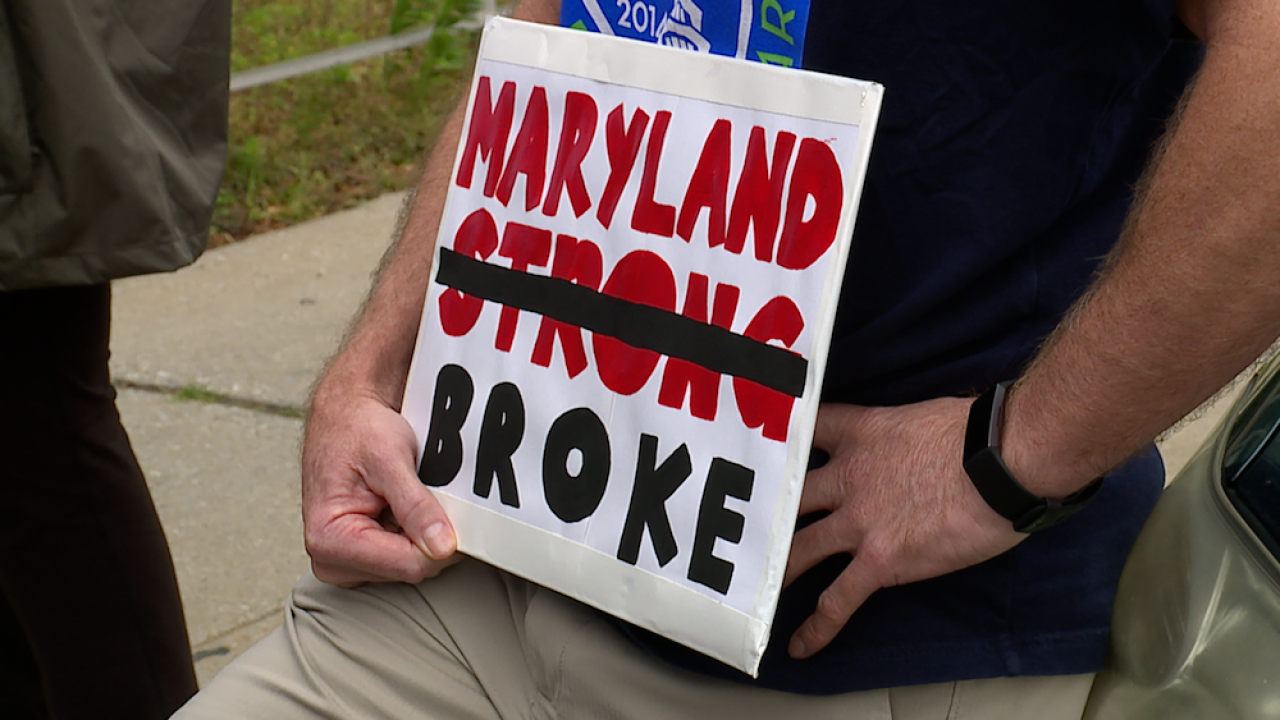 BALTIMORE — A handful of protesters took their grievances with the Maryland unemployment system to the front steps of the Department of Labor's office building in Baltimore.

While tens of thousands of claimants continue to express their frustrations online in various Facebook groups, the small crowd that gathered Wednesday morning wanted to send a message to Governor Larry Hogan.

"My story’s no different than everyone else -- we can’t get through, we’re not getting paid, it’s been seven weeks, eight weeks, 12 weeks for some people, but when these people are typing their thoughts and feelings in there, they’re crying behind their keyboard. That’s what got me out today," said Darin Voss, who filed for unemployment insurance benefits seven weeks ago.

Protest organizers issued their demands ahead of the demonstration. They include immediately releasing funds to anyone waiting more than four weeks for payment, regardless of filing status; waiving unreasonable delays to payments such as interviews that are backed up several weeks; increasing transparency to claimants on their application status; and improving the phone system.

"It is the bare minimum right for us to speak to a human being during this time. This is an emergency and a global crisis and we can’t even get through to a human being on the phone," said Susannah Sack, one of the protest organizers.

More than 1,800 people have signed a petition demanding that Maryland's unemployment system be fixed.

U.S. Senator Chris Van Hollen (D-Md.) and the Maryland Congressional Delegation also sent the governor a letter last week calling for similar reforms, but he says not much has changed.

"We’ve been very frustrated, and continue to be so. This is by far the number one constituent issue," said Senator Van Hollen.

Of the 1,000 claims his office has personally submitted to the Department of Labor, he estimates only 100 have been resolved.

In a statement, a spokeswoman with the Department of Labor wrote:

Nothing is more important to us than ensuring that all eligible claimants receive the benefits they are entitled to under the law.

Maryland was one of the first states in the country to pay unemployment benefits for all three CARES Act programs. Because we acted early, we have paid out well over $2 billion in benefits to hundreds of thousands of Marylanders. Our department recently implemented an IT solution that has led to additional substantial progress.

However, the U.S. Department of Labor continues to reiterate that we must verify the eligibility of all claimants to maintain program integrity. While some are calling for benefit payments to be made regardless of filing status, federal guidance requires 'that states maintain key eligibility determination processes for regular
UC claims in order to be in conformity and compliance with federal UC laws.'

We have asked the members of our congressional delegation for any assistance they are able to provide in addressing these federal regulations.

Senator Van Hollen noted that other states have been able to do both and efficiently.

"We’re way behind and that’s not a function of the federal government. All those states are playing by the same rules," Van Hollen said.

Hearing success stories in other states, continues to fuel questions on why so many Marylanders are still waiting on benefits.

"Our governor has the authority to fix this, it’s just gotta be a priority," said Delegate Heather Bagnall, (D) Anne Arundel County.

Van Hollen added that he supports extending emergency unemployment provisions under the federal CARES Act, which are set to expire July 31.

As of last Thursday, 361,578 claims had been paid, 70,804 claims were still pending adjudication, and 96,537 claims were denied, according to the Department of Labor.

Updated data is expected to be released on Thursday after weekly unemployment claims are reported.

WMAR-2 News Mallory Sofastaii reached out to the governor's office. This story will be updated with their response.