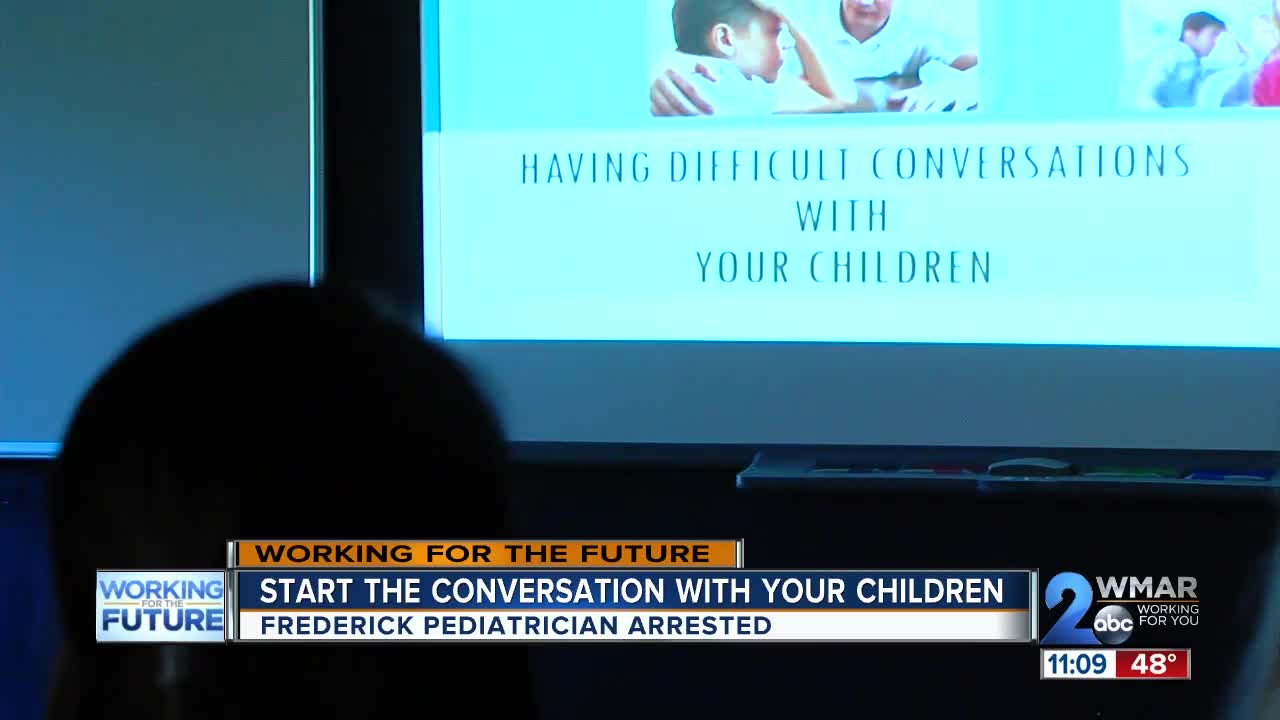 On Tuesday night, the Frederick Police Department held a community discussion about ways parents can talk to their kids about body boundaries and sexual assault. 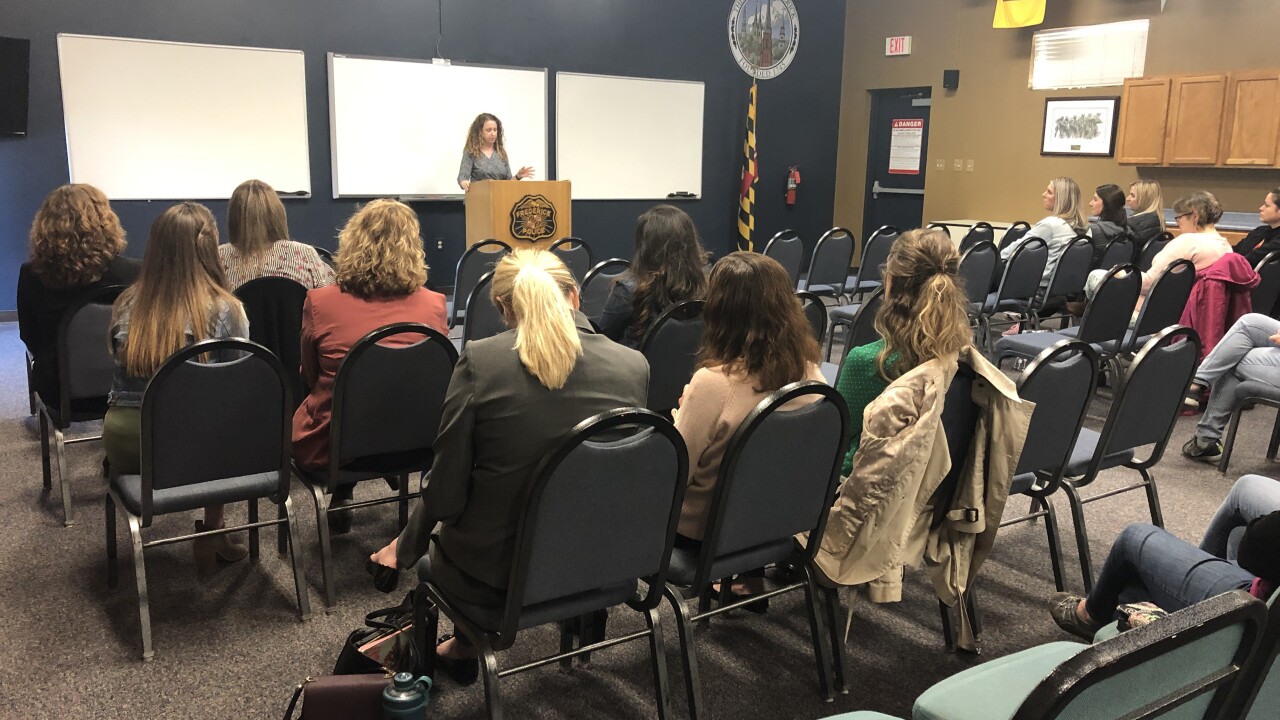 FREDERICK, Md. — "We have to give them the tools to protect themselves," said Robin Gove, the Director of the Child Advocacy Center.

She started off the discussion on Tuesday night at the Frederick Police Department about body boundaries and sexual assault. She talked about talking with your children about safe and unsafe touch.

The topic was sparked after a Frederick pediatrician was arrested. Ernesto Torres, 68, is accused of inappropriately touching one of his patients. Michele Bowman, the Public Information Officer for the Frederick Police Department, said after they released this information they got calls from concerned parents in the community who didn't know how to talk about this with their children. That's why they decided to hold a community discussion with members from the Child Advocacy Center, the Department of Social Service, the Victims Services Unit with the Frederick Police Department and the State Attorney's Office.

"We were trying to bring something positive out of a very sad situation," said Bowman.

She also mentioned after Torres was arrested more people have come forward and detectives are interviewing them to see if they are victims and if Torres will face additional charges.

In the meantime, Bowman said parents must start this uncomfortable conversation with their children.

"I’ve had this conversation with my daughter but I figured there’s always new things I can learn regarding the touchy subject," said Ruth Flores, a mother of a 12-year-old girl. "I cannot imagine the regret that we would have if something were to happen to our child, we’d think, 'what if? What if I had discussed this ahead of time?,' and I just would not want to be in that situation that I could have done something."

Lauri Edwards sat in the same row as Flores. Edwards has an 8 year old, a 6 year old and 4 year old.

"I need to be able to talk to my kids so that they can be safe and feel that they can trust me and tell me things. So I need pointers and tips so they can do that," said Edwards.

She hopes this dialogue will continue to help all children, and especially kids with special needs since her youngest has down syndrome.

"He’s not verbal; he can’t tell me," said Edwards. "I really need to learn how to have a conversation with him."

For tips on how to talk with your child, click here. Gove gave an example of putting a hula hoop around your child and explaining no one should enter that circle. She also said to explain to your child, no one should touch what covers your bathing suit.