FORECAST: Rain On The Way
NewsVoice for Veterans

Inside the first military history museum in a Maryland school 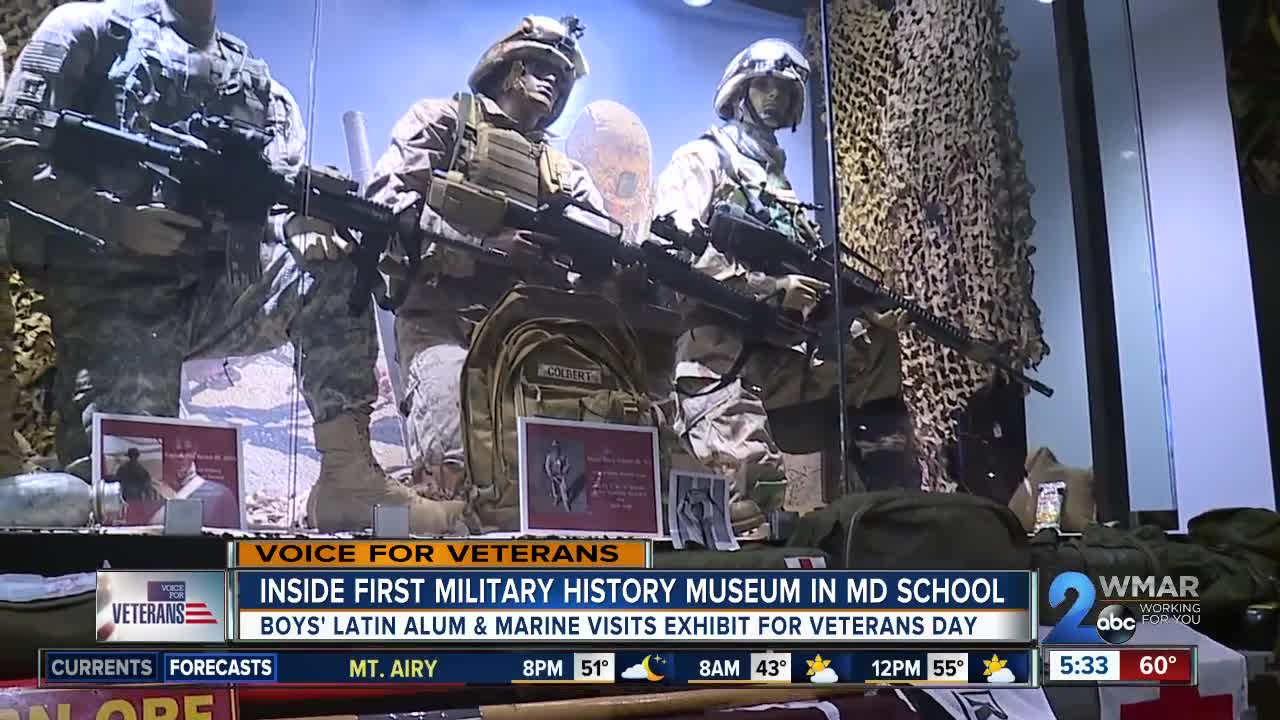 Nestled inside the Boys' Latin School in Baltimore is a hidden gem that chronicles America's military history. 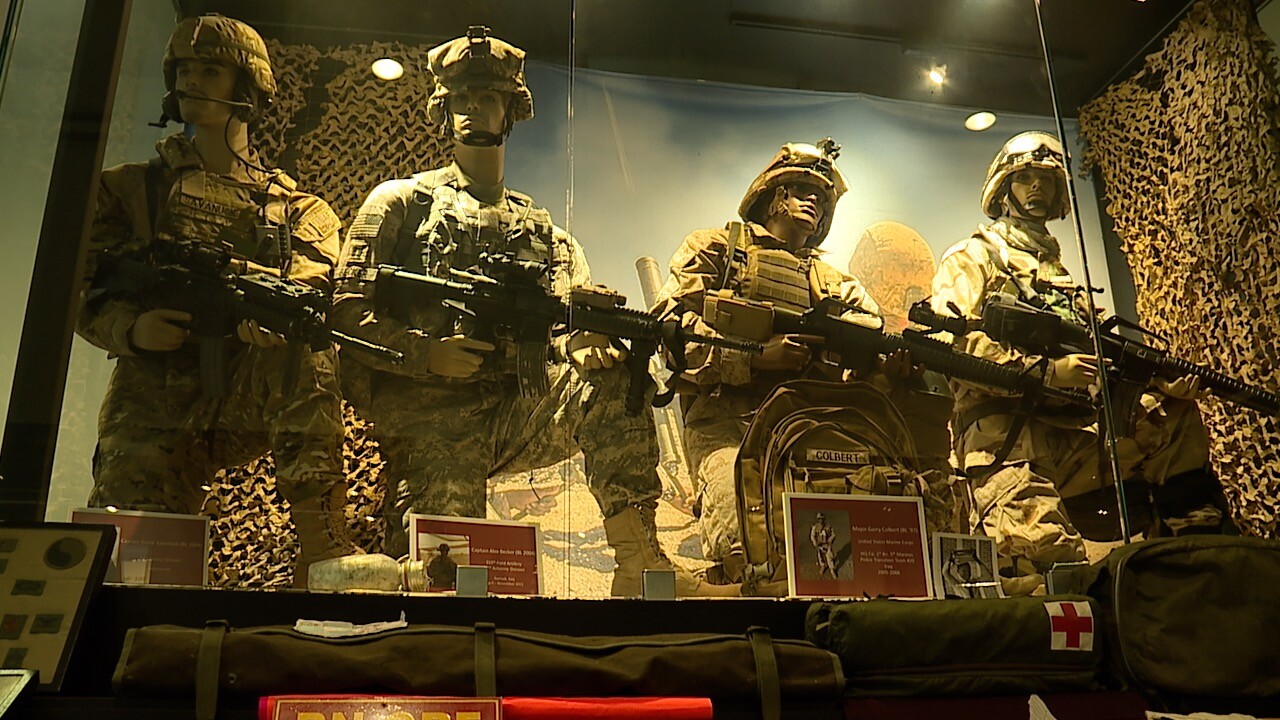 BALTIMORE (WMAR) — Nestled inside the Boys' Latin School in Baltimore is a hidden gem that chronicles America's military history.

"I was literally in awe at the amount and attention to detail that went towards creating these exhibits," said Maj. Garry Colbert.

"Everything in this case is original, except for that French baguette," said curator Butch Maisel.

From uniforms to a candy bar, every artifact in the museum was carefully and methodically curated to capture 200 years of history from the Revolutionary War to the War on Terror.

"You get to see all the things that a common solider would have had in a combat situation," said Maisel.

It tells the stories of veterans and active duty service members, like Colbert.

"I had a tough time understanding how just little old me could be in the museum among people, great people. Some who have died serving this country. It's very humbling and it's awe-inspiring to realize I'm in this club of people," said Colbert.

It's a collection that also stands out because of where it's located at a Baltimore school. The Center for Military History at Boys' Latin is the only museum of its kind on the campus of a Maryland school.