Fundraiser for disabled veteran who lost home in fire 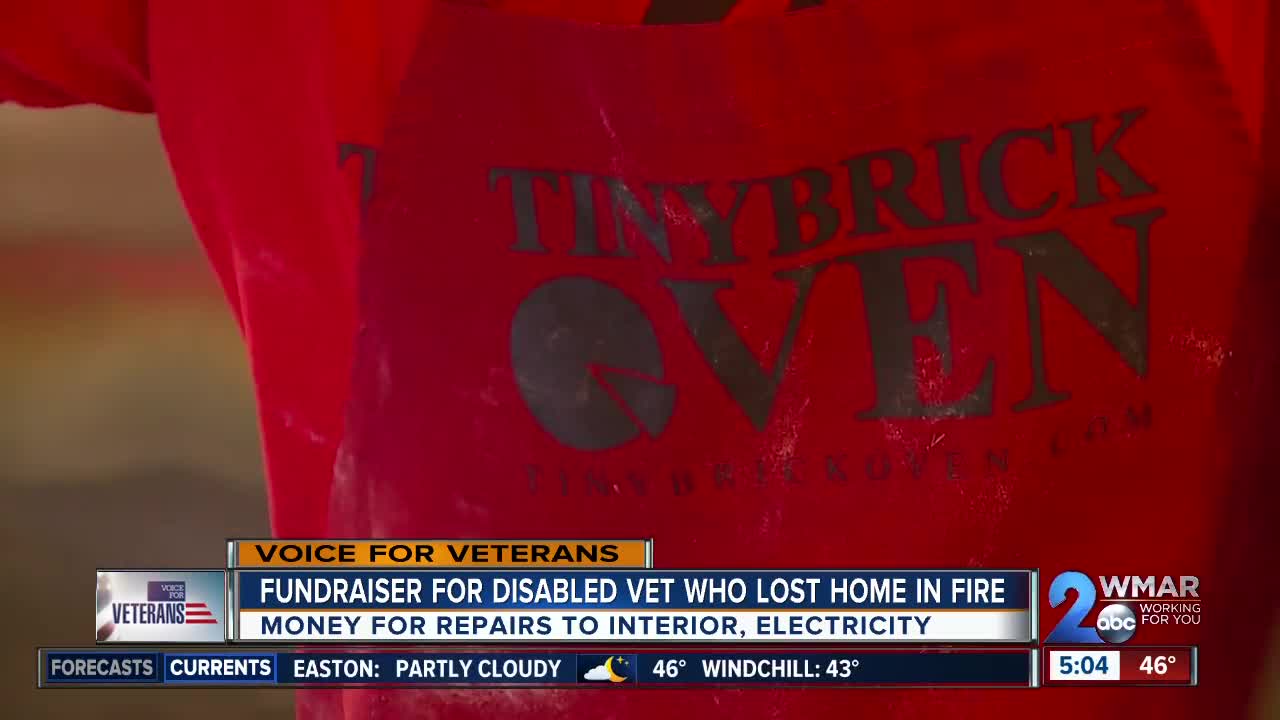 A South Baltimore business is raising money to help with home repairs so that Frank can move back home.

BALTIMORE — “It's just been a whole total mess the past couple days,” said Shirley May.

Since Baltimore city code enforcement officers boarded up Shirley May and her father Frank’s Pigtown home Monday, they’re only had small bits of good news. Shirley was able to rescue three of her four cats stuck inside and Frank is staying with his brother.

“If it wasn't for him, I'd been walking the streets,” said Frank.

They still don’t understand why their home was boarded up and don’t know what to do next.

“My roof was fixed when they were saying it wasn't fixed,” said Shirley.

“Instead of helping me, they are hurting me,” said Frank.

But since this Vietnam veteran’s story was shared, many people have stepped up to help. That includes Will Fagg, who owns TinyBrickOven Pizza and Gelato on Light Street in Federal Hill.

He’s only been open for a few months but he wanted to give back, from one veteran to another.

Wednesday, he is donating 20 percent of all sales to Frank and his family to help finish home repairs, like restoring electricity.

“You get to eat delicious food and help a veteran so it seems like a no brainer to me,” said Fagg.

“People that don't have to help me are the ones that are there for me, like my little guardian angels,” said Frank.

He’s very appreciative and just hopes he can go home soon. Monday, the Baltimore City Department of Housing and Community Development said the home was boarded up because there was no roof, making it uninhabitable. However, Shirley and a contractor have said the roof has been fixed. Then Wednesday, the department said there were multiple items that required attention according to the Code and they will let WMAR-2 News know when they get a current status from inspectors.

Frank was taken to the ER Wednesday afternoon for a bad cough and his family thinks it may be from smoke inhalation from the Nov. 20 fire. He is doing much better and applied for a grant through the VA.