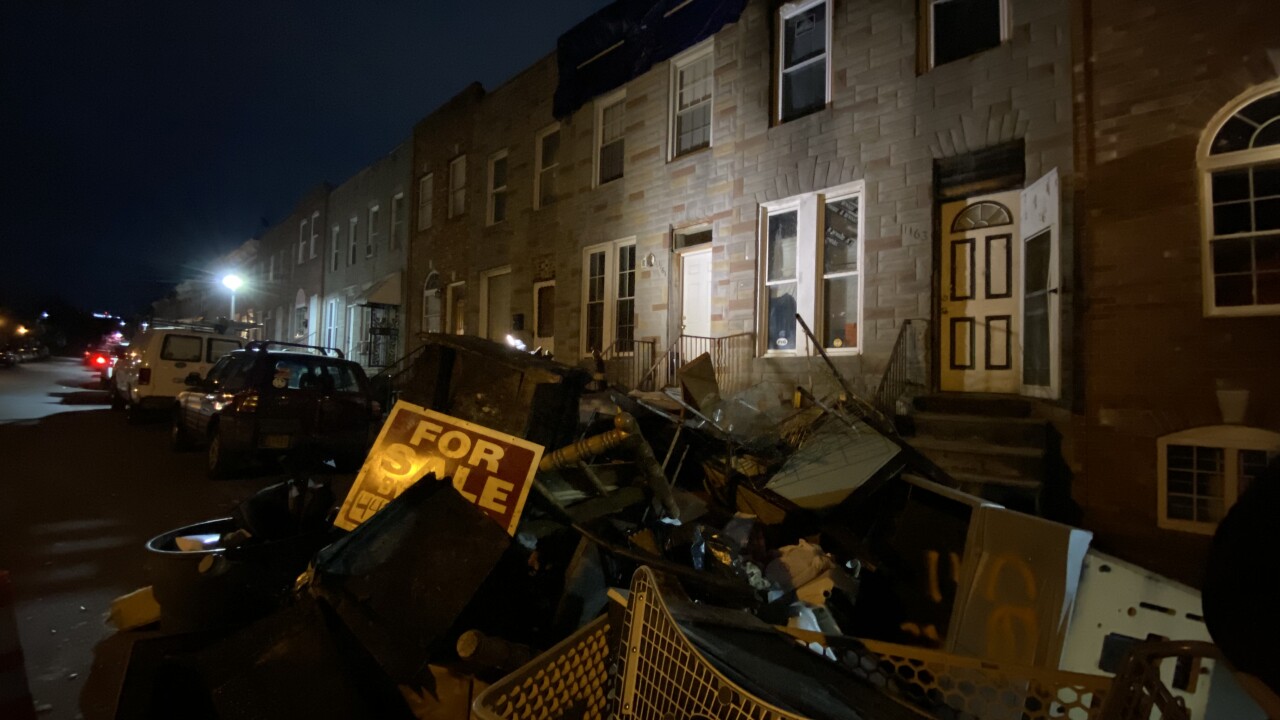 Debris left on a South Baltimore Street after a house fire. 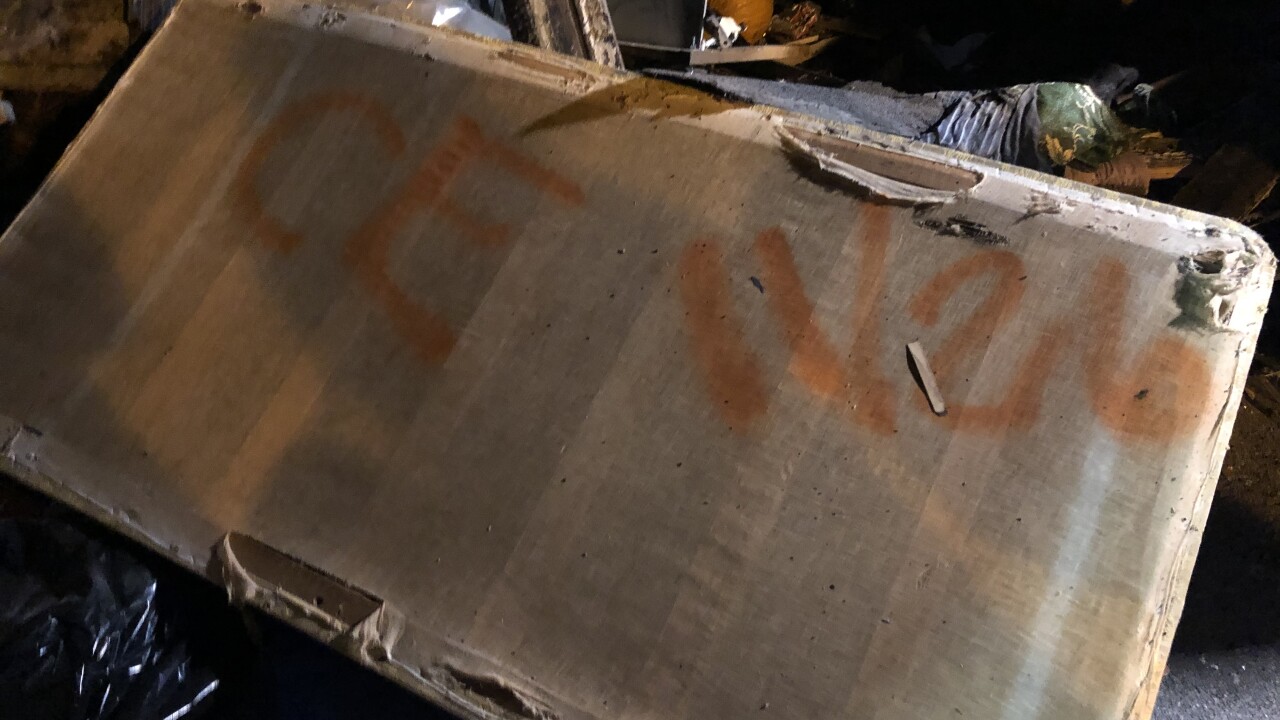 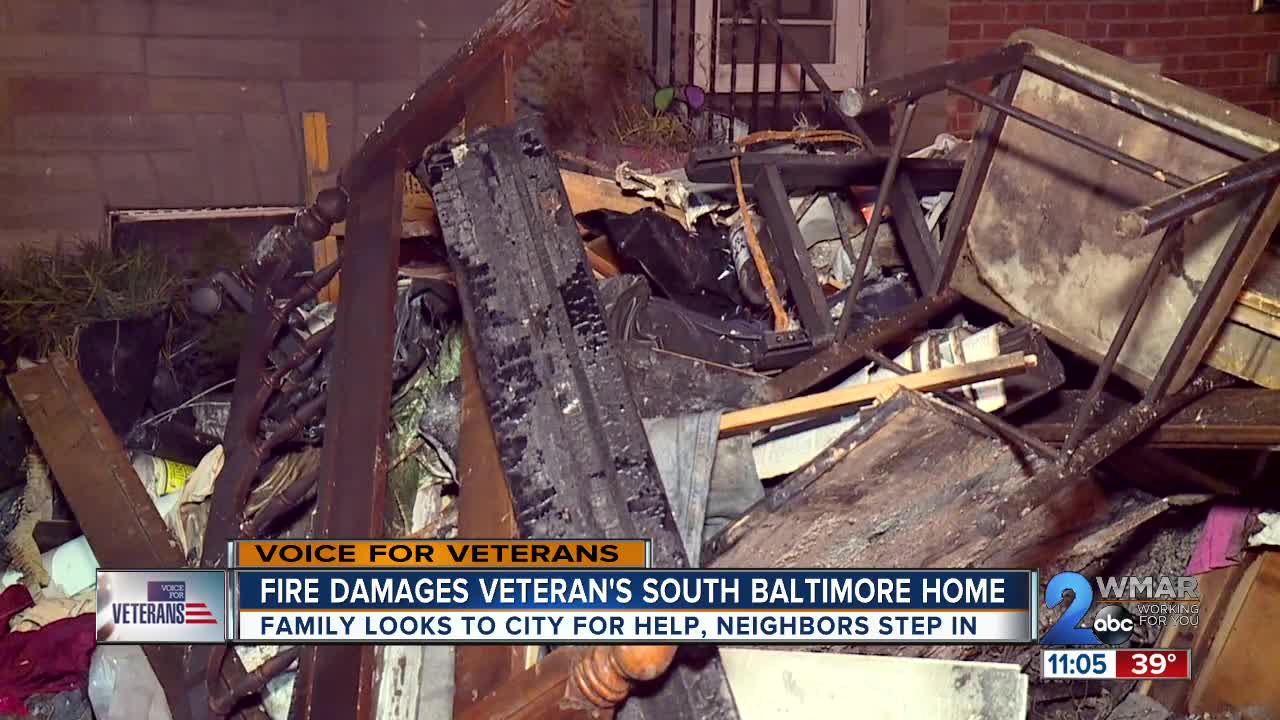 SOUTH BALTIMORE, Md. — Soot covers the stone. Debris fills the street. That's the aftermath of an electrical fire at a South Baltimore home.

"The wall just exploded," said Frank May, a U.S. Marine Corps Veteran who was home when the fire started in his bedroom. He said a few days before the fire, the lights in his home were flickering. The entire upstairs was damaged with smoke and all of his bedroom furniture had to be thrown out. That furniture now sits on his street.

"The night of the fire, the fire department told me they would actually get somebody to come out and clean up everything and it’s going on two weeks and nobodies came out," said Shirley, Frank's daughter who lives with him.

The Baltimore City Fire Chief said,"the Fire department has released the scene and sent a ticket to Public Works for the clean up of the debris." The media contact for Baltimore City's Department of Public Works said, on Friday night, they would check into it. Some of the furniture in front of Frank's home has the date 11/26 spray painted on it, as well as "CE."

Since the debris is still in the street, one of Frank's neighbors posted on Facebook asking for the community's help. Jennifer Guy said it was her way of returning the favor since Frank always looks out for everyone. She said, "He sits outside a lot and observes so he's just always looking out for everybody."

The May family is grateful for everything the community is doing to help, potentially helping to clean up the debris if the city doesn't and supplying food and clothes for Frank.

Frank refuses to leave his home, despite the vacate sign hung in the window. "I got no where to go and this is my house! To me, this house is everything. It was my mother's house," said Frank. He's staying on the first floor where the fire didn't reach with no electricity.

Shirley said inspectors will remove the sign once they get their windows fixed and a new roof. The windows were already fixed and the roof is getting fixed next week. Once that's done and the debris is cleaned up, Shirley said she can "start working on the inside of the house to get the electrical back up and so we can live there and make it a home again."

The biggest struggle they face is paying for the projects since they did not have homeowner's insurance. If you would like to help the May family, click here.

The May's direct next door neighbors on each side suffered some damages but they did have insurance and their homes are still considered liveable.