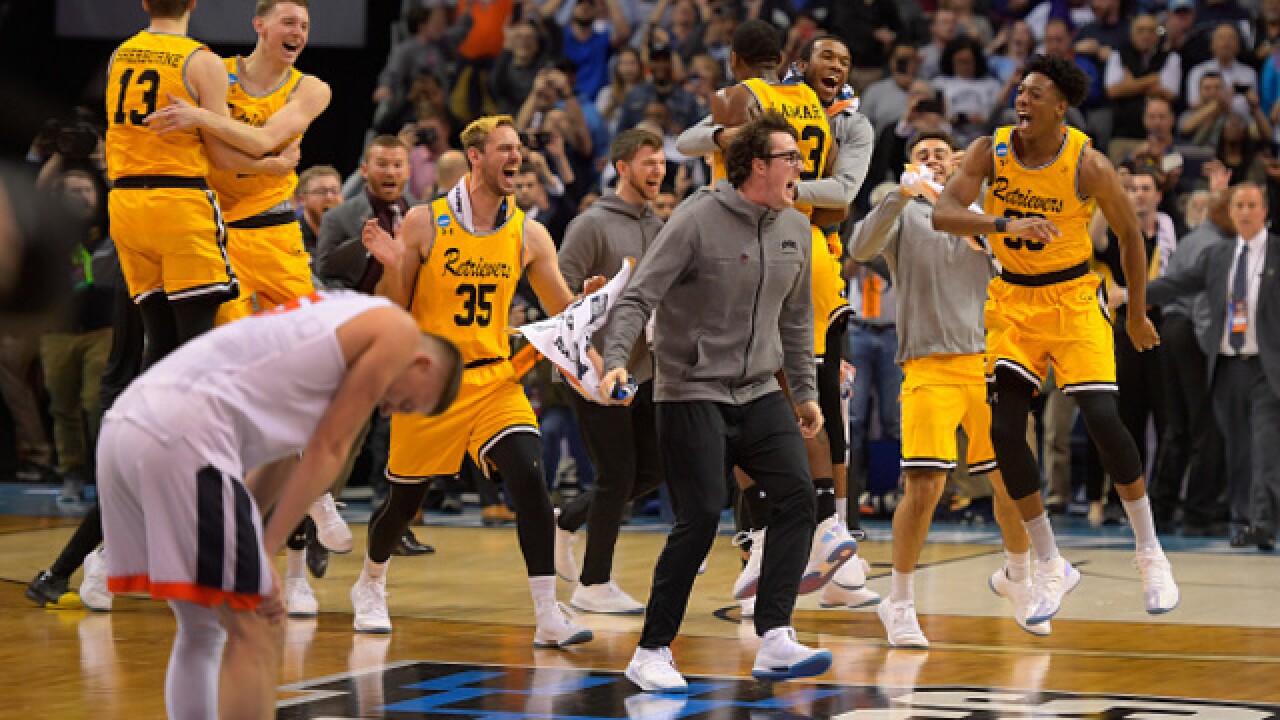 Copyright 2018 Scripps Media, Inc. All rights reserved. This material may not be published, broadcast, rewritten, or redistributed.
The Washington Post
<p>Charlotte NC - MARCH 16: Virginia guard Kyle Guy (5), left, reacts to UMBC celebrating as UMBC upsets the University of Virginia in the 1st round for the mens NCAA basketball tournament at the Spectrum Center in Charlotte NC on March 16, 2018 . (Photo by John McDonnell/The Washington Post via Getty Images)</p> 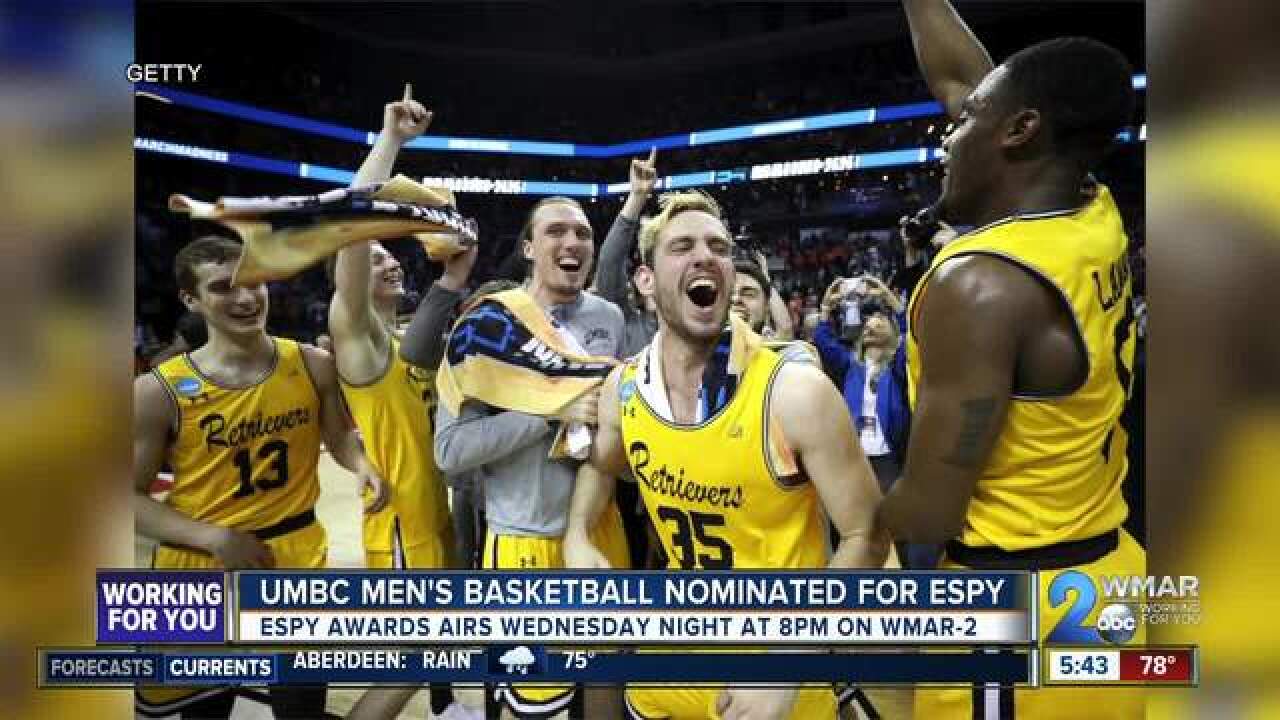 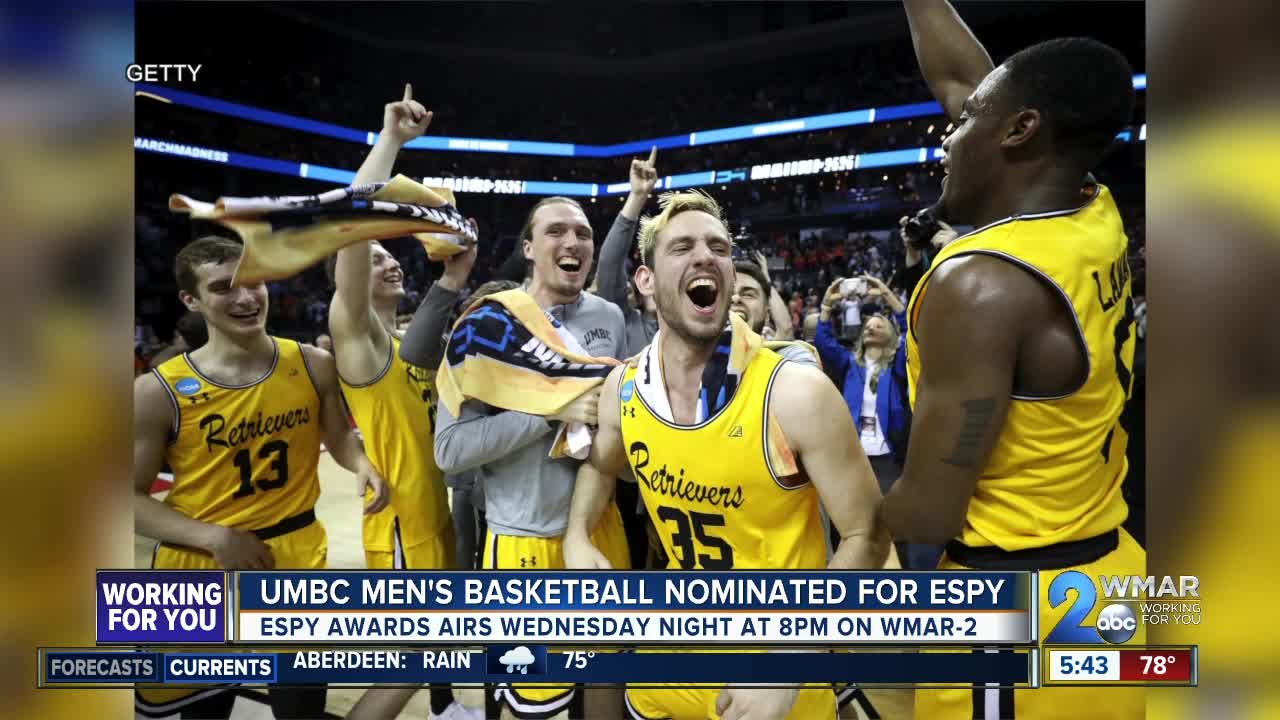 It was one of the most memorable nights in Baltimore sports history.

And the team that pulled it off is once again in the spotlight.

The Retrievers are up for an ESPY Award.

ESPY stands for Excellence in Sports Performance Yearly. It’s ESPN’s way of recognizing the best in athletics from the past year.  The Awards show goes down Wednesday night and UMBC could be taking home some hardware.

"It's going to be a cool experience. Everyone dreams of being out on the red carpet at some point in their life," said UMBC forward/center Nolan Gerrity.

A handful of members from that team, along with Coach Ryan Odom, will be representing UMBC at the ESPY’s. They departed BWI for Los Angeles, site of the awards show, Tuesday afternoon.

They are one of four 'Best Moment' nominees. They want to win it.

"That would be a crazy accomplishment for not only me, myself, but the team, the program and the University," said former UMBC guard Jourdan Grant. "It would be big time for everybody. It would be another crazy thing that's happened this year for us. I think that would really top it off."

"I'm not ashamed to say I watch the highlights all the time. Probably my most watched YouTube video ever," said UMBC forward Joe Sherburne.

So what do they think about their chances at winning?

"I think we got it in the bag because there are a lot of great moments up for it but this is the first time that an event like ours  has ever occurred," said Gerrity.

"I'm thinking we're going to win an ESPY," added Sherburne. "Nolan and I are going to be preparing our speeches mid-flight if we get a chance to say anything. Who knows what we'll say? I'm hoping we win."

Fans vote on who they want to win.

You can vote for UMBC by clicking here.

Voting is open until the ESPY Awards begin on Wednesday night. The show airs live on WMAR-2.  It starts at 8-P-M.