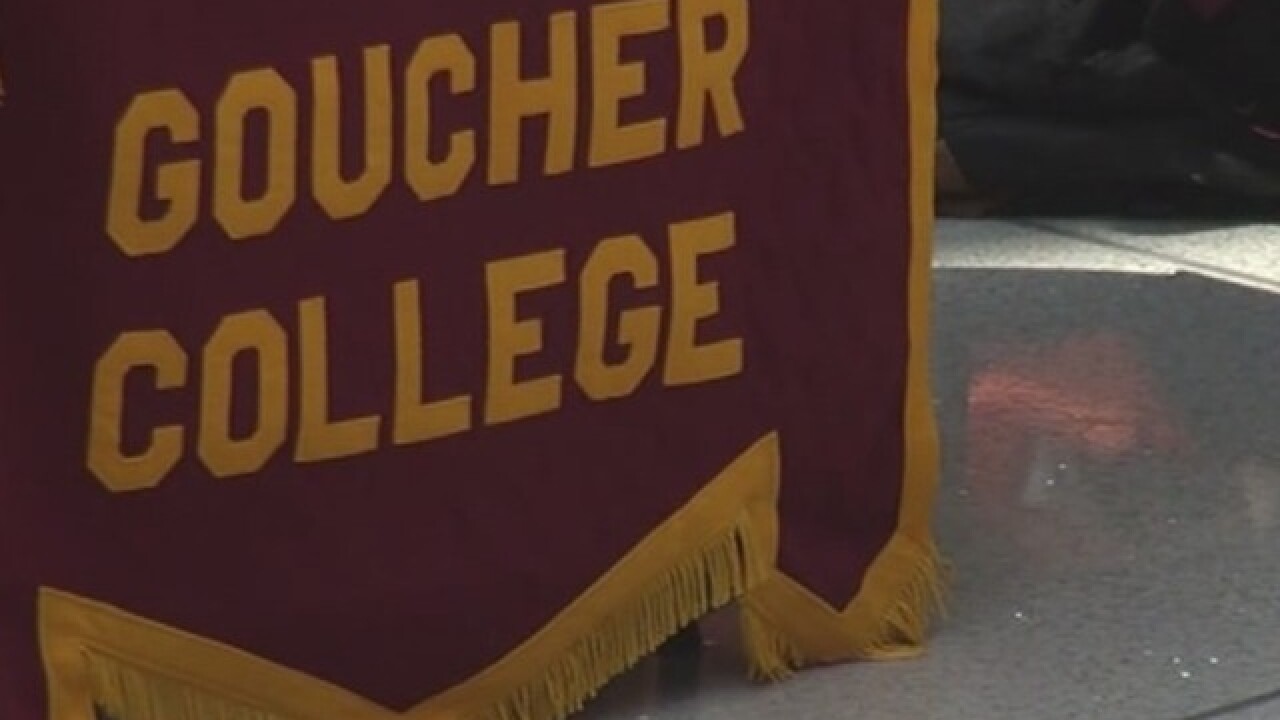 Some students at Goucher College are holding a protest on Friday after another student found graffiti threatening specific black students on campus.

A student at Goucher College reported the incident to campus security after finding the vandalism on the first floor of the Heubeck-Jeffery building just after 4:30 a.m. on Wednesday.

Baltimore County Police say the graffiti was written in black sharpie and included a swastika as well as threats toward African Americans. Additionally, room numbers of three African American students were also written in the stall.

Authorities say the students in those rooms have no relationship and nothing in common other than their race.

Police are still searching for the person who put it there.

Friday's protest is scheduled to take place inside Mary Fisher Hall from 11 a.m. to 2 p.m.