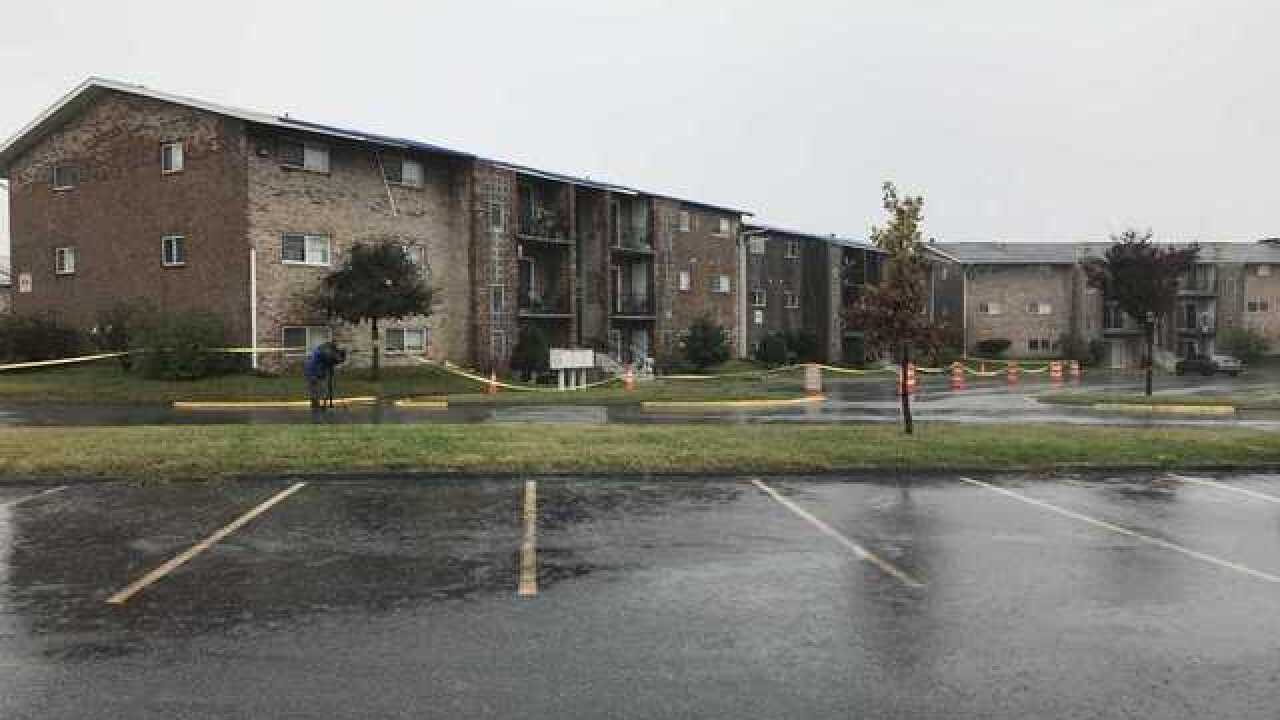 Copyright 2018 Scripps Media, Inc. All rights reserved. This material may not be published, broadcast, rewritten, or redistributed.
<p>Holabird East Apartments were damaged in a Tornado last week. (WMAR 2 News photo)</p>

Donations are being sought for residents who were displaced when a tornado damaged their Dundalk apartment complex last weekend.

The Holabird East apartments were damaged during the storms. The storms produced several tornados in the area, causing extensive damage.

READ MORE: Two contractors were killed at the Amazon facility in Baltimore due to storm damage

READ MORE: The National Weather Service says an EF-1 tornado is the cause of Mt. Airy's severe storm damage

Those looking to help the displaced residents can drop off donations from 10 a.m. to 1 p.m. at 4 Georges Court in Dundalk. Residents are in need of "pretty much anything," Little said, enumerating clothing, toiletries, health items, etc.

Amanda Little, an employee of for Holabird East Apartments, said nearly everyone from the building has been successfully relocated and in "really good spirits." They prioritized finding new lodging for residents who had no other options for a place to stay following the storms.

"We worked on getting the ones who had nowhere to go in first," Little said.