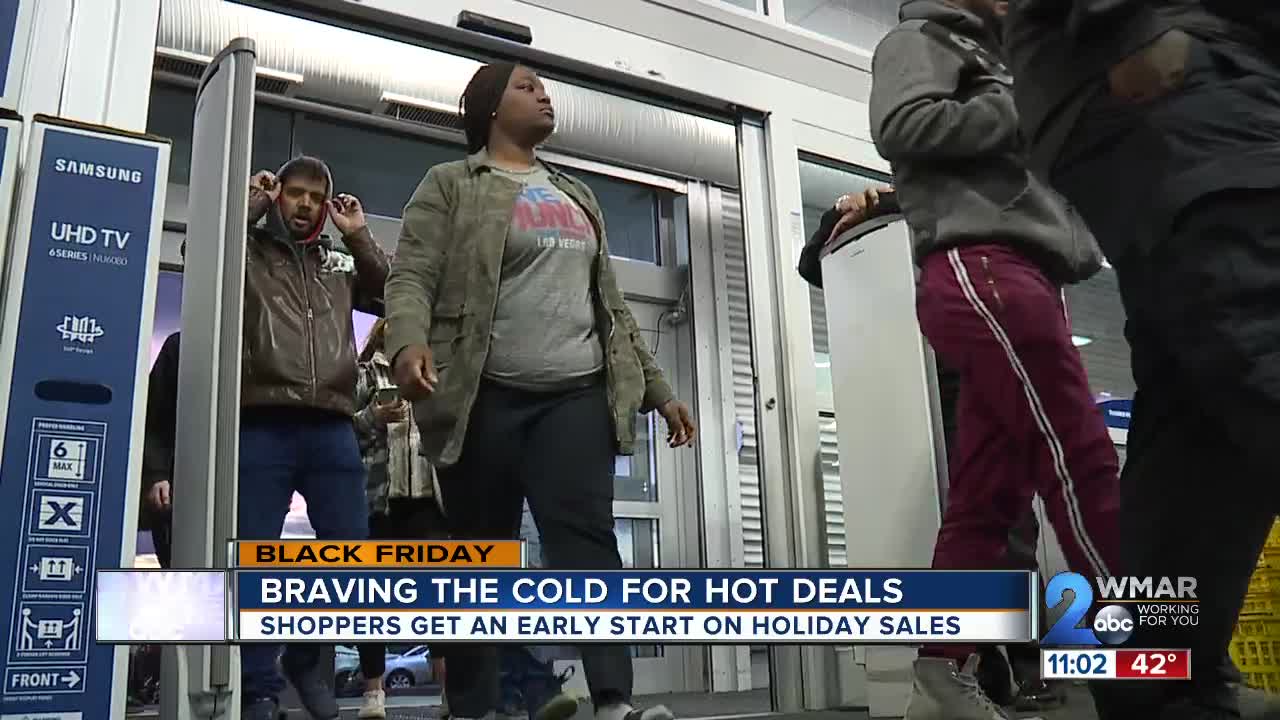 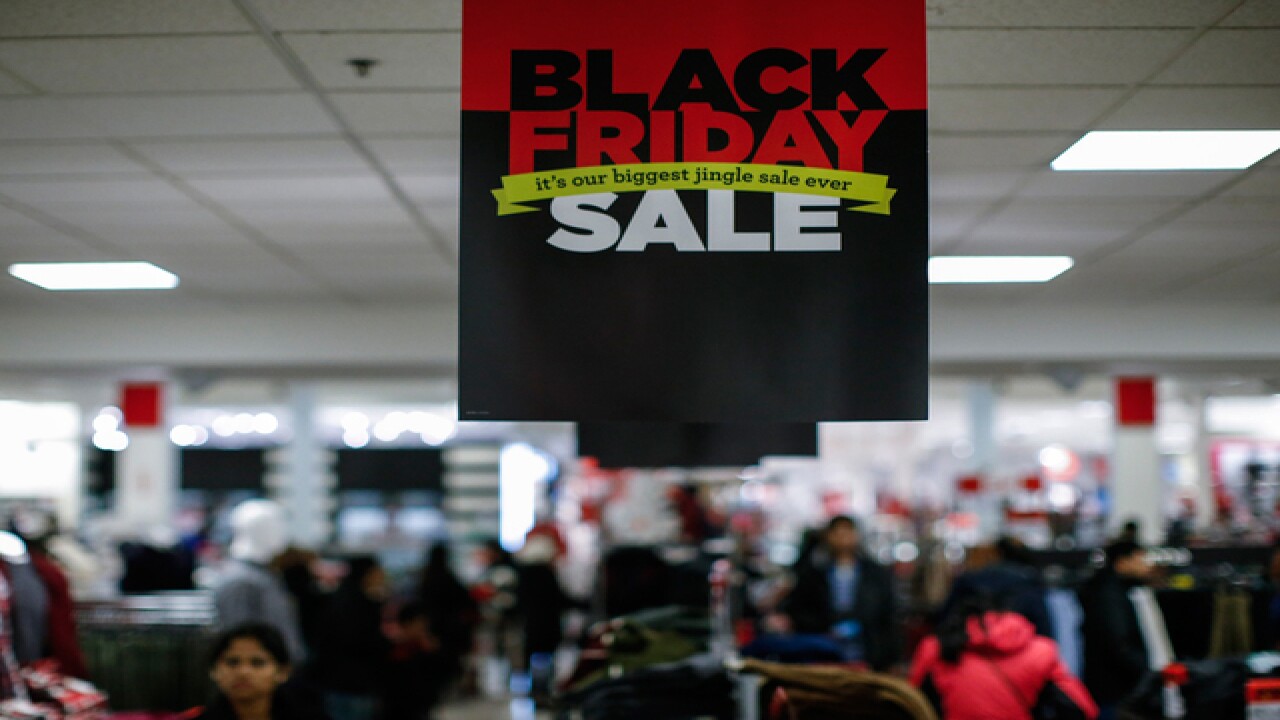 TOWSON, Md. — "I'm out here in the freezing cold for a 65 inch for $280," said a woman waiting in line at Target on Thanksgivinv night. It was a windy night and TV's seemed to be the most popular item.

Target's line was pretty short but over at Best Buy the line was wrapped around the building. Employees and customers said with stores opening so early, people have more time now to get the good deals and don't have to be the first ones in the store.

Darcy Shearer said she's definitely noticed the change in Black Friday shopping, less chaotic. She said she actually prefers the madness. She said, "I think it’s kind of fun to watch everybody's expressions, see what they’re picking up, seeing the crazies and it’s just fun to people watch and occasionally you get a great deal." He husband, Steve, said, "I’m along for the ride and excitement of watching people." They've been doing this for the last three years.

The Butler family said this is something they do every year. Kim Butler said Black Friday has turned into a yearly family tradition. She said, "to get the best bargains, to get the best deals, to beat the rush. Don’t worry about having to come here during Christmas time. It’s the best price for the dollar."

Normally they wait in line but she said this year, she just walked in and got what she wanted.

Everyone out shopping obviously loves the discounts and late night fun. However, I spoke with others who said they wished it would just stick to Black Friday so Thanksgiving can be focused on family.