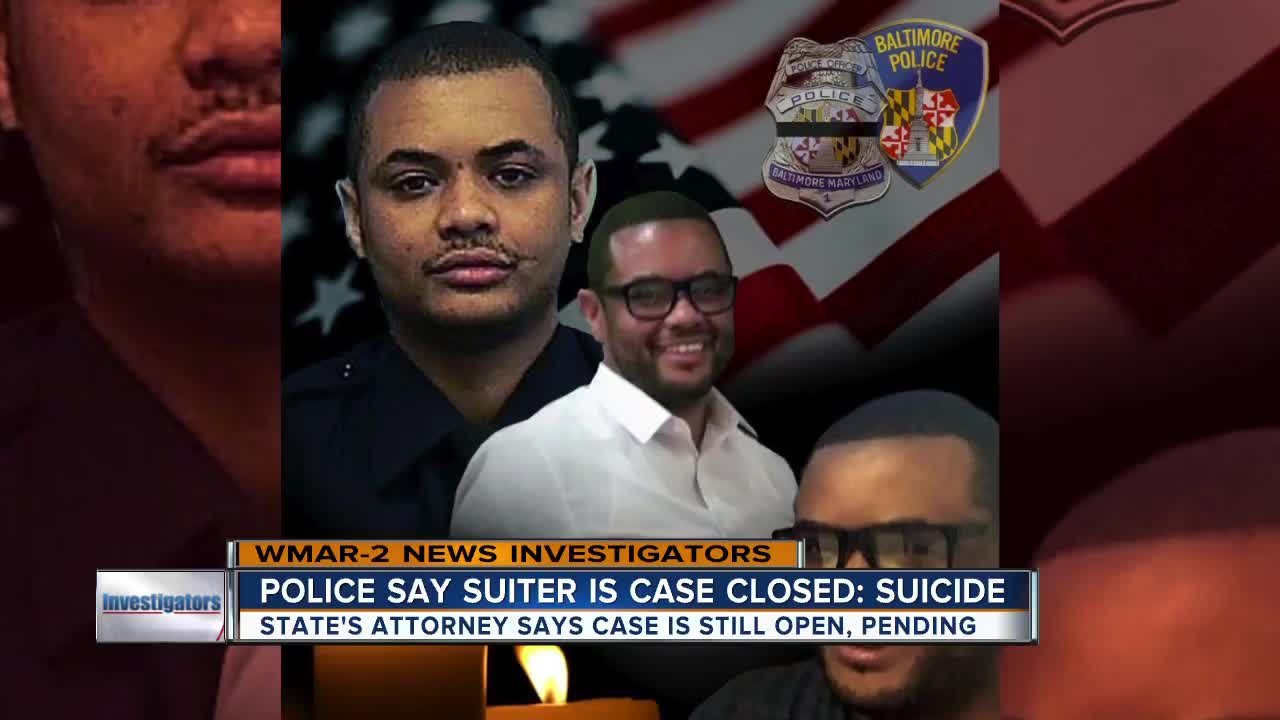 The differing opinions on how Baltimore Police detective Sean Suiter died, has created a divide between many.

BALTIMORE — The differing opinions on how Baltimore Police detective Sean Suiter died, has created a divide between many.

On Wednesday, the Maryland State Police concluded that Suiter killed himself, prompting Commissioner Michael Harrison to officially close the case from the police department's standpoint.

The Medical Examiner's Office however, has ruled the case a homicide, while the Baltimore City State's Attorneys Office on Thursday confirmed that the case was an "open and pending matter."

This is my back and forth with @MarilynMosbyEsq about her office’s look into the death of #SeanSuiter. @BaltimoreSAO clearly refers to the investigation as an “open and pending matter.” Not the case with @BaltimorePolice which, yesterday, closed the case saying it was suicide. pic.twitter.com/4OyDlC8Q3Y

“He gave that department so many years and for them to try to tarnish his name and his legacy is a big disappointment to us,” said Nicole Suiter. “I just want to know how many times y’all are going to kill my husband.”

It wasn't the first investigation that determined Suiter killed himself. Just last year, an Independent Review Board appointed by then Commissioner Darryl De Sousa concluded the same thing.

On Thursday the Office of the Chief Medical Examiner told WMAR-2 News Investigative Reporter Brian Kuebler that they will not comment while the Baltimore States Attorneys Office continues their investigation, but reiterated that the case is being considered a homicide.