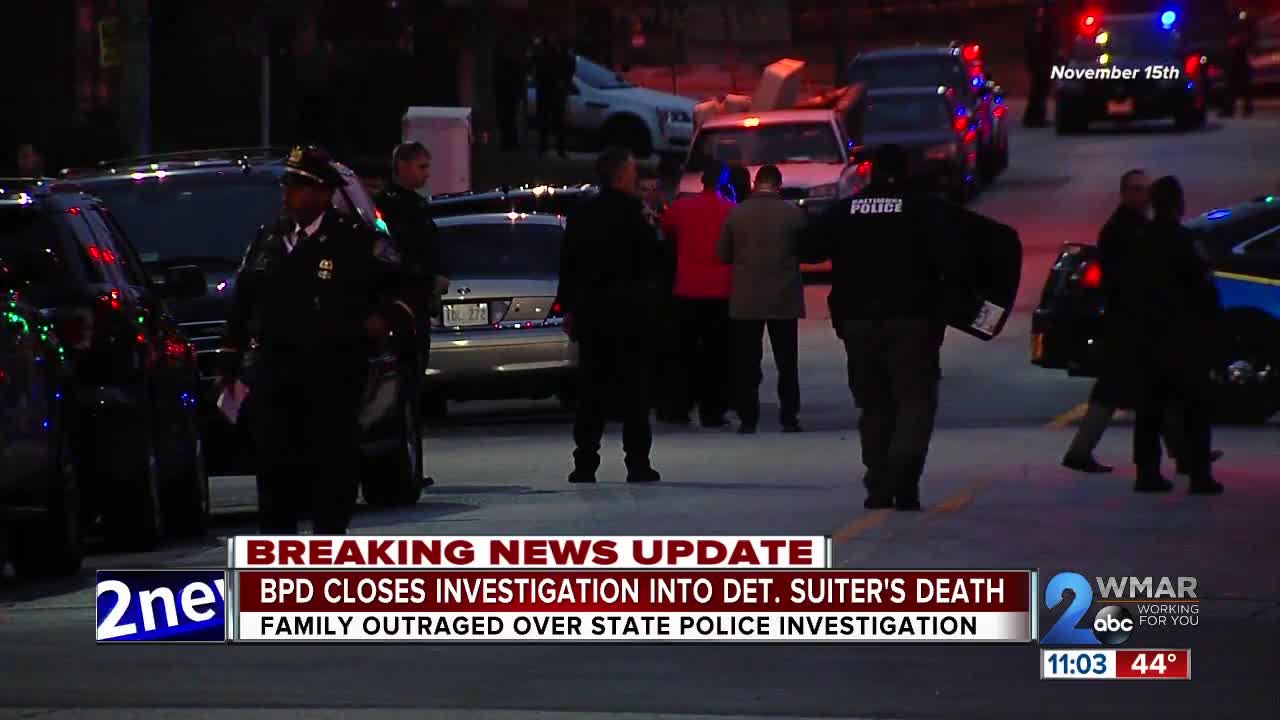 Nicole Suiter said she and her family are ready for war to prove her husband did not kill himself.

BALTIMORE — Nicole Suiter said she and her family are ready for war to prove her husband did not kill himself.

“He gave that department so many years and for them to try to tarnish his name and his legacy is a big disappointment to us,” she said.

This is the second time that Nicole Suiter has been told that her husband killed himself in that ally in the 900 block of Bennett Place two years ago.

This time it was by a new commissioner and Maryland State Police who she was hoping would bring different results.

“I just want to know how many times y’all are going to kill my husband,” she said.

Suiter died of a gunshot wound from his own weapon two years ago-- a day before he was supposed to testify as part of the investigation into the disgraced Gun Trace Task Force.

Last year, an Independent Review Board concluded that Suiter killed himself.

The Office of the Chief Medical Examiner officially ruled Suiter's death a homicide-- a decision that still currently stands.

“I sat with the commissioner personally and I asked him to put a fresh set of eyes on things,” Sean’s daughter Damira Suiter said. “He made promises that I don’t think he fulfilled, he basically lied.”

In Commissioner Harrison’s statement, he said there is nothing in the report to suggest that Detective Suiter's death was anything other than a suicide, nor was there any suggestion that the case should be re-investigated or continued.

The IRB report showed there was no DNA on Sean Suiters gun-- something the Eldridge said isn't true.

“If the State Police never took the onus to go meet with the DNA analyst and find out what that DNA meant significant enough mind you to exclude the individuals that touched it. How can this be a fresh investigation?”

A family dealing with enormous wounds and questions that they are ready to go to war to get answered.

“Sean worked in homicide. Sean was one of these men and if this is the level of accountability and work that they give to one of their own what do you think you’ll get?” said Eldridge.

In his statement Commissioner Harrison said regardless of the circumstances Suiter's death was a tragedy and that the family is in the department’s thoughts and prayers.

Eldridge said there is a worker’s compensation matter pending regarding Sean’s death during the line of duty.

Another thing to note, Eldridge said the one good thing about the investigation being closed is that all interviews, paperwork--every document can now be requested under the Maryland Public Information Act.

Information that WMAR-2 News is committed to getting.