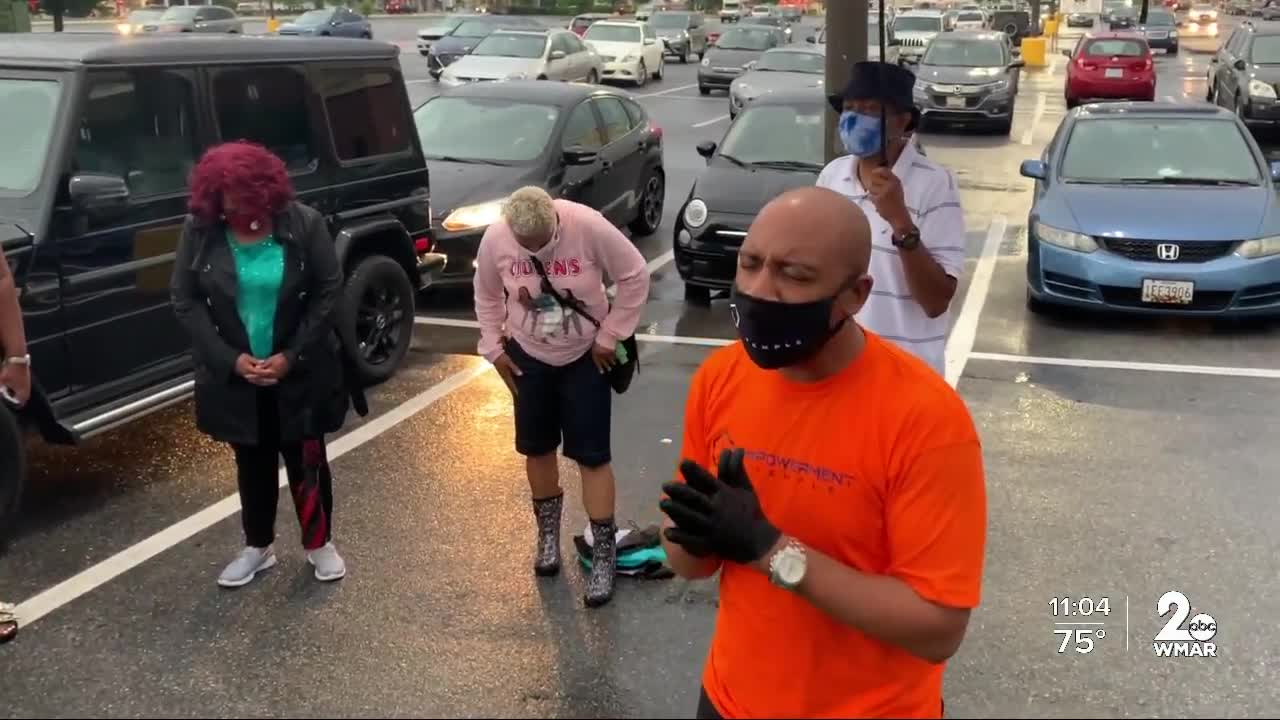 BALTIMORE — The pastor of a local church in Baltimore held a prayer vigil Wednesday for the victims of the deadly gas explosion in Northwest Baltimore.

G.J Barnes, who is the pastor of Empowerment Temple AME Church, gathered with more than a dozen people at the site of the blast on Labyrinth Road to pray for the victims, their families and the community that’s still shaken by the tragedy.

“We continue to talk to people. One of the things we did we canvassed the neighborhood and knocked on doors. We asked people what else do you need? People said we don’t need anymore water. We really just need prayer,” he said.

The gas explosion on Monday destroyed three homes and damaged dozens more, but it also left families heartbroken. It killed two people including Joseph Graham and injured at least seven others.

Barnes said he and his wife have been in contact with the Graham family and has offered to pay for his funeral.

“We’re going to make sure that’s one less thing that’s on their mind, as they’re dealing with the unfortunate events of having to plan a memorial service,” he said.

He also said he plans to get in contact with the other victim’s family who has been identified as 61-year-old Lonnie Herriott.

Junetta Barnes said they want to support them and also the community that is still trying to process what happened.

“People’s lives have been uprooted, “ she said. “This is a major traumatic thing. One family that I talked to yesterday is a mother and her children. She said her kids can’t sleep because they think it’s going to happen again.”

The church is hoping the power of prayer will provide peace and comfort for everyone affected.

“We prayed that the community will come together and that even out of this tragedy that it will bring us together stronger and closer,” G.J Barnes said.

Barnes said there will be another vigil for the victims on Saturday.