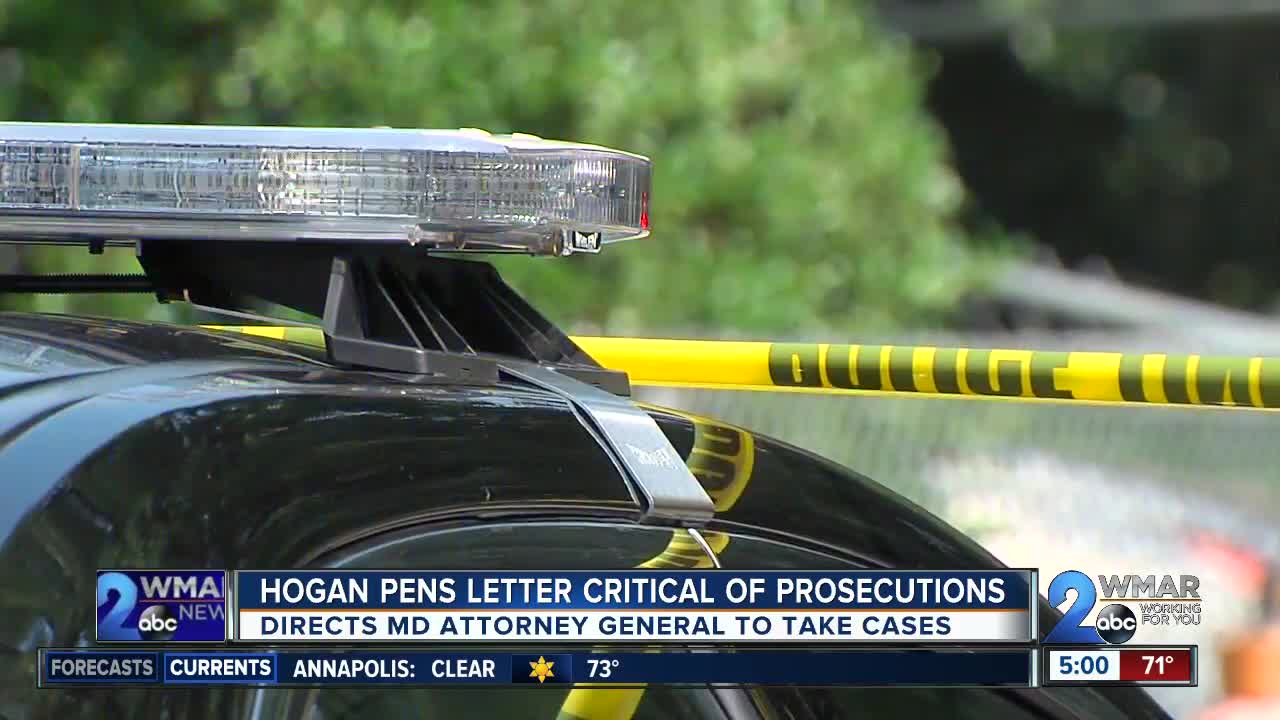 But Frosh doesn't exactly know how.

He says his office isn't built for violent crime prosecutions.

They have an organized crime unit of just 8 people...most recently known for the prosecution of the man investigators say killed Sebastian Dvorak, the Canton bartender, two years ago, but even with that, Frosh says the case was more of a complicated investigation that happened to net Dvorak's shooter.

"It wasn’t that we were out just to investigate this particular street crime. That's not the business that we are in at the moment. But our guys have done a tremendous job and punched well above their weight, but we only have eight of them," Frosh said.

To do more, Frosh says he needs more prosecutors and additional investigators from state police.

He is unclear of Hogan's ask because he was surprised by the letter, as was Baltimore State's Attorney Marilyn Mosby.

Mosby responded, she can’t get a meeting with Hogan after trying for several months.

"I stand ready, willing and able to sit down and collaborate with the governor to ensure that we talk about real solutions," Mosby said.

Mosby told the media at the hastily called press conference outside Camden Yards Wednesday night that she would talk more about the issue today, but her office said, the state’s attorney would be making no more comments on the issue Thursday.

Hogan had his own press conference Wednesday night as well in which he was very critical of the violent crime fight in the city.

He highlighted one of the suspects arrested for the shooting of Sergeant Isaac Carrington who had a record that included armed robbery, assault and a violation of probation, but just two years later, he was out and Hogan says, "able to shoot a police officer in the back"