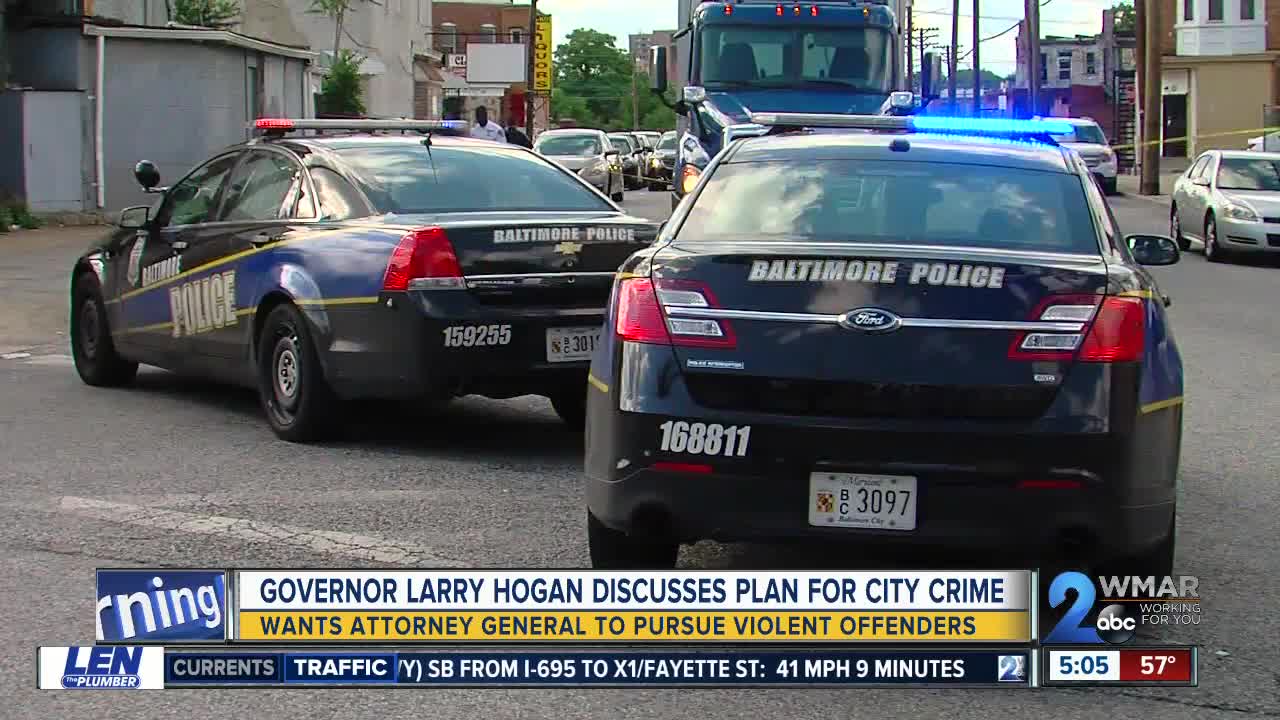 BALTIMORE — Maryland Governor Larry Hogan was in Baltimore Wednesday evening to discuss crime in the city.

He also ordered the Maryland State Police to dramatically increase the execution of high priority warrants for violent offenders.

Following the announcements, Hogan released a letter to the Attorney General further addressing his points.

“I hereby direct you to independently investigate and prosecute criminal suits alleging violations of state criminal laws that relate to any of the following offenses in which any element of the crime occurs within Baltimore City: crimes of violence; crimes related to firearms; and organized crime,” Hogan continued.

Hogan continued in the letter, stating that far too often violent offenders are receiving a slap on the wrist before being released to commit more violent offenses.

"Removing these dangerous high-level offenders from the streets is vital to our fight against violent crime," Hogan said.

The Governor ordered Attorney General Frosh to investigate and prosecute criminal cases resulting from the serving of certain warrants identified by the Maryland State Police and their law enforcement partners.

“The Maryland State Police and their law enforcement partners will be conducting a series of warrant initiatives targeting hundreds of high priority warrants for violent offenders,” Hogan wrote.

Hogan ended the letter, stating that his office will expect regular progress reports on the investigations and the progress the Attorney General will make in prosecuting those individuals.

The full letter can be read below: