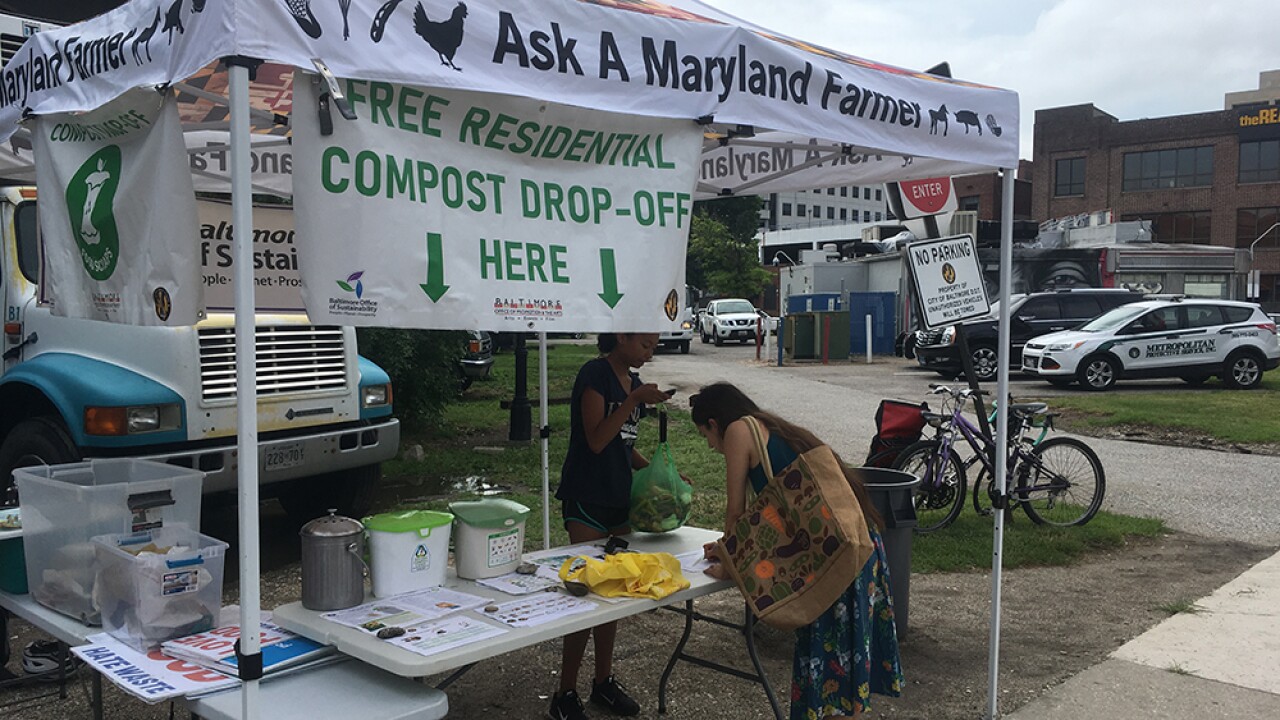 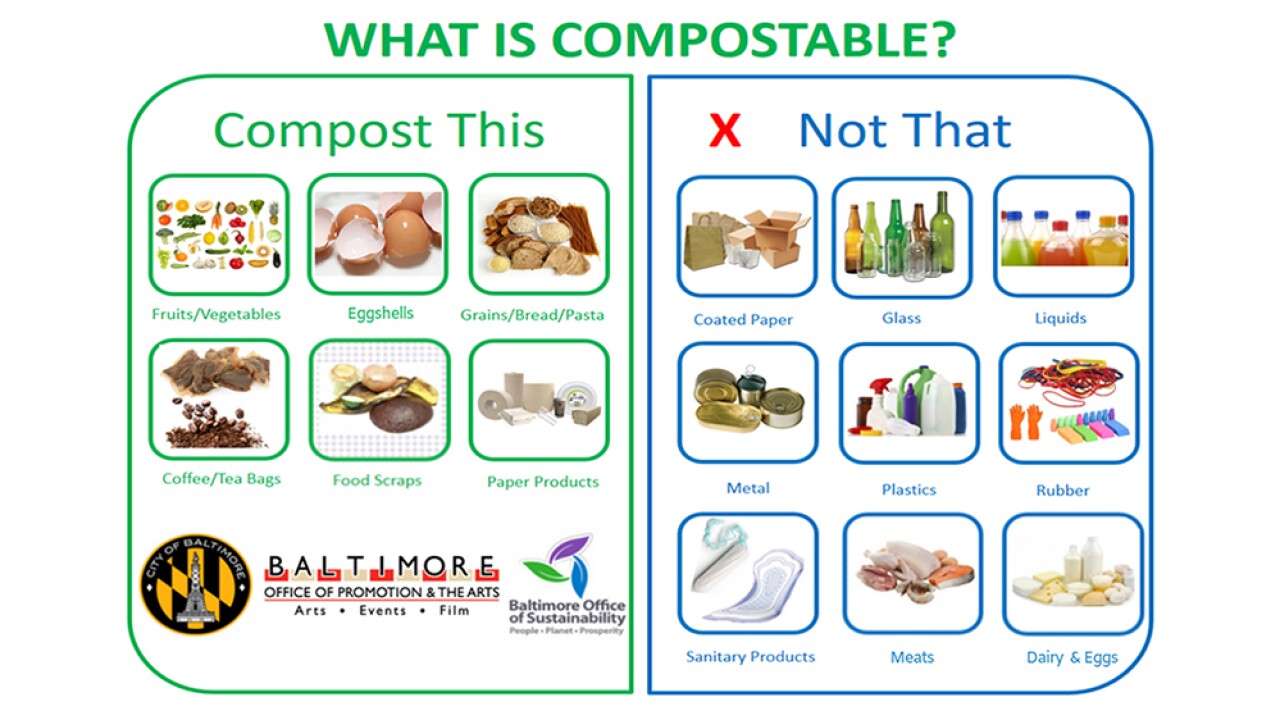 BALTIMORE — More than 1.5 tons of food waste has been collected at the Baltimore Farmers Market and Bizarre and given to a local farm as part of a new composting program from the Baltimore Office of Sustainability.

Each Sunday, volunteers and staff members occupy a stand at the farmers market underneath the Jones Falls Expressway, the city’s largest, collecting food waste from area residents who welcome the opportunity to send their scraps out to be repurposed instead of letting them occupy space rotting away in a landfill. The booth, open from 8 a.m. to 12 p.m. each Sunday, is located near the market's row of artists and goods purveyors, near the now shuttered Hollywood Diner and a popular pickle stand.

“Farmers Market goers have responded overwhelmingly positively to the program and many say it is their only option for dropping off food scraps,” said Ava Richardson, the Office of Sustainability's Food Matters Technical Adviser. “We would like to reach as many people in Baltimore as possible. People bring their food scraps in everything and anything - paper bags, plastic bags, and bucket large and small.”

On average, the program takes in about 300 pounds of food scraps a week, but on particularly busy weeks that amount can double. The typical image of composting is someone keeping a large bin or barrel somewhere on their property where they toss food waste, as well as possible yard scraps and other organic matter, along with helpers like worms. As the food decomposes it creates enriching matter that can be added to soil to bolster gardens.

City dwellers hoping to not waste food or conserve landfill space face a challenge in composting. Keeping food scraps in an apartment can take up of valuable space, smell bad, and lead to pests. Having a weekly drop off allows urban compostors a way to accrue a few days worth of food waste at a time and dispose of it before it becomes an issue. Richardson says some city residents keep their compost in sealed buckets on their back porches. Others might keep smaller containers on kitchen counters, or stashed in the fridge. If there is space in the freezer, freezing food scraps helps eliminate odors, and Richardson said residents are still welcome to drop off frozen blocks of compost too.

While any organic material may be applicable to composting, the Baltimore program limits what it collects to fruit, vegetable, or grain waste – this includes fruits, vegetables, and their peals and pits, uncoated paper towels, tea bags, grains, breads, pasta, compostable foodware, tea bags, coffee grounds, and eggshells. Meat and dairy food scraps are particularly appealing to rodents, an accute challenge in urban composting, and the Baltimore program does not accept such waste. Cooking food is generally avoided as the presence of cooking oils can pose issues later. More information about what is compostable and how the program works can be found online.

The program was launched May 5, 2019, with the amount of food scraps diverted from the waste stream growing “exponentially,” in that time, Richardson said. The idea’s genesis stems from a Composting Working group organized by the Office of Sustainability. They reached out to the Baltimore Office of Promotion and the Arts, the group that supports the JFX Farmers Market, who were quickly on board. Next, Albright Farms in Phoenix, Md., arranged to accept the compost and use it in their agriculture.

“Albright Farms sells produce at the Baltimore Farmers Market, so we are fostering a truly closed loop system,” Richardson said.

It’s all part of a larger, proactive plan to reduce waste and confront the city’s waste management challenges before they come to a head.

Richardson encourages those thinking about putting their food waste to good use and reducing what they pour into the area’s waste stream to give the new program a shot and stop by the stand on Sunday mornings.

“Try it with a few food scraps or even just your coffee grinds and test things out,” Richardson said. “We recommend doing what people are most comfortable with to start off and build up over time.”