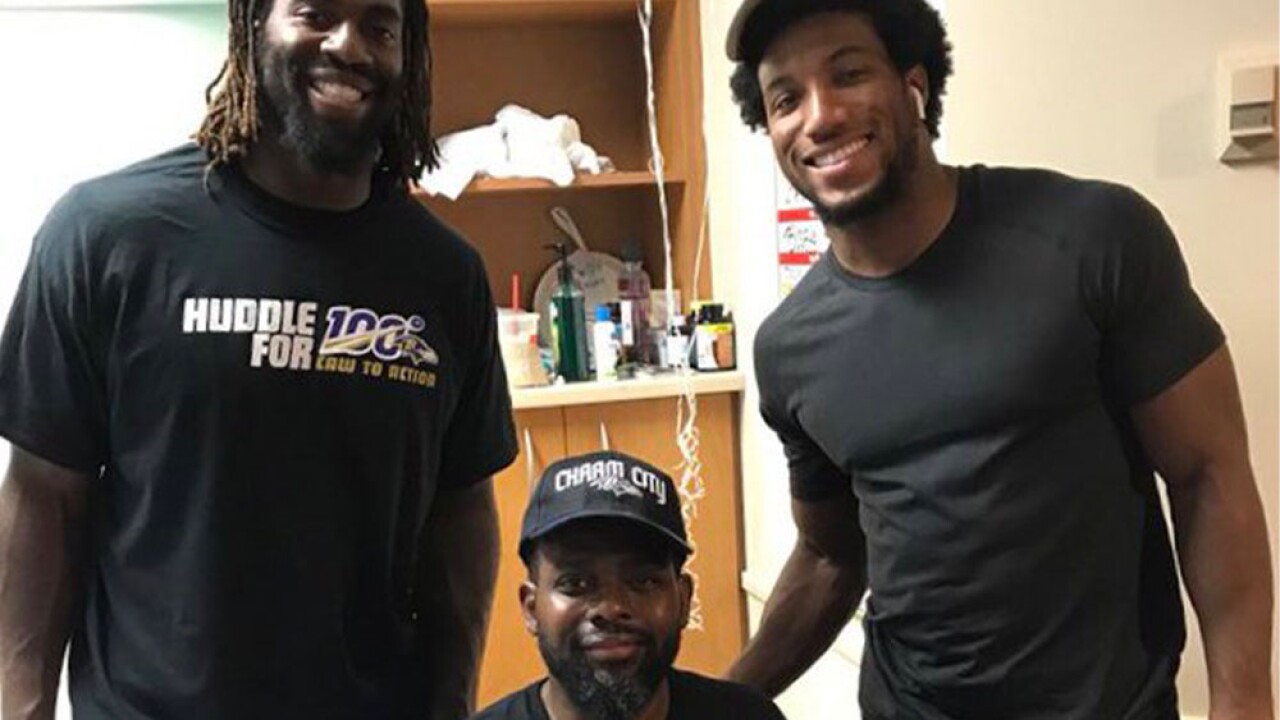 Baltimore Ravens linebacker Matthew Judon and cornerback Marlon Humphrey visited Isaac Carrington at an area rehab facility he's been recovering at since his August 21 release from the hospital.

Carrington was shot multiple times while speaking to a neighbor on his front lawn on August 8.

Two men have since been arrested on a slew of charges including attempted murder, and stealing Carrington's gun.