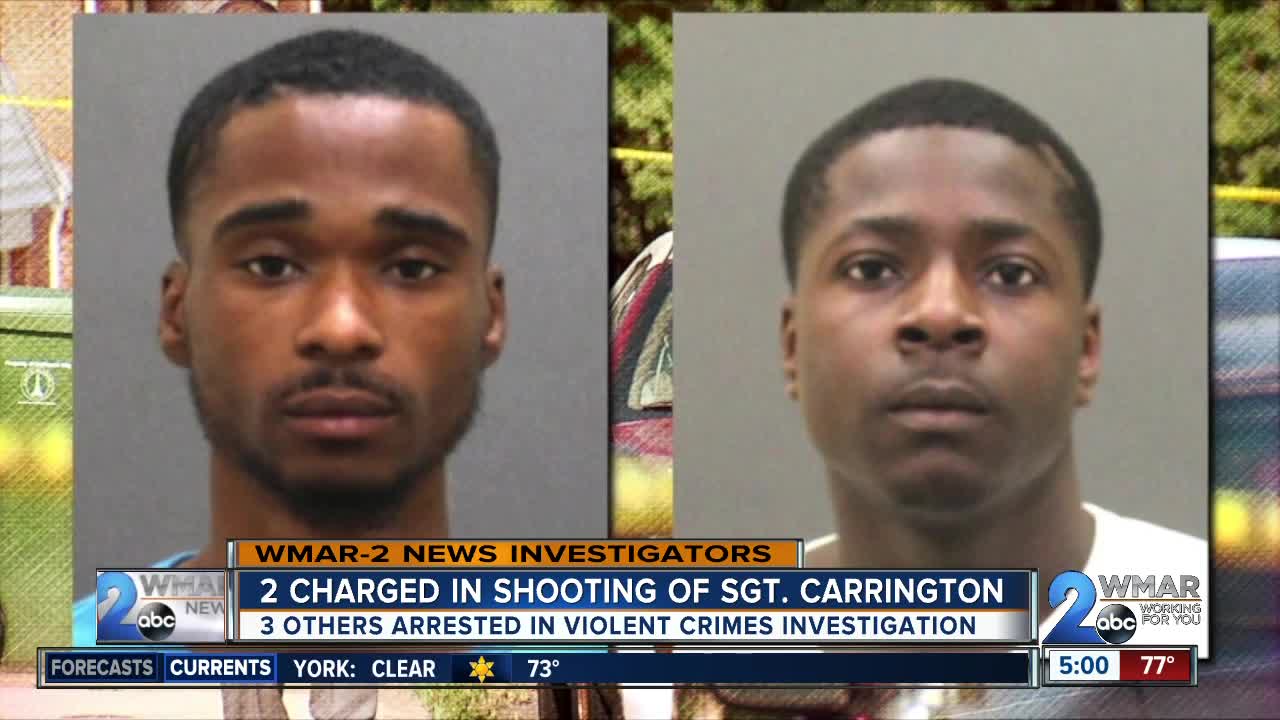 Karon Foster, 25, and 18-year-old Rashaud Nesmith are each charged with multiple counts of Attempted First and Second Degree murder as well as robbery, assault, and gun charges.

According to the charging documents obtained by WMAR-2 News Investigative Reporter Brian Kuebler, police recovered two guns that were used to shoot Carrington on August 8, 2019.

Court documents also reveal the suspects took Carrington's personal off-duty gun during the incident, which police say they have not yet recovered.

Both the ATF and the Baltimore Police Department used ballistic testing, GPS data from the car the suspects used to allegedly commit the crime, cell phone data, fingerprints and surveillance video to piece together their case.

Police say the investigation also led to the arrest of 17-year-old Christopher Santiago, who with Foster allegedly committed a string of recent murders, shootings, and armed carjackings in Northeast Baltimore including the June homicide of Taven Lowther on Franconia Drive.

Six other cases were also solved including a July 11 triple shooting on The Alameda that resulted in a homicide. Police say they arrested two additional men in that incident.

In reference to the homicide that occurred on September 2 in the 5200 block of Loch Raven Boulevard, Homicide detectives have arrested 22 year-old Diamante Teal and 20 year-old William Stewart.

Police say Foster and Nesmith could also be connected to several other violent crimes and murders in Northeast Baltimore over the last few months. Future federal charges are also a possibility according top police.