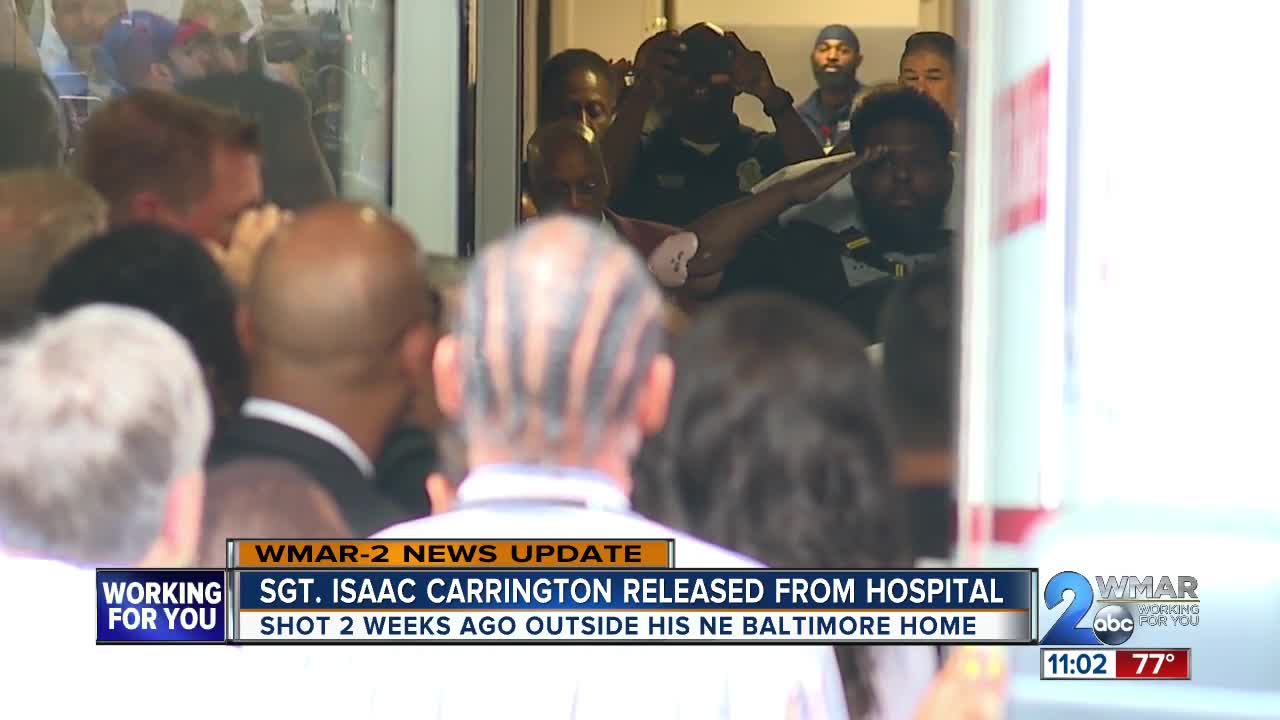 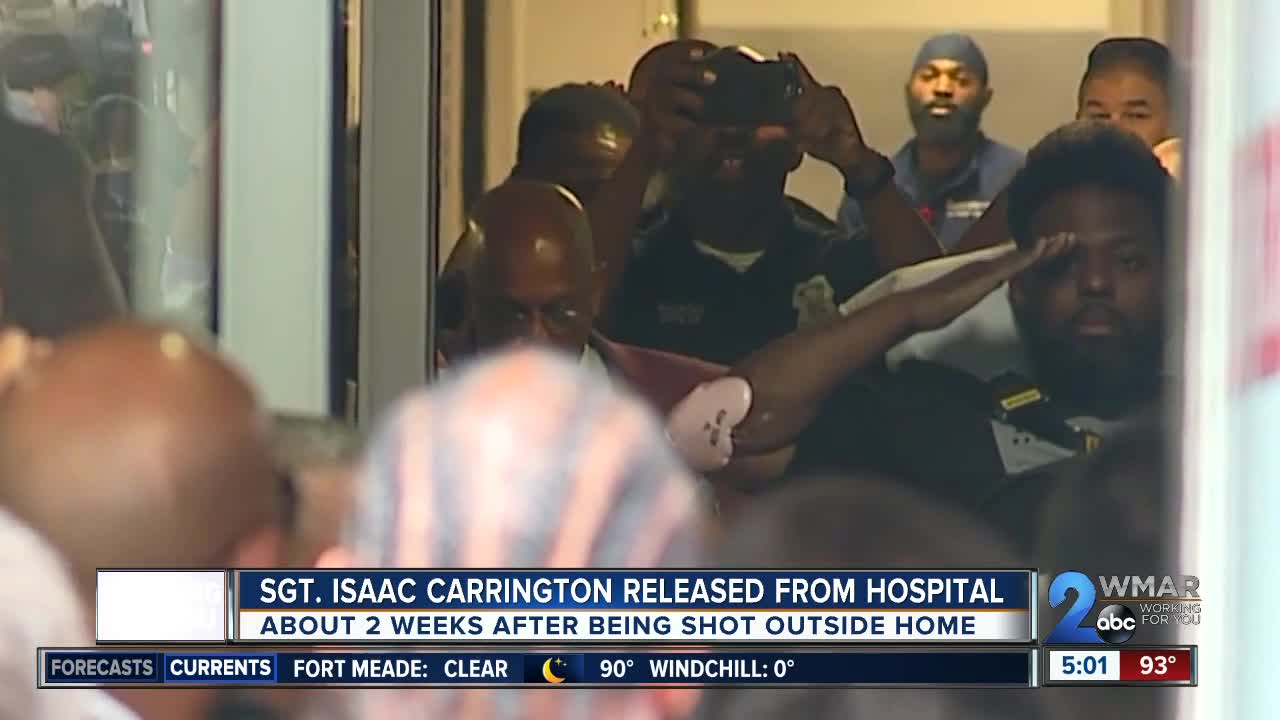 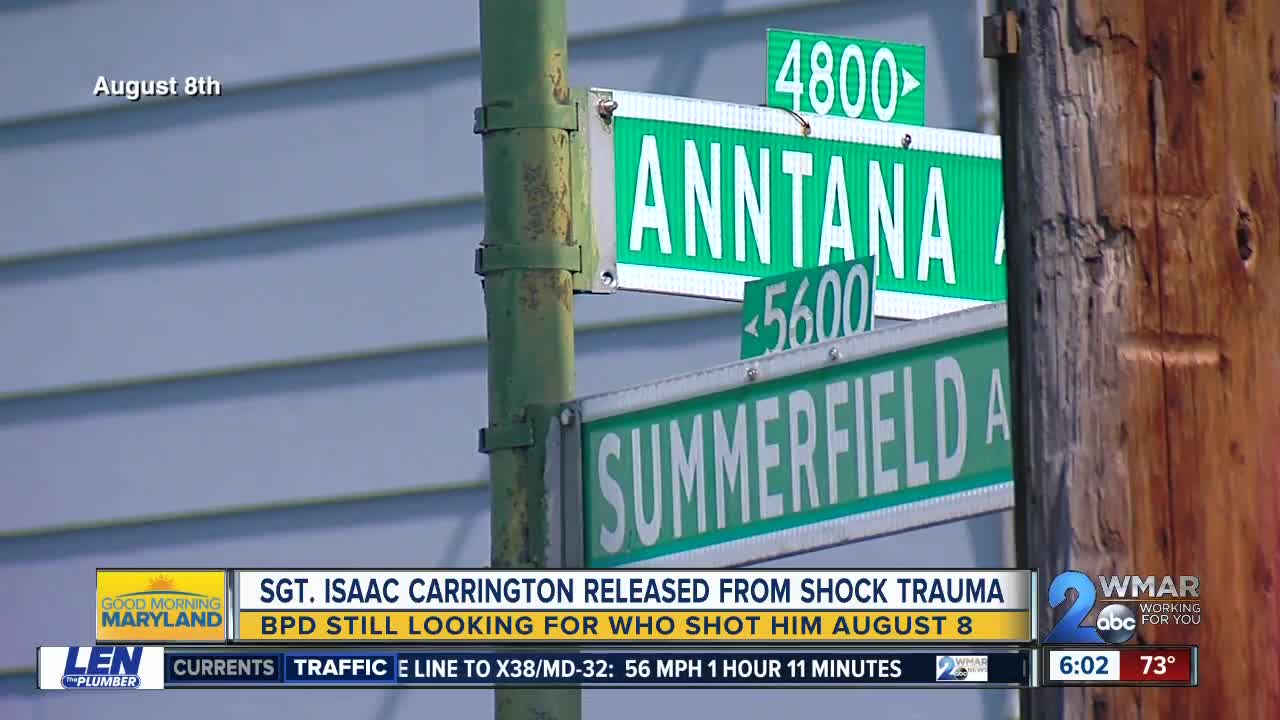 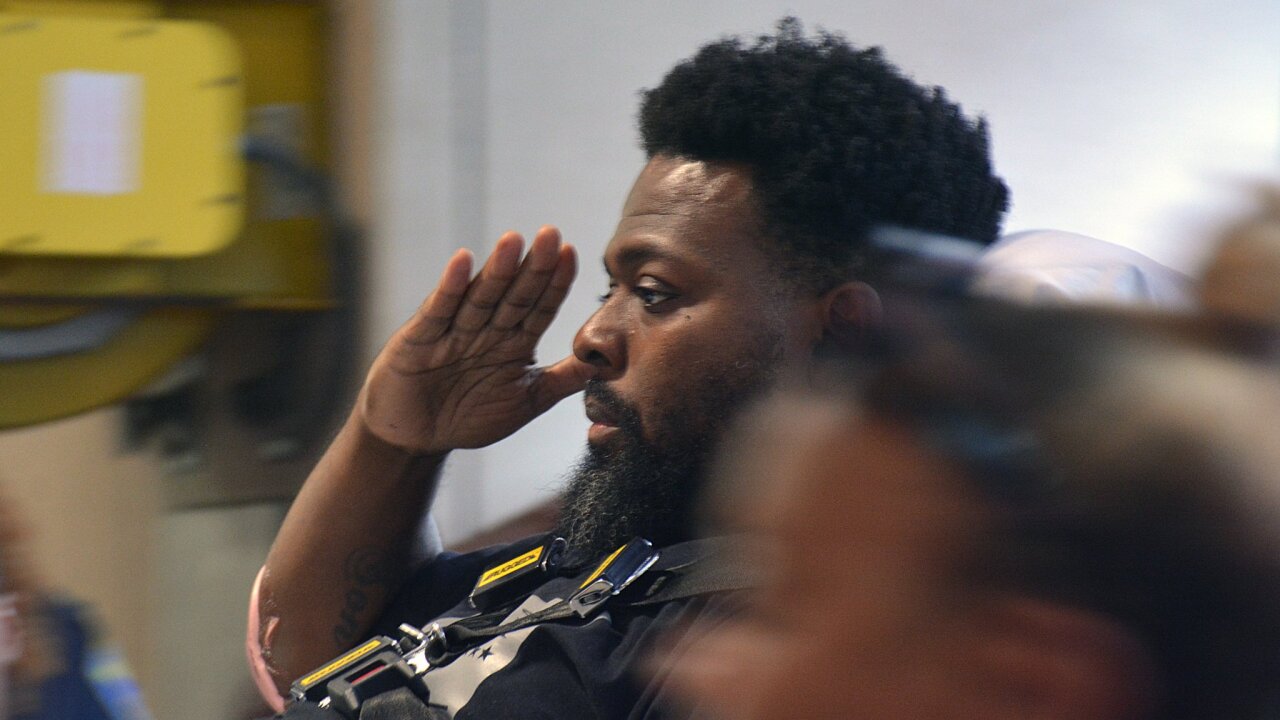 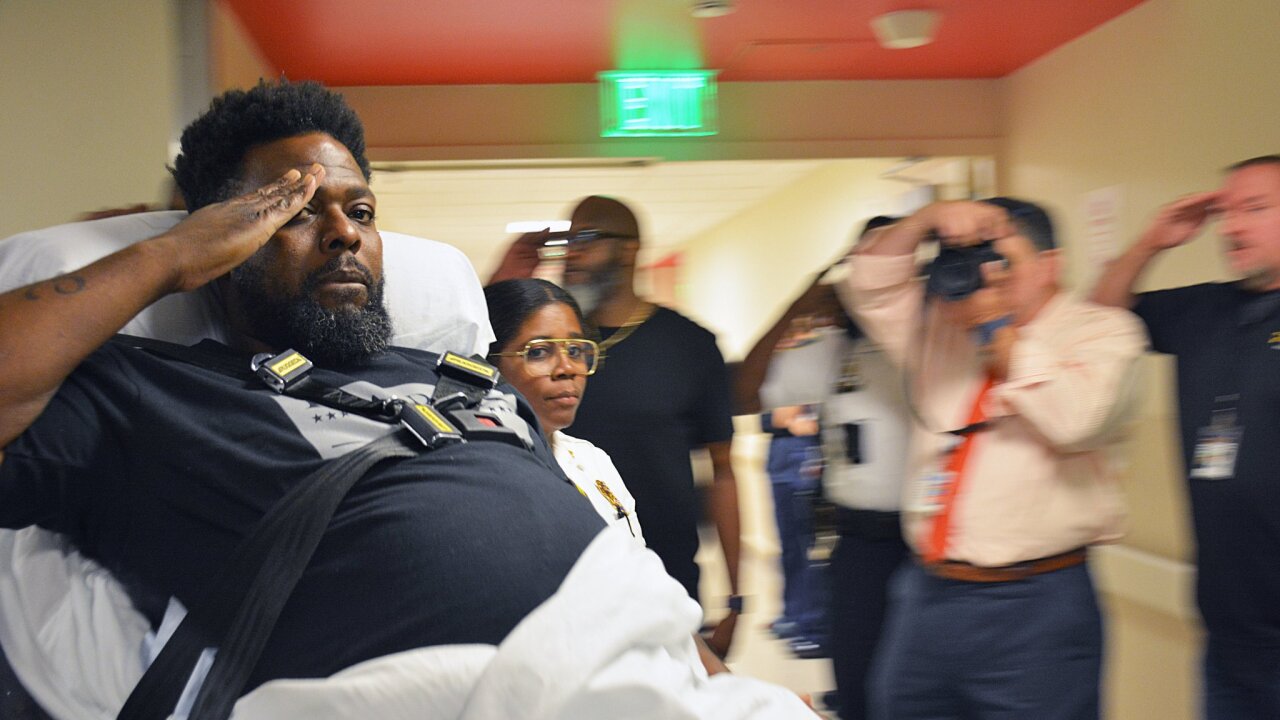 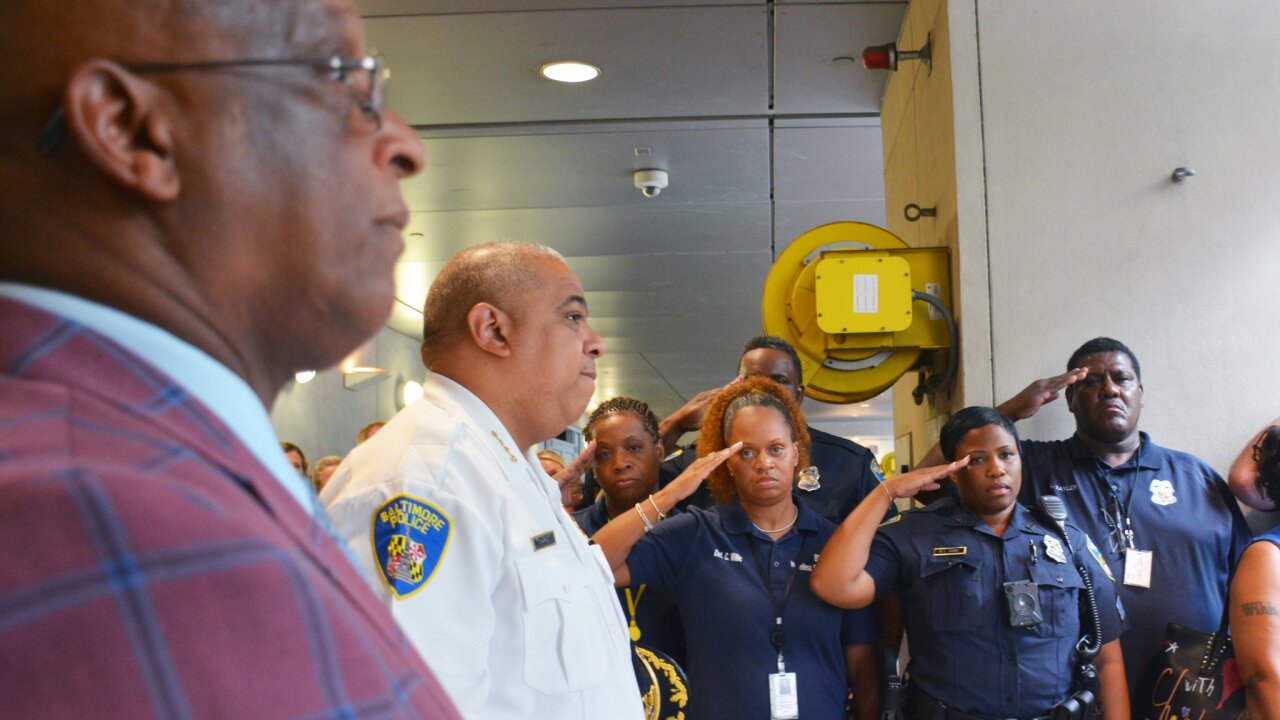 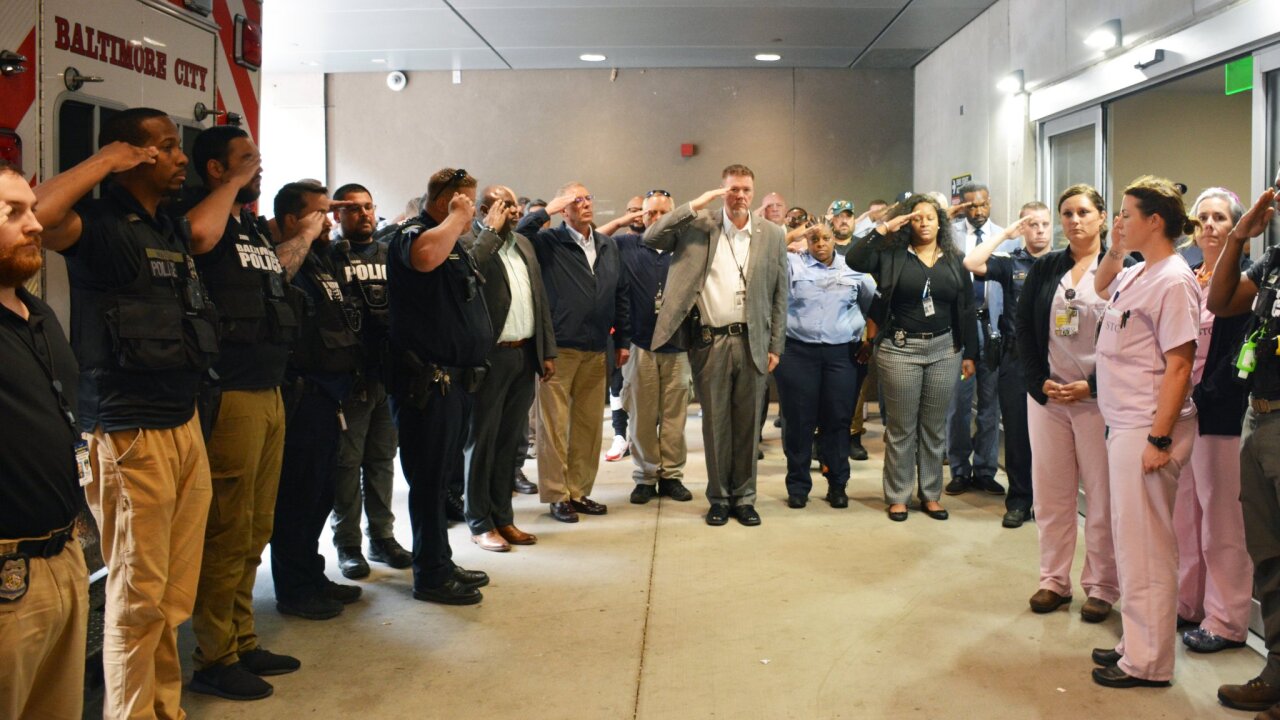 Members of the police department and fire department honored him by forming a ceremonial gauntlet outside Shock Trauma's ambulance-bay entrance.

Almost two weeks ago, Carrington was shot and robbed outside of his home in Northeast Baltimore. He was then taken to Shock Trauma and into surgery with several gunshot wounds to the torso and extremities.

WATCH THE FULL RELEASE VIDEO BELOW:

Following the release of Sgt. Carrington, BPD Commissioner Harrison said that after spending some time with the officer's family it is a joyous day for members of the department and the people of Baltimore.

“I think that we are all somewhat relieved, but certainly Sgt. Carrington has a long way to go for a full recovery. But we are prayerful and hopeful that he will make a full recovery,” said Harrison.

Harrison says police are still actively investigating the shooting and are asking for anyone with information that can lead to the arrest of the person who did this to come forward.

READ MORE: Off-duty BPD Sergeant on life support after being robbed and shot while on his front lawn