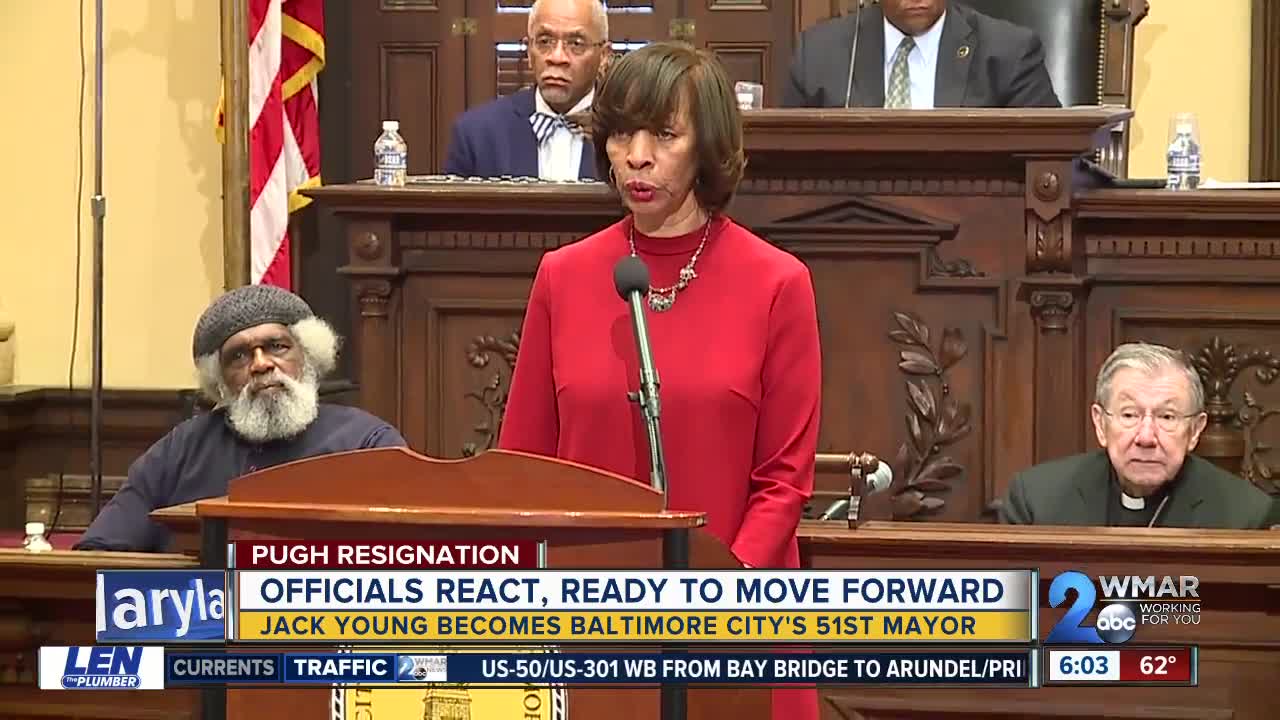 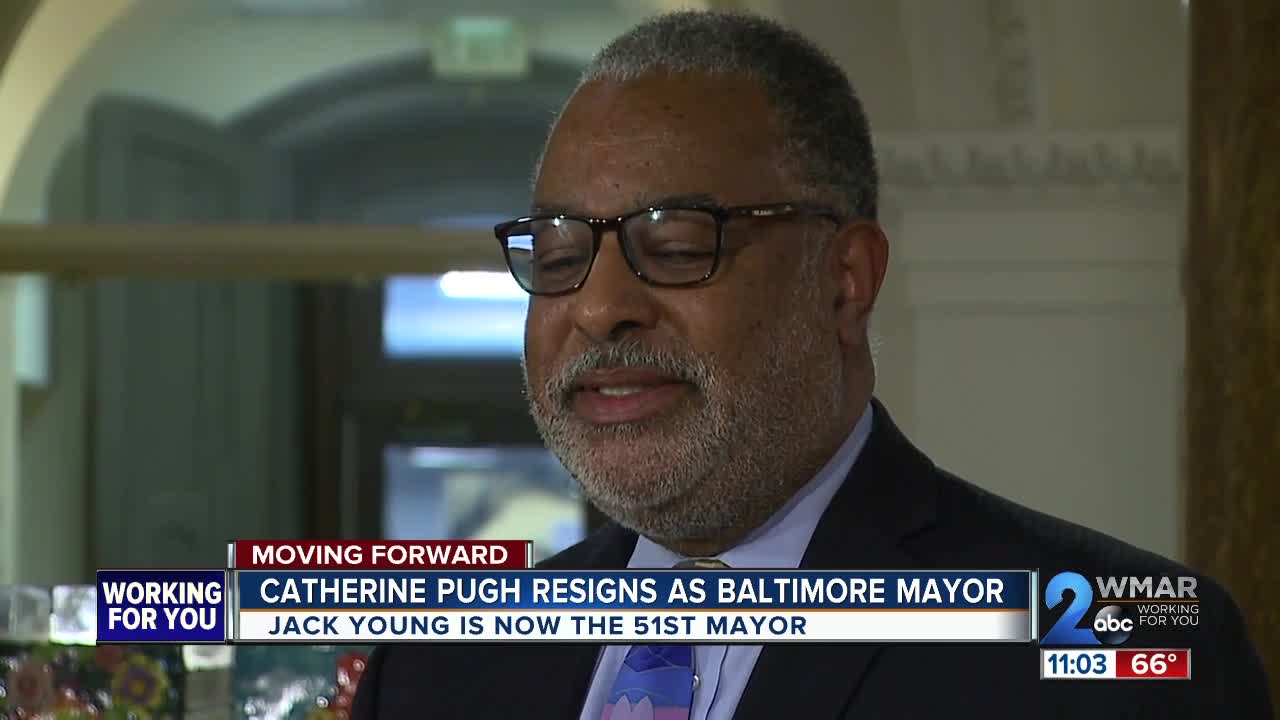 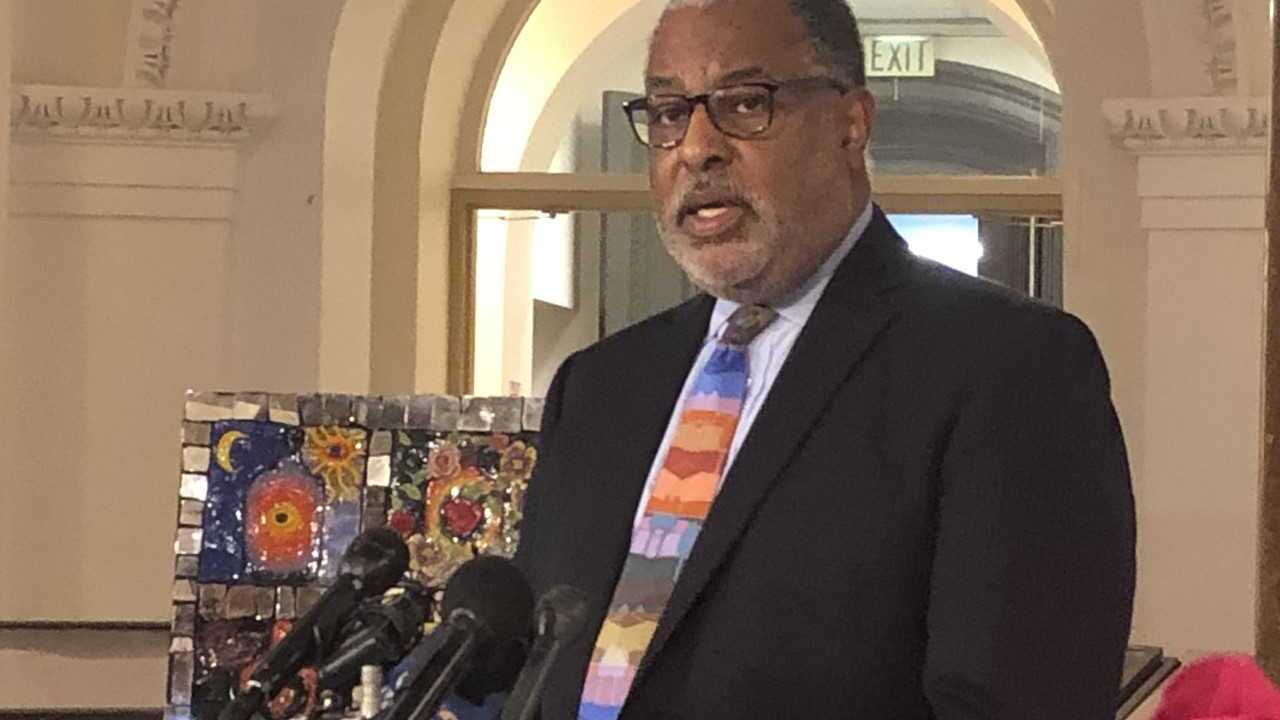 BALTIMORE, Md. — “It’s a sad day for Baltimore but a hopeful one for the future,” said Baltimore City Councilwoman Mary Pat Clarke.

A sad day as Catherine Pugh resigns. She has been on a leave of absence since April 1 fighting pneumonia and potentially facing a legal battle after the FBI and IRS raided her city offices and homes.

Clarke said despite the drama surrounding Pugh, she’s grateful for the work Pugh has done for the city like efforts to reduce violence.

"We thank you for what you’ve done. You’ve done the right thing by resigning and letting us move forward," said Councilwoman Clarke.

Baltimore City Solicitor, Andre Davis, talked about his personal experience working with Pugh. "I saw a woman, a politician, an elected official who was absolutely dedicated to the city, to it's people," said Davis. He started to get emotional talking about his time working with Pugh. He said he didn't know her before he worked with her and actually said no twice before he said yes. He said he finally said yes because he was "seized by her commitment to the city."

He hopes the community will remember the positive things she's done for the city and remember she's a human being.

"I want people to pray for her to hope she comes through this as a whole person," said Davis.

"Now we can move forward," said Councilman John Bullock. He added, "it's nice to have a cloud lifted."

Councilman Brandon Scott added, "a day of relief and accountability."

Both of these men excited Jack Young is now the new Mayor of the city. As soon as the city accepted Pugh's resignation, Young became the Mayor. He will officially be sworn in next week.

"Mayor Young has been in city government a long time. He knows the inside and out," said Councilman Scott.

Councilman Bullock added, "it’s great actually having someone who’s been on council. I think it will be useful having someone in the Mayor's office who has been down this road more intimately and more recently."

Councilman Bill Henry said they can't just keep the blinders on for one subject. "A lot of the problems we face are interconnected," said Councilman Henry. He added, "we have a responsibility to address all the issues."

Now they can work on these issues without anymore distractions.

"We seem to survive and go on because we're a resilient city. We're used to tough times but enough is enough. It's time now to celebrate and move forward," said Councilwoman Clarke. She added, "we have a lot of seeds planted that will sprout and we will go on and prevail."

Councilwoman Clarke is asking the community to support the leadership currently in place until the next election. Next week, they plan on voting for who will take over as council President now that Young is officially the Mayor.