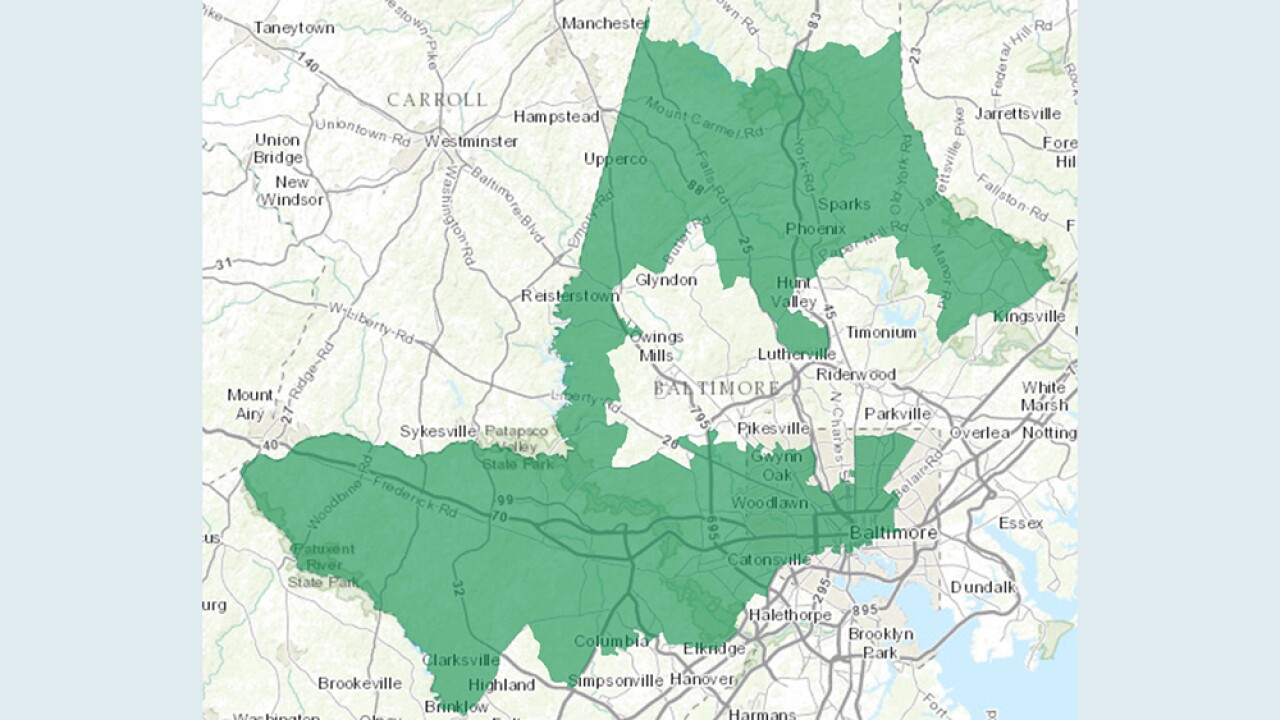 BALTIMORE — The controversy that has ensued following President Donald Trump’s racists tweets about Democratic Congressman Elijah Cummings and his home district has largely focused on Baltimore.

Many have been quick to defend the city, recognizing its problems but extolling the work being done to bring about change, or acknowledging issues of crime but tying them to larger problems like divestment and systemic racism and how that affects largely black communities like those that comprise much of Charm City.

But Cummings’ district, Maryland’s Seventh Congressional District, encompasses a lot more than Baltimore neighborhoods. A product of some of the state’s creatively drawn legislative lines that help to entrench incumbent Democratic power and sculpt a favorable map (much like similar or more egregious efforts by Republicans in other states), the Seventh consumes much of Baltimore, particularly many of it’s Western, Southwestern, and Northern neighborhoods. But the district also reaches further west and north into many suburban and rural areas that would be a far cry from Trump’s incendiary, exaggerated, offensive description of the communities Cummings represents.

Flowing out from the western edge of Baltimore, the Seventh includes affluent and well educated Howard County communities like Catonsville, Ellicott City, portions of Columbia, and Woodstock, following I-70 west until nearly Mount Airy. While carving around Towson, the district follows the Liberty Reservoir north to Baltimore County, where Lochearn, Sparks, and portions of Reisterstown and Cockeysville fall in the boundaries that extend up to Prettyboy Reservoir and Gunpower Falls State Park’s Hereford Area.

READ MORE: Baltimore stands up for its city after Trump tweets ‘no human being would want to live there’

READ MORE: We are Baltimore: highlight the good in Charm City

And while Trump said “no human being would want to live” in the district, the United States’ Census says 718,158 people reside there.

But in the end, Trump was clearly targeting and besmirching Baltimore, particularly some of its poorest, most in need residents – people Trump and the power he wields as head of the federal government could help instead of insult and utilize as political props. While the outrage that inspired the tweet and that was created in his aftermath may focus attention on those helping to fix the city's problems, the tweet itself hues closely to its author - boorish, hyperbolic, offensive, distracting, and ultimately ineffectual.