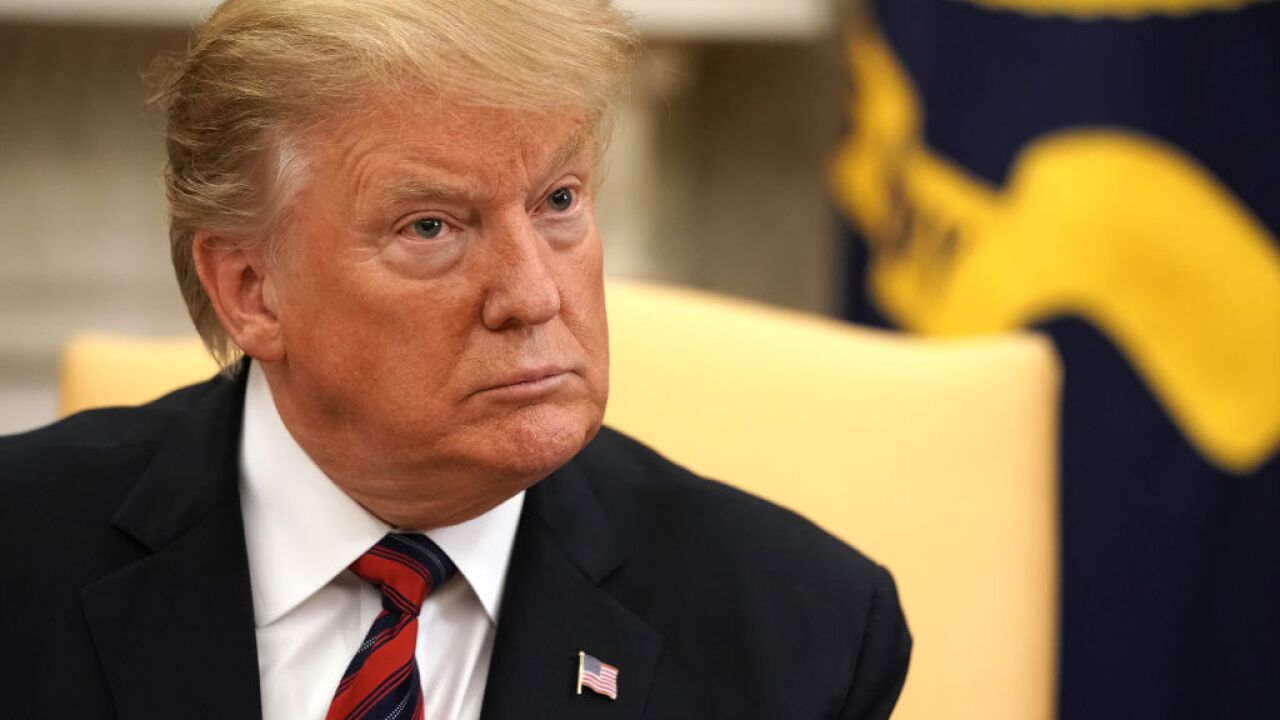 President Donald Trump says he would listen if a foreign government approached him with damaging information about a political rival -- and wouldn't necessarily report the contact to the FBI.

"I think you might want to listen, there isn't anything wrong with listening," Trump said in an interview with ABC News that aired on Wednesday.

"I think I'd want to hear it," Trump went on, downplaying the idea such a move by another country would amount to election interference.

Trump and his 2016 campaign have come under intense scrutiny -- and a special counsel investigation -- for their contacts with Russians during the last presidential election.

Special counsel Robert Mueller detailed extensive contact between Trump campaign associates and Russians, but did not conclude there was a criminal conspiracy.

Asked Wednesday whether he would take opposition research being peddled by another government, Trump said he likely would.

Still, Trump said he wouldn't automatically report the foreign government's actions to US law enforcement -- something he says he's never considered doing in his lifetime.

"I'll tell you what, I've seen a lot of things over my life. I don't think in my whole life I've ever called the FBI. In my whole life. You don't call the FBI," he said. "You throw somebody out of your office, you do whatever you do."