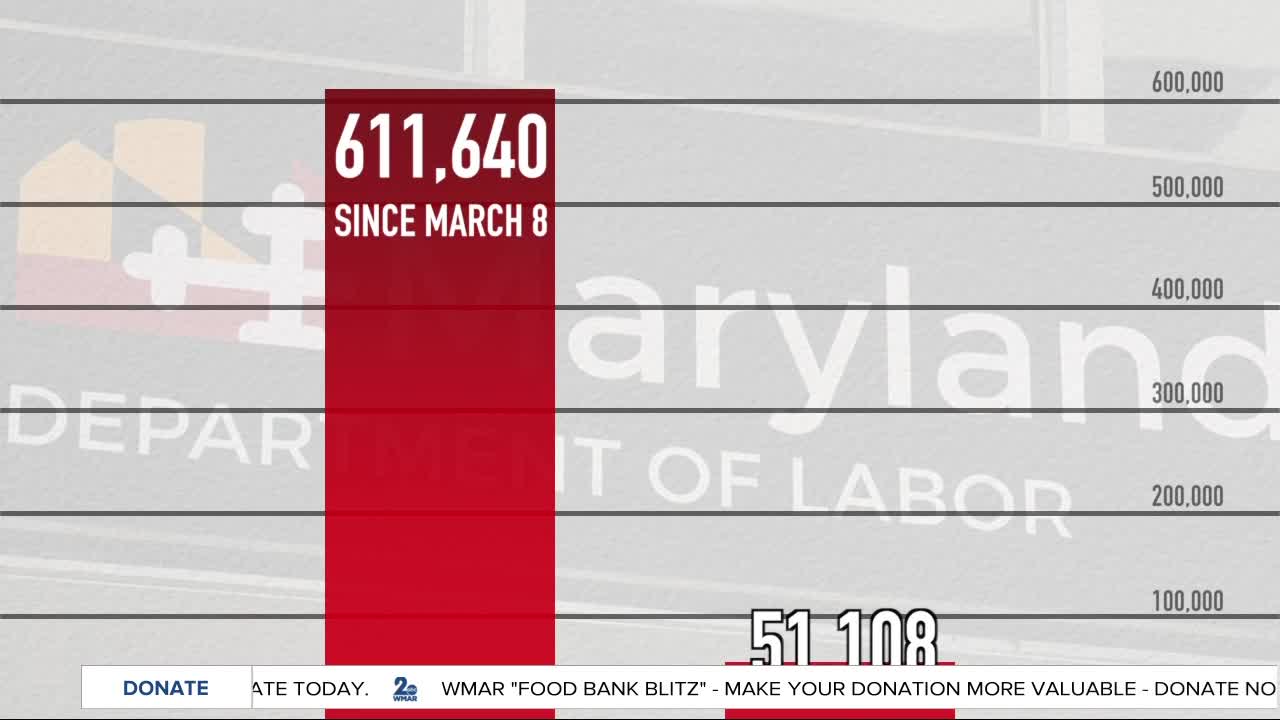 Unemployment insurance claims in Maryland are down for a second straight week.

ANNAPOLIS, Md. — Unemployment insurance claims in Maryland are down for a second straight week.

On Thursday the Maryland Department of Labor said 51,108 citizens filed for unemployment last week, which is 14,697 less claims than the week prior, and more than half of the109,263 claims filed before that.

Those numbers three weeks ago reflected repairs made to the new online BEACON System, which had been preventing a large amount of citizens from filing.

Meanwhile on Thursday, the U.S. Department of Labor reported 2.4 million American's filed for unemployment last week, bringing the total number of claims nationwide to 38 million over the last nine weeks.

A full breakdown of last week's unemployment numbers can be read below.