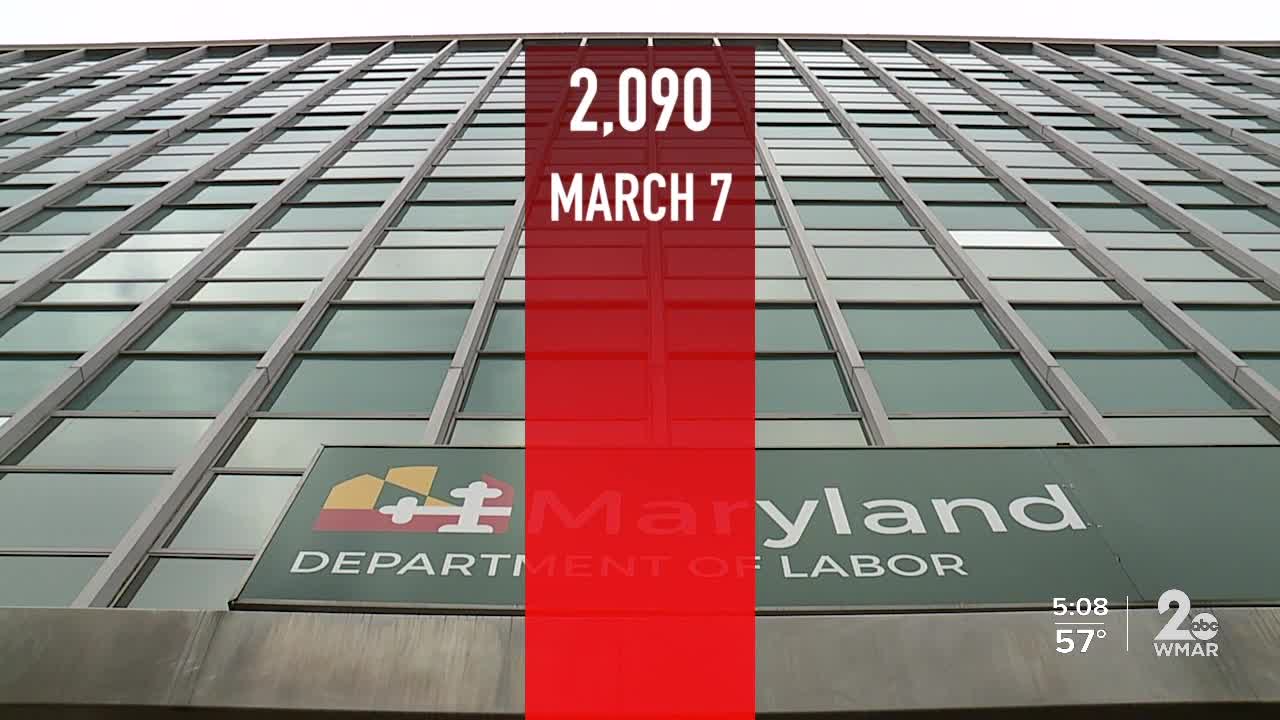 The latest unemployment numbers are in for the State of Maryland amid the COVID-19 pandemic. 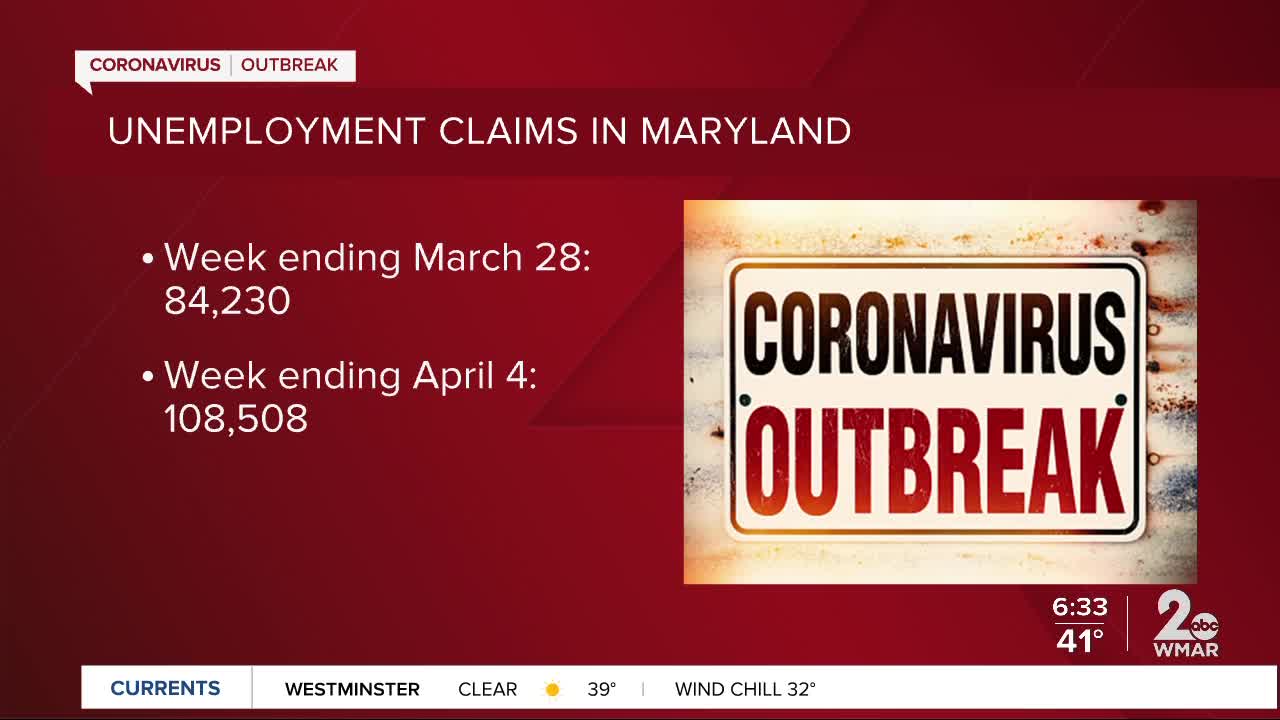 ANNAPOLIS, Md. — The latest unemployment numbers are in for the State of Maryland amid the COVID-19 pandemic.

That means since March 1, there have been 241,014 people who have lost their job.

The 400 employees at the Department of Labor who normally process unemployment claims are accustomed to processing only 2,000 claims a week, meaning a massive backlog remains.

These claims also don't include self-employed, independent contractors, and gig workers who still haven't been able to file for unemployment insurance benefits.

Because this group doesn't typically receive benefits, the Maryland Department of Labor said their IT systems needed to be set-up to process these claims.

Mike Ricci, communications director for Governor Hogan, tweeted on Wednesday that that they hope to have this function available on the Maryland Department of Labor's website by next week.

On Thursday, the state labor department also issued a fix to weekly certifications permitting claimants to file one missing week per day during the allotted time. Click here for more details.

The unemployment insurance call center extended hours from 7 a.m. to 6 p.m. and is asking people to stagger by last name, but they’re struggling to keep up with demand.

"They’re trying to fix something that the system was never meant to address," said Kat Forder, who has tried calling the unemployment insurance division more than 800 times.

"So, I totally understand but you know, my bill collectors do not," said Forder.

Below is a county by county breakdown of last week's claims.

On Thursday, the U.S. Department of Labor said 6.6 million Americans filed for unemployment throughout the country last week, which totals about 10% of the US labor force.