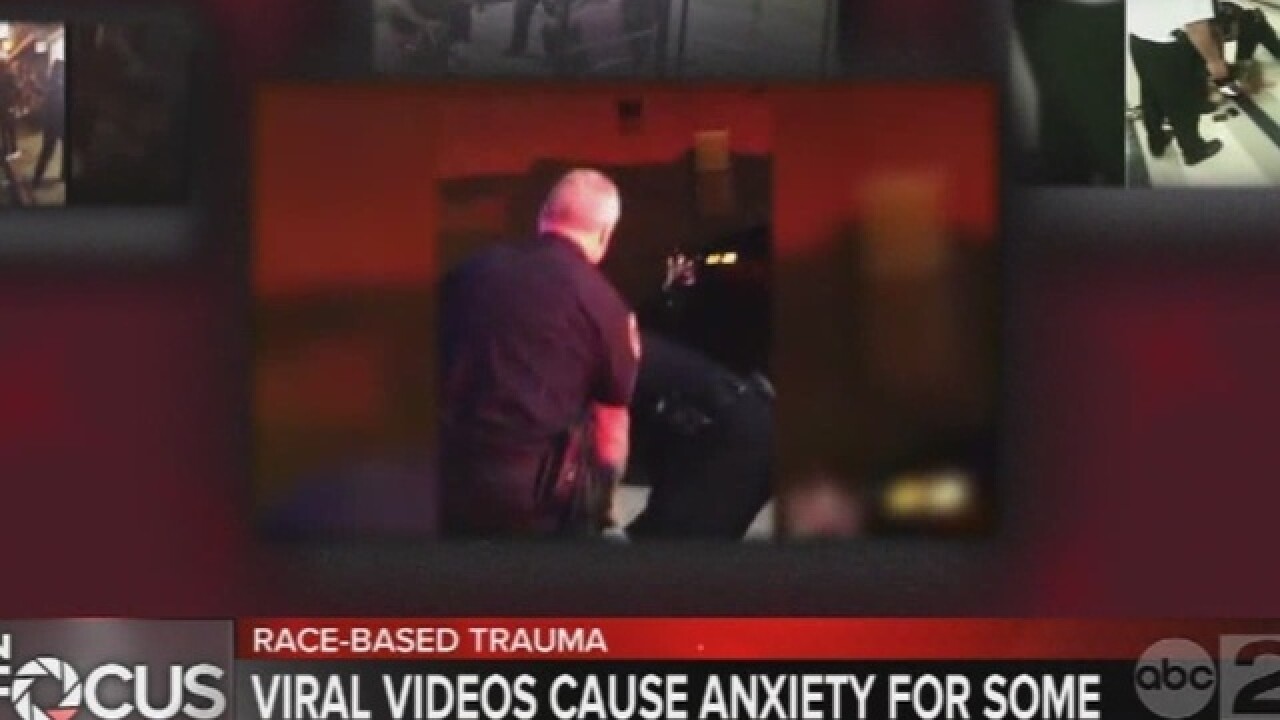 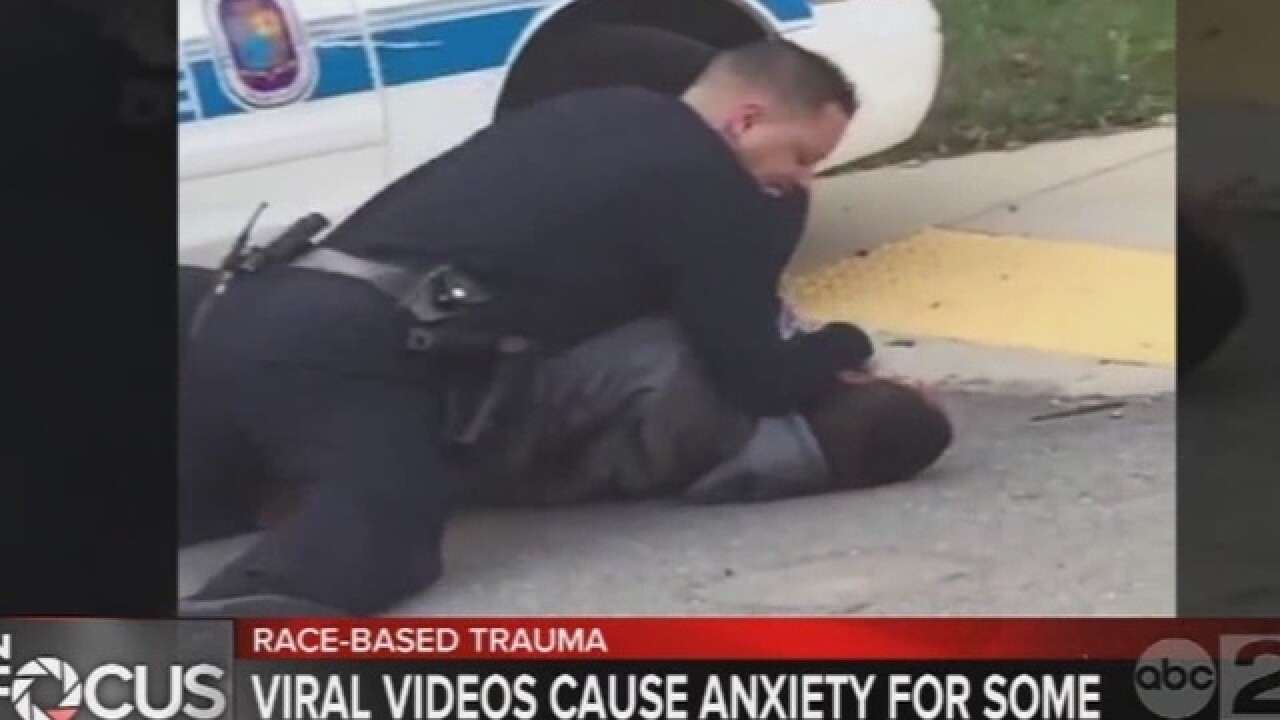 The videos of police use of force are showing up everywhere. They play on social media and come across your TV screen, and though many times the videos are what allows people to go back and examine the situation as a way to learn moving forward, some who view them may actually have to take a step back.
Some experts say they could even hurt your health.
A man shot after reaching for his wallet in South Carolina; a 17-year-old shot dead by a police officer in Chicago; a 19-year-old is hit several times in the head and face by an officer placing him under arrest in Towson over the weekend; collectively, the videos inject critical points of discussion into our national dialogue, but for many who see the images the videos produce, that discourse may come with a price.
"Those things stick with you, and it bothers you, and makes you not want to trust others," said Dr. Jonathan Shepherd, a psychiatrist and medical director at Hope Health Systems, Inc. and board president of the Baltimore based Black Mental Health Alliance.
Shepherd works with groups of adults and kids, many of whom come from the Baltimore City school system, and has turned some of his attention toward what's been seen developing just in the past couple years, mostly because of the videos.
"There's this term now called 'race-based trauma,' and it deals a little bit with post-traumatic stress disorder symptoms," Shepherd said. It's a term now being studied as more and more videos reach the status of going viral. Race-based trauma, experts say, is where racism and post-traumatic stress disorder meet.
It has all the trappings of PTSD and carries many of the same symptoms, which means not only do people wonder if what is depicted in the video could happen to them, but they feel like it already has.
Research around race-based trauma is still new.
Because some who watch the videos will say, racially, they look like people shown in them, they will also display many of the same symptoms as someone diagnosed with PTSD.
"People who become more anxious, maybe not able to sleep, those are some of the connections between race-based trauma and post-traumatic stress disorder," Shepherd said.
That's something Shepherd said he knows not only clinically, but personally, too. As a medical student at the University of Illinois-Chicago, he says he was stopped and detained by police as he left campus dressed in scrubs.
It happened years ago, but for him, it may as well have happened yesterday.
"It was a humiliating experience, but what that's done is made me very sensitive to when police officers approach me," Shepherd said.
If you took Shepherd's real experience and put that on video, there, he says, is where those who feel it happened to them could blur the lines between perception and reality.
"I was thinking about this the other day while I was driving," Shepherd said,  "'what would I do if I ever got pulled over by the police?' These are the types of things that are now going through my head because of the different things that I've witnessed, and that could be traumatic because some people may not want to leave their house now."
"Some people may not want to go out and do things like they normally would do, and that means that now you're not functioning like you normally would, which then, now, becomes a disorder," Shepherd said.
Scripps Only Content 2015