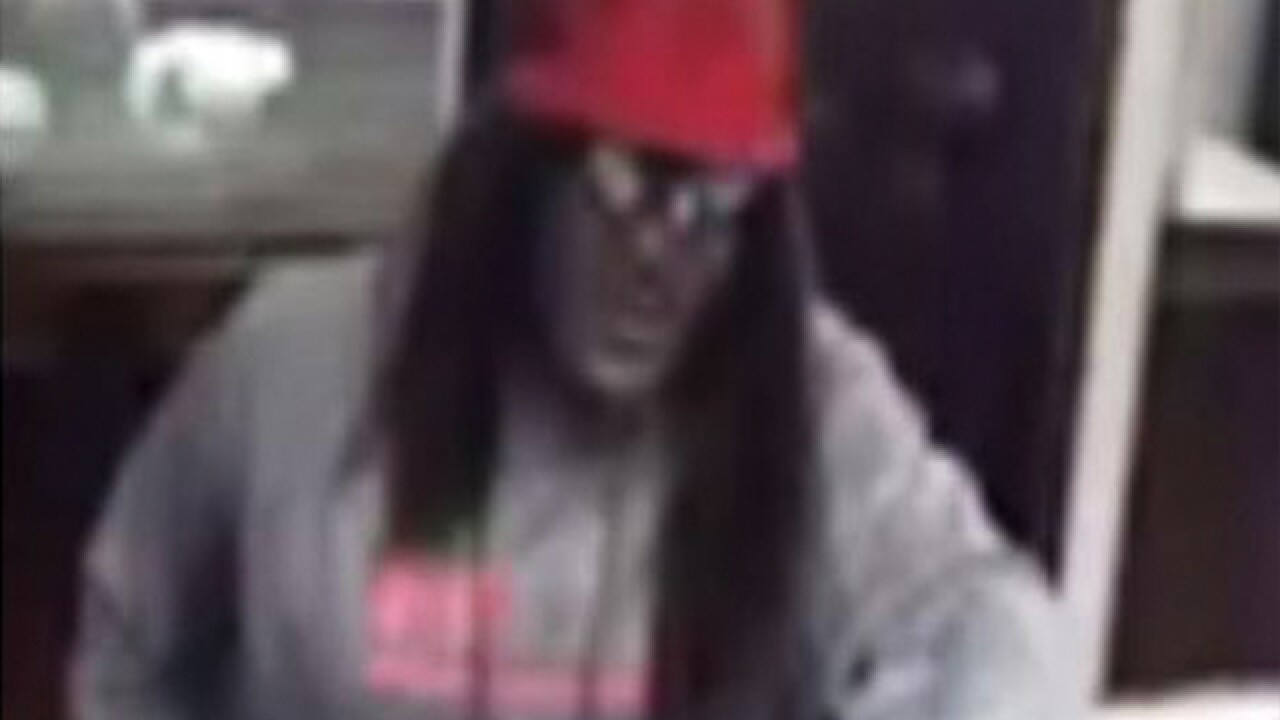 Copyright 2018 Scripps Media, Inc. All rights reserved. This material may not be published, broadcast, rewritten, or redistributed.
<p>Pictures provided by the FBI</p> 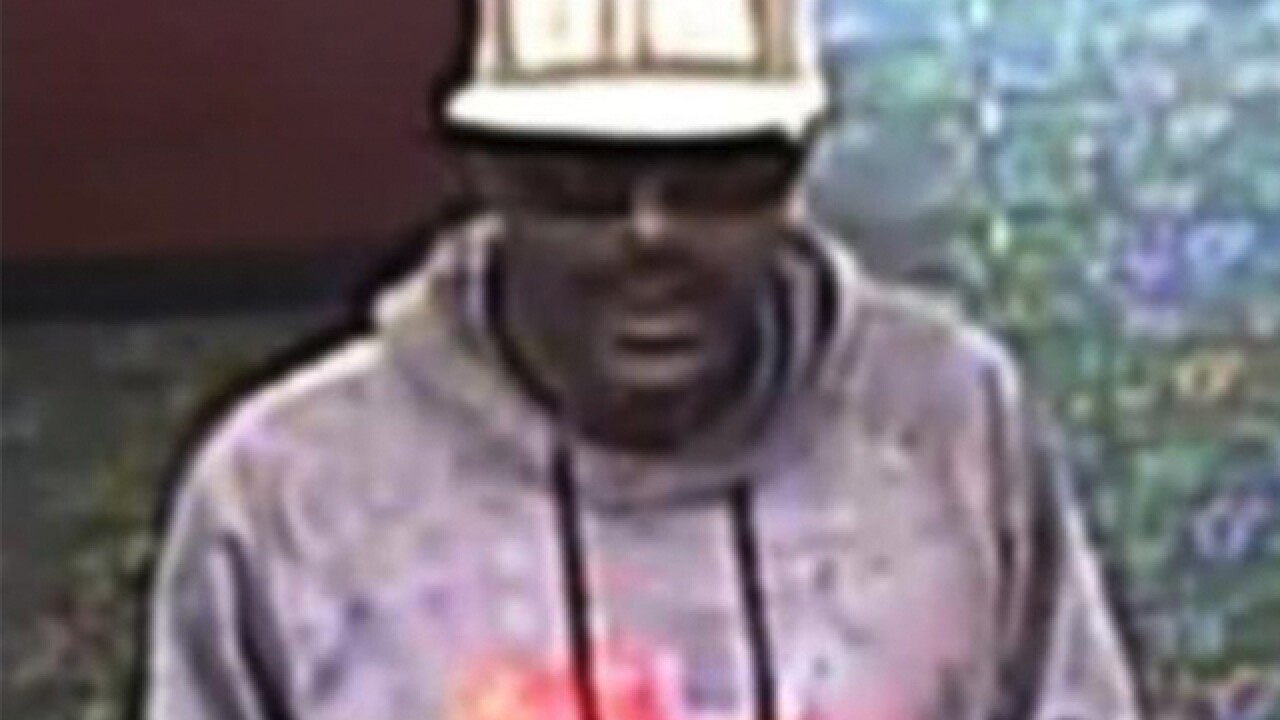 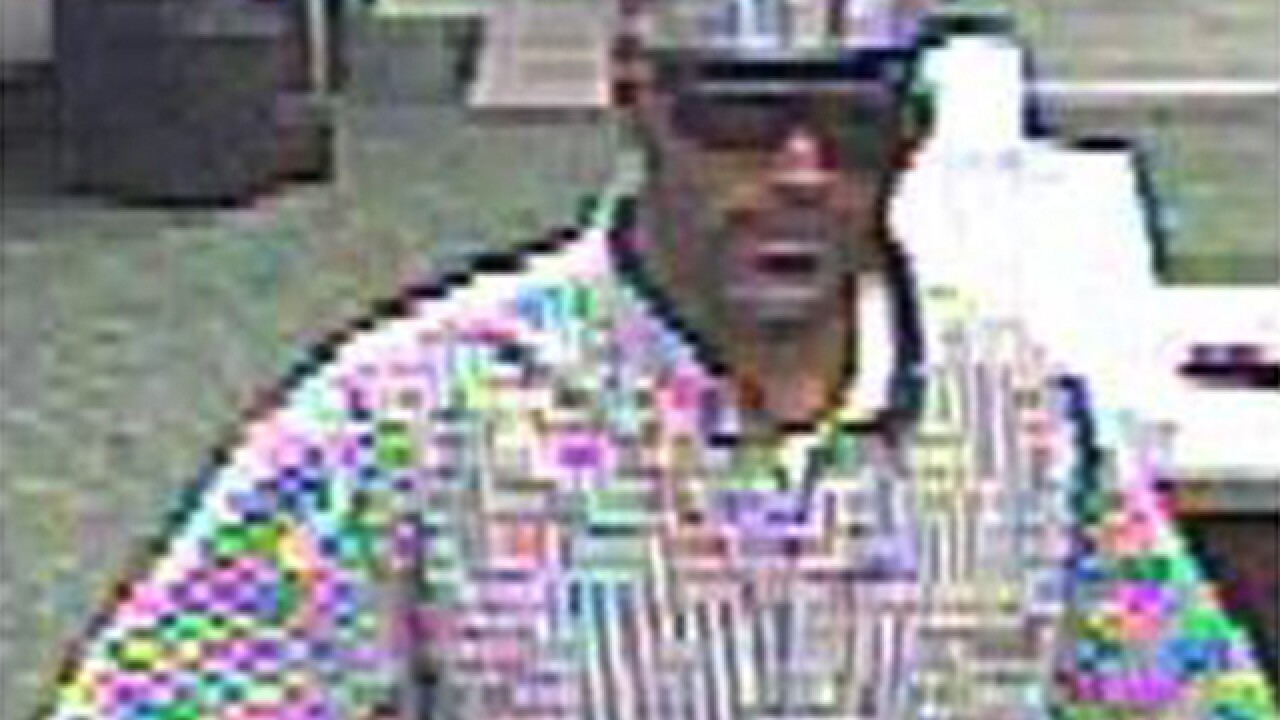 The FBI is looking for a man they believed robbed three Farmers & Merchant Banks in the Baltimore area over the last couple weeks.

The first robbery happened on May 8 at the Farmers & Merchant Bank in the 9300 block of Lakeside Boulevard in Owings Mills. The man was seen wearing a grey Under Armour hoodie with orange and pink lettering, black pants, a tan baseball cap with lettering, black and white shoes, and sunglasses.

The next robbery was 10 days later at the Farmers & Merchant Bank in the 15000 block of Hanover Pike in Upperco. He was also seen wearing the Under Armour hoodie but was wearing blue jeans, dark sunglasses, a red and black baseball hat, a long stringy red wig, and he was seen carrying a black satchel.

The most recent robbery was on June 14, at the Farmers & Merchant Bank in the 200 block of Clifton Boulevard in Westminster. This time he was wearing a multi-colored button-up shirt, black shorts, black and white shoes, a hat, and sunglasses.

In all three robberies, he had a black semi-automatic handgun with a silver ejection port.

The FBI says he should be considered armed and dangerous, but if you have any information concerning this robbery, please contact them at (410)-265-8080. A reward of up to $5,000 is being offered for information which leads to the identification, arrest, and conviction of the subject of this case.