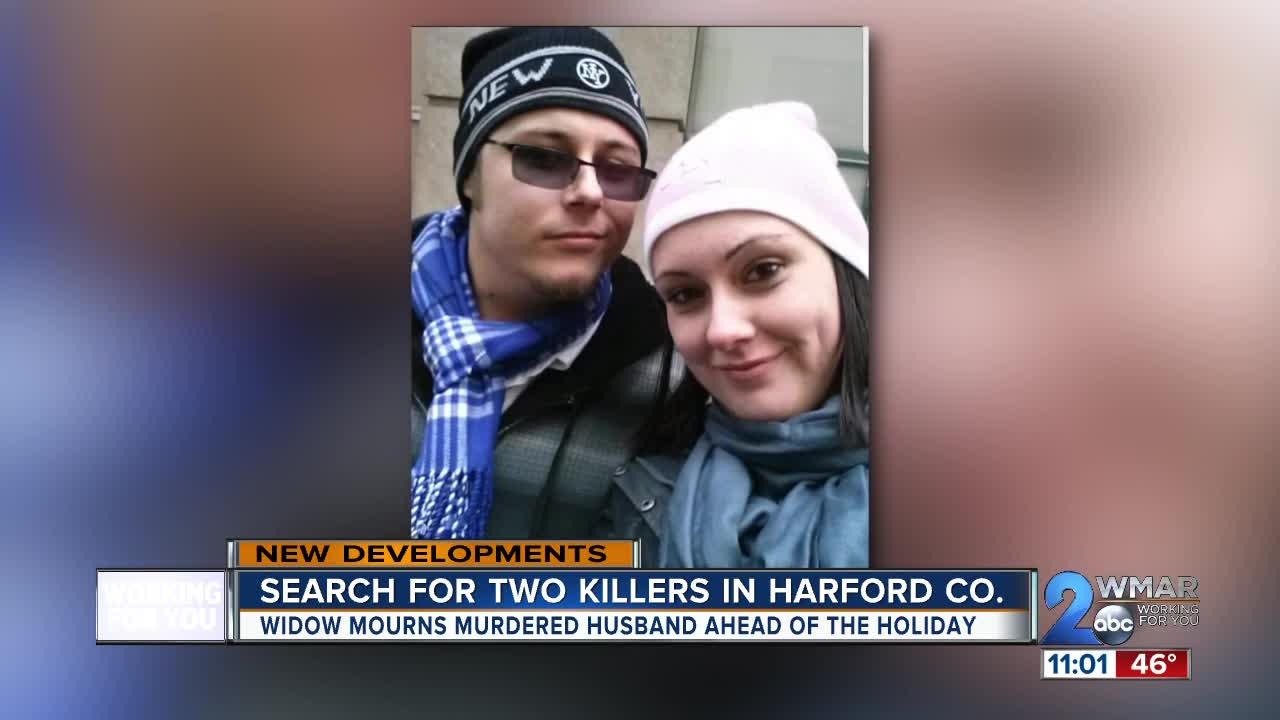 "He was just a great man. He really was. I don't think I can ever find another like him. He was one of a kind," said Amanda Waugh as she talked about her husband Timothy Youngquist.

HARFORD COUNTY, Md. — "He was just a great man. He really was. I don't think I can ever find another like him. He was one of a kind," said Amanda Waugh as she talked about her husband Timothy Youngquist.

Youngquist was shot and killed in February of 2019 while he was just trying to provide for his family, working as a delivery driver in Edgewood.

"If the people would have asked him for the money, he would of gave them it. No questions asked. They didn't have to do all this," said Waugh.

RELATED: Harford County offering up to $10,000 for information leading to arrests in two murders

Waugh remembers the night her husband was killed. She said Youngquist texted her "I love you" after he was shot while he was dying by his car. Deputies said three men were seen leaving the crime scene, but no suspects were found. Months later, still no arrests.

"It's hard to know they're still out there walking free," said Waugh. She said she's always concerned her husband's killer is with her when she's out and about in the community.

Tuesday, The Harford County Sheriff's Office asked the community for help with this case and stressed the $10,000 reward for anyone with information that leads to an arrest.

"It made me feel really good that they’re still pursuing it and it’s still in their memory. It’s not something that's been forgotten and pushed away," Waugh said.

The Harford County Sheriff's Office posted the same reward for information leading to the arrest of 16-year-old Anthony Martin, Jr who deputies believe shot and killed Joshua Crouse in Joppa on November 1, 2019. The Crouse family said they were not ready to talk with the media about Josh.

Waugh can relate to their pain. She said she felt the same way when her husband was first taken from her and her son.

"It really destroys a family losing a father like that and we're still picking up the pieces," said Waugh. She said the hardest part is her son growing up without his father. Now, she's preparing to celebrate Thanksgiving and Christmas for the first time without her husband.

"I'm just trying to spend a lot of time with my son so he knows that I'm there for him and that daddy is still there with us in our hearts and our memories. It's something no one can ever take us," she said.

If you know anything about either case, call 1-866-7-LOCKUP.