Harford County offering up to $10,000 for information leading to arrests in two murders 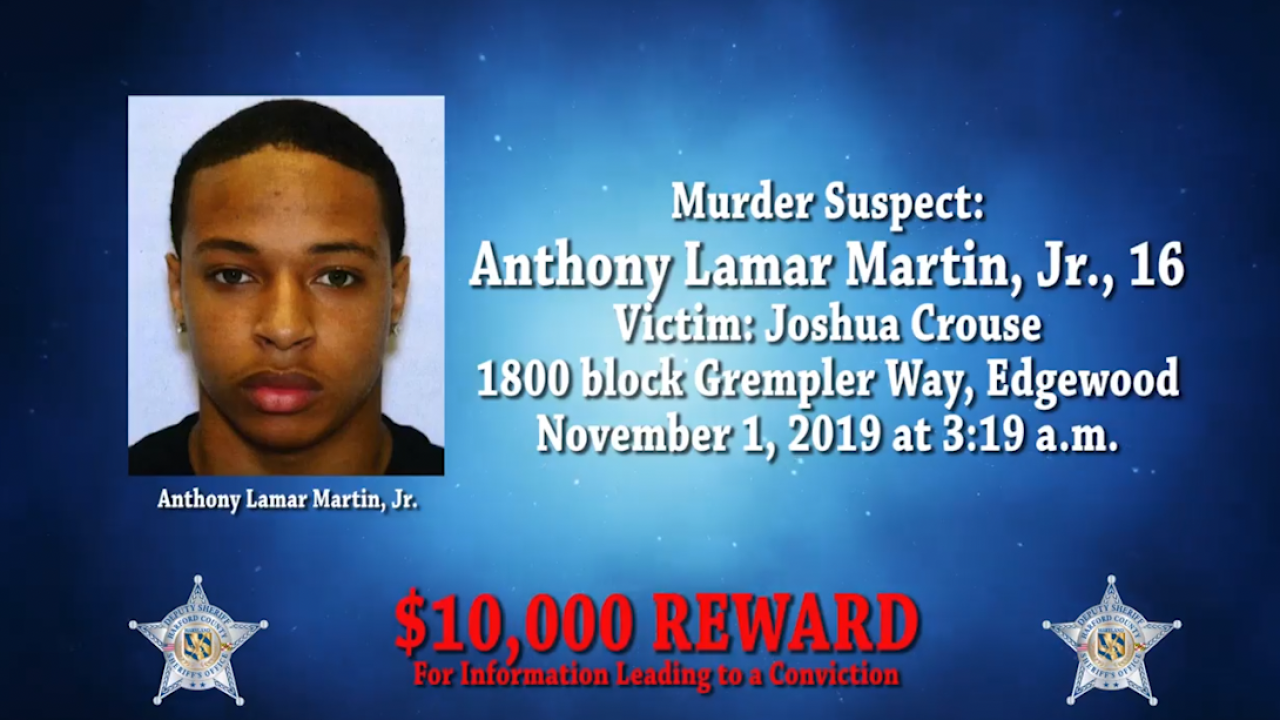 HARFORD COUNTY, Md. — The Harford County Sheriff's Office is offering up to $10,000 for information leading to the arrest of a 16-year-old or an arrest in the murder of Timothy Youngquist.

16-year-old Anthony Lamar Martin Jr. is a suspect in the murder of Joshua Crouse who was shot to death at the beginning of November this year.

Crouse was a survivor of an arson attack on May 9, 2019 that killed three.

34-year-old Youngquist was shot and killed during an attempted robbery in Edgewood in May.

If you have any information, please call 1-866-7LOCKUP