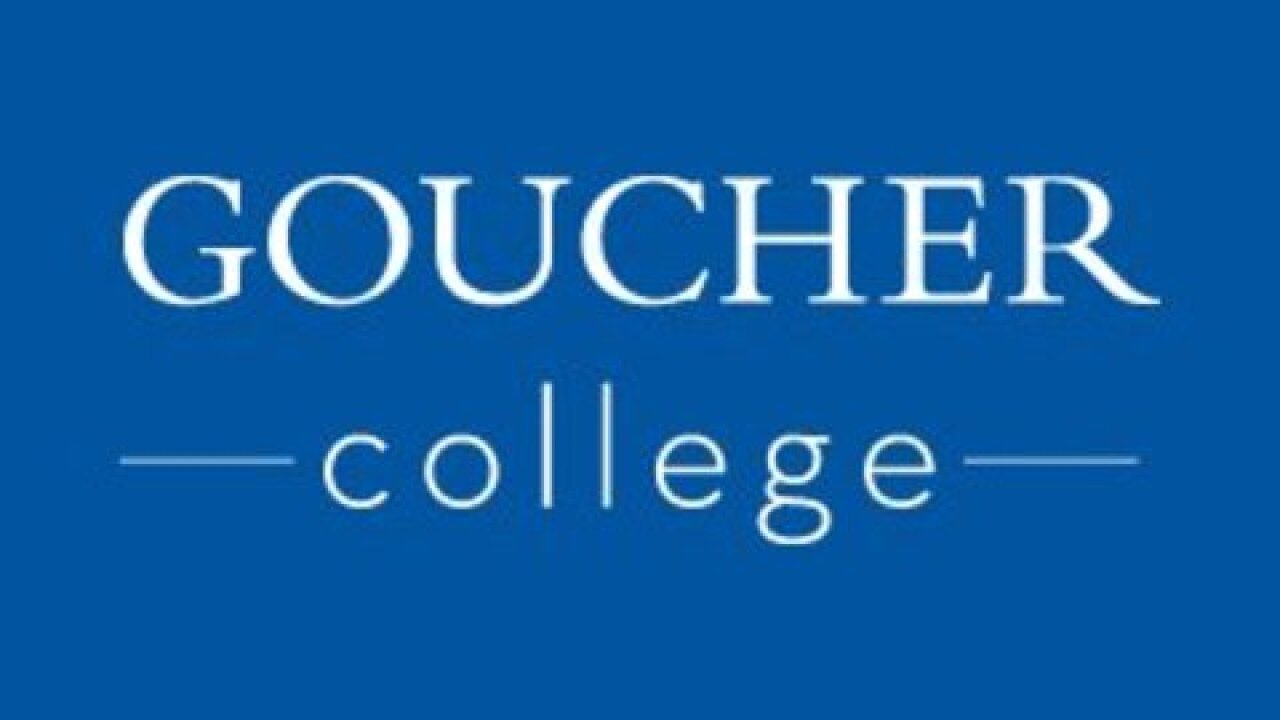 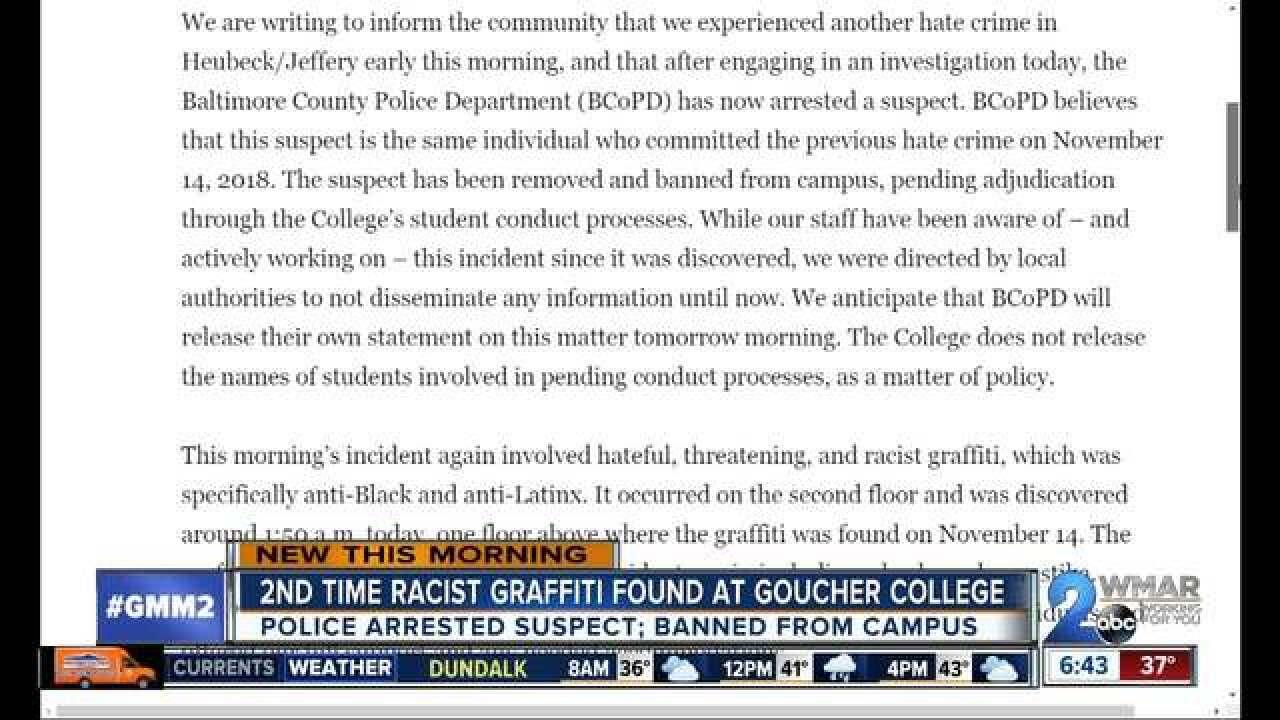 For the second time this month, racist graffiti has been found at Goucher College.

The graffiti was found on the second floor of the school's Heubeck/Jeffery Hall, according to a joint statement issued by school president Jose A. Bowen, Vice President/Dean of Students Bryan F. Coker, Interim Associate Dean of Students/CREI Nicole J. Johnson, and Director of Public Safety David Heffer. The location is a floor above where similar graffiti was found on Nov. 14. The images were discovered at about 1:50 a.m.

"This morning's incident again involved hateful, threatening, and racists graffiti, which was specifically anti-Black and anti-Latinx," the statement said. "The graffiti was similar to the November 14 incident, again including a backwards swastika."

The college alerted the Baltimore County Police, who began an investigation. An arrest was made, and police believe the person in custody is the same one who produced the racist graffiti during the Nov. 14 incident.

The school said the images have been removed.

Students decried the racism spread during the first incident, holding a rally to protest such hate and intolerance on campus.

According to Goucher's website, Heubeck Hall houses the school's Office of Public Safety and Office of Residential Life, the campus Health and Counseling Center, as well as "one of the newer dining halls on campus." It also has residential quarters, with the majority of students living in the building being upperclassmen.

Read the full state from the Goucher administration below:

To the Goucher Community:

We are writing to inform the community that we experienced another hate crime in Heubeck/Jeffery early this morning, and that after engaging in an investigation today, the Baltimore County Police Department (BCoPD) has now arrested a suspect. BCoPD believes that this suspect is the same individual who committed the previous hate crime on November 14, 2018. The suspect has been removed and banned from campus, pending adjudication through the College’s student conduct processes. While our staff have been aware of – and actively working on – this incident since it was discovered, we were directed by local authorities to not disseminate any information until now. We anticipate that BCoPD will release their own statement on this matter tomorrow morning. The College does not release the names of students involved in pending conduct processes, as a matter of policy.

This morning’s incident again involved hateful, threatening, and racist graffiti, which was specifically anti-Black and anti-Latinx. It occurred on the second floor and was discovered around 1:50 a.m. today, one floor above where the graffiti was found on November 14. The graffiti was similar to the November 14 incident, again including a backwards swastika. BCoPD responded immediately, and the College reached out to the targeted individuals and offered our full support and any needed accommodations.

Once again, we strongly condemn this abhorrent hate crime that occurred in our community, and call on all community members to remain supportive and understanding of one another during this challenging time. We are thankful to all of those who dedicated their time and efforts to investigating and resolving this matter.