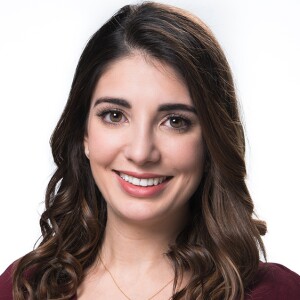 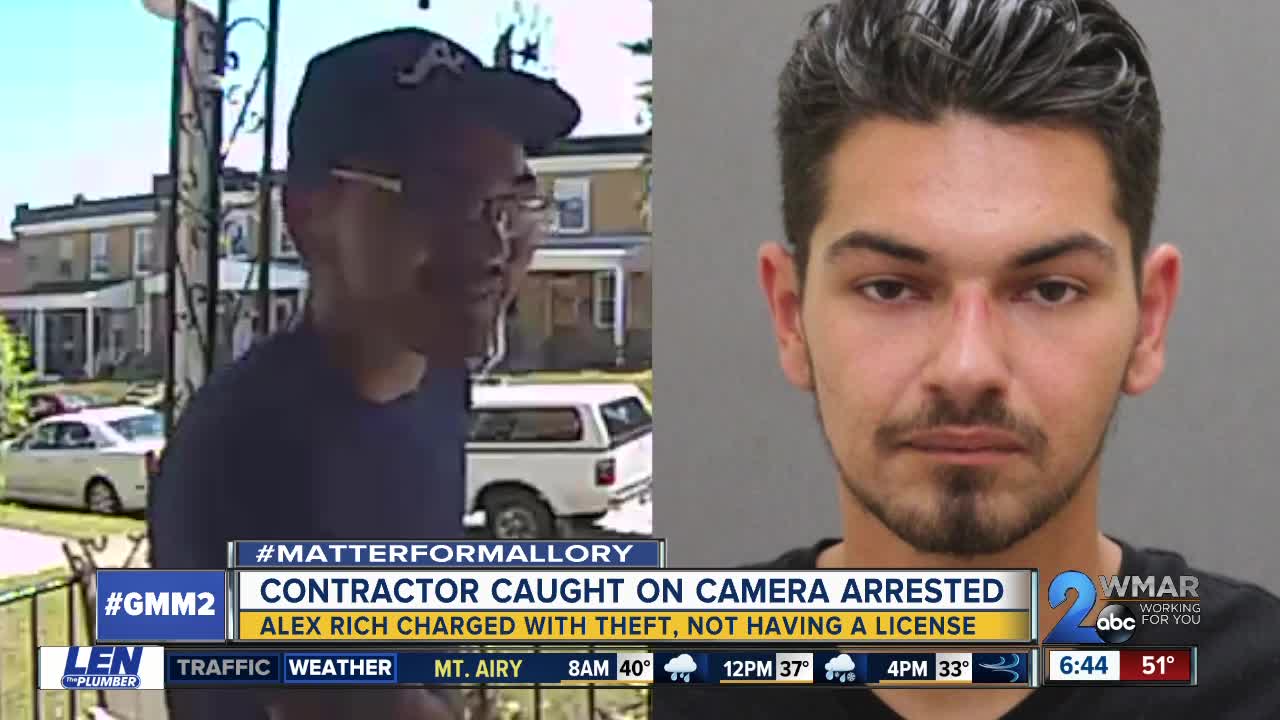 A contractor accused of stealing deposits was arrested after a judge recognized him in a WMAR-2 News investigation. 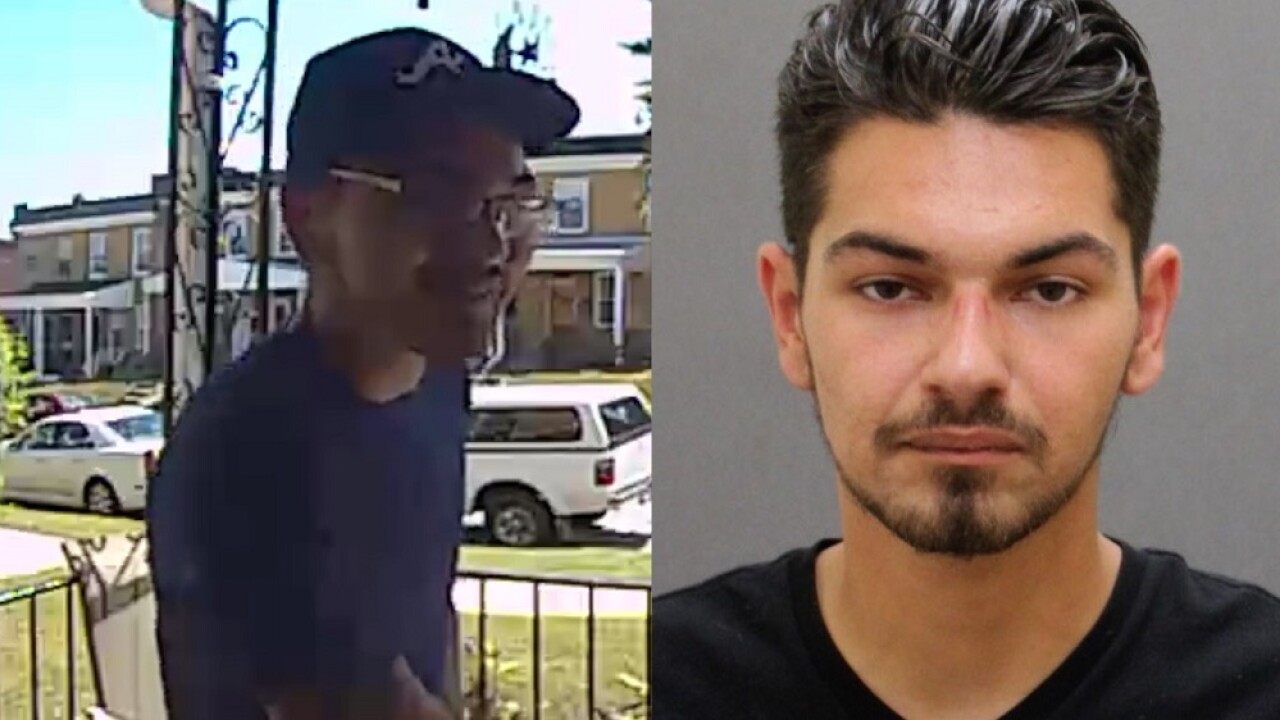 BALTIMORE — Michael Evans didn't think he'd ever find the man who stole his money, but a week after WMAR-2 News aired his story, Evans was at a police precinct picking the suspect out of a line-up.

Alex Rich was arrested on October 12 and charged with two counts of acting as a contractor without a license, failing to perform contract, and theft. According to Maryland Judiciary Case Search, Rich has a history of being charged with these crimes. He's connected to over a dozen other cases dating back to 2016. And it was a judge from a previous case who identified Rich from the report and contacted the Baltimore City Police Department.

"They contacted Detective Hall at the Northeast police district and told him to issue a warrant and get him in here," said Evans.

Evans said he easily identified Rich as the man who came to his house offering to do repair work.

"Absolutely. Yah, absolutely. Even my grandson, I showed him the picture on the phone, he recognized him. 'Oh, that's the man that took your money pop pop.' He was easy to recognize," Evans said.

Evans paid the man, who called himself Richard Smith, a deposit of $180 and asked that Smith send him a contract. The man never contacted Evans nor returned to do the work. When Evans tried calling Smith's phone number, he heard a voicemail message for Charm City Roofing. Evans then contacted Roger Bush, the owner of Charm City Roofing, and showed him doorbell video of the contractor who came to his home.

"We won't ever come and visit you unless you call us first," said Bush.

Bush also posted video of the impostor on his company's Facebook page to warn the public and protect their reputation.

Rich, on the other hand, is notorious for his business practices.

The Better Business Bureau serving Greater Maryland has tied him to five businesses going back to 2016.

"People actually claim they gave him the money, he didn't show up to do the work. Very simple," said Angie Barnett, president and CEO of the BBB serving Greater Maryland.

"He was fabricating businesses, representing to have a business which we could find no known address. He had no Maryland Home Improvement Commission license to do that work," said Barnett.

Maryland Home Improvement Commission (MHIC) records reveal that Alex Rich currently does not and has never held a MHIC license.

A spokesperson with the state agency told WMAR-2 News Mallory Sofastaii that MHIC has a total of eight unlicensed home improvement complaints against Alex Rich and filed various criminal charges in four of them.

She added that even after unlicensed contractors are identified and penalized, they may continue doing home improvement work if they're hired by consumers who don't verify whether they have a valid license or not.

Consumers can easily look this up by visiting the Maryland Department of Labor license search . Licensed and reputable contractors should also display their license number on their business cards, work uniforms, and work vehicles. Consumers can also call 1-888-218-5925 (toll free) or 410-230-6231 (Baltimore area) Monday-Friday, 8:30am-4:30pm.

Rich is scheduled to appear in court on November 13.

The Office of the Public Defender and Rich declined to comment on this report.

If you have a Matter for Mallory, she wants to hear from you. You can contact her using the form below or by Facebook or Twitter .