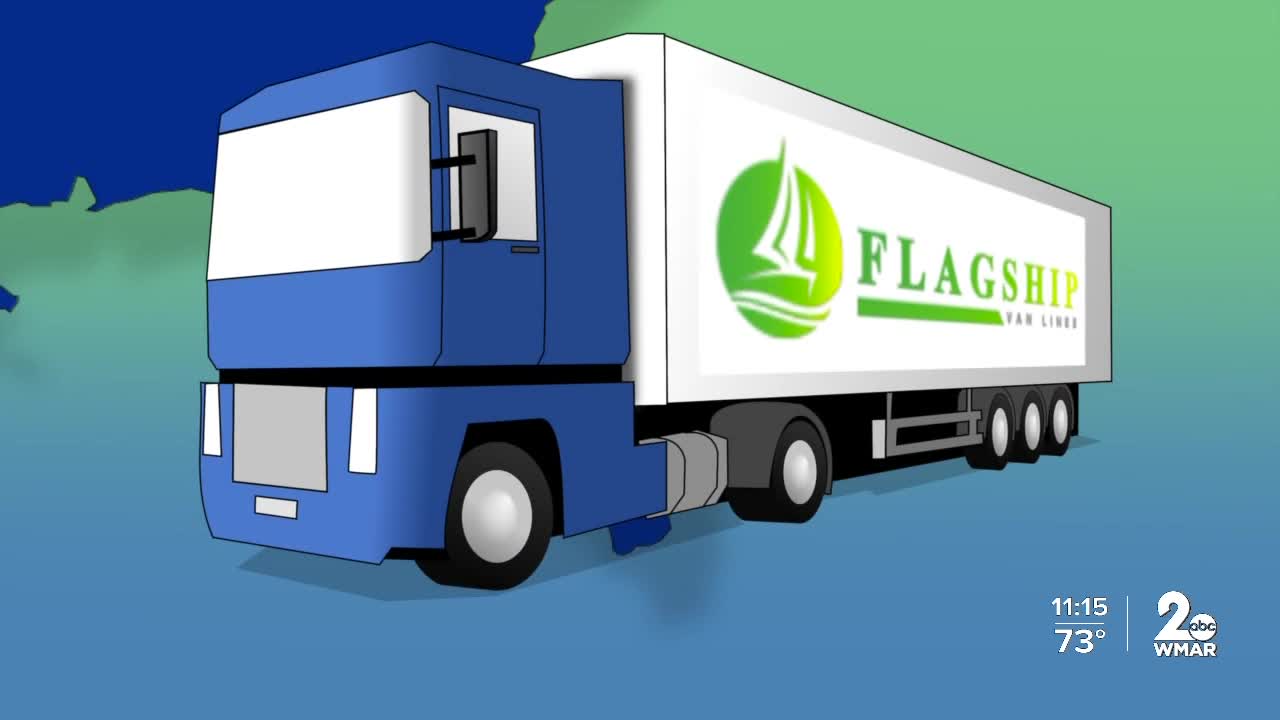 Hiring the wrong mover could mean delayed shipments, broken items, or in many cases, never seeing your belongings again.

BALTIMORE — Hiring the wrong mover could mean delayed shipments, broken items, or in many cases, never seeing your belongings again.

The household goods moving industry is plagued by unscrupulous dealers, and a state law meant to crack down on the criminal activity has been stalled for the foreseeable future.

The Household Goods Movers Registration program, which became law on October 1, 2019, recently lost its funding in the latest budget cuts.

Louis Campion, president and CEO of the Maryland Motor Truck Association and Maryland Movers Conference, pushed for the legislation for several years.

“It would require essentially a registration program that movers would have to register with the Department of Labor. They would have to provide certain certifications and validations of appropriate insurances, for example, worker’s comp, identification of ownership,” said Campion.

The Federal Motor Carrier Safety Administration (FMCSA) keeps a running list nationally and grants licenses, but as WMAR-2 News Mallory Sofastaii uncovered in a series of reports in 2018, many rogue operators slip through the cracks by creating new business names.

“They have very few investigators covering literally thousands of moving companies around the country,” said Campion.

The hope was that by having an additional level of checks, these bad actors would either be discovered or discouraged from operating in the state.

“They identify states with low barriers to entry and Maryland is one of those,” said Campion. “We have so few regulations and rules that govern household goods movers so that makes it really difficult for a consumer to identity whether or not that company is legitimate or someone they can trust.”

Campion added that he’s particularly disappointed because the program would’ve been self-sustainable through annual registration fees, and could’ve potentially made the state money overtime.

Campion is still pushing for a registration program. In the meantime, consumers need to continue to be diligent by requesting at least three estimates, seeking referrals from reputable sources, knowing your rights and responsibilities when it comes to deposits, delivery, and additional charges before the move.

“With moving companies, you’re turning your whole life over to that company,” said Campion.

And the wrong one could cost a lot more than money.

To learn more about how to choose a reputable mover, click here.

I cannot speak as to the future of dedicated funding for the Maryland Household Goods Movers Registration Program, but I can clarify that we proposed to cut the FY21 funding for this program because DBM's budget analysts and Maryland Department of Labor personnel determined that MDL could operate the program using existing resources. That means there should be no impact to the operations of the program itself.

Sofastaii asked whether “existing resources” have been identified and why the Department of Labor has stated they are unable to implement the program. This story will be updated with DBM's response.

The Department of Labor did not provide any additional information on the future of the program and whether or not the agency will continue work on drafting regulations.