“The stress level was mounting as the months went by”

BALTIMORE — An administrative backlog in Baltimore City is causing headaches for homeowners.

Delays in processing deeds cost a buyer the home of her dreams, deprived the City of nearly a million dollars for several months, and now buyers are running into issues refinancing, paying their water bills, and getting loans.

Angelica Stancil bought her house in July of 2020. She’s been living in it, but the record didn’t reflect its hers.

“I just want my house in my name,” said Stancil.

“Fast forward to March and there’s something taped to our door about a tax sale and a tax lien,” said Stancil. “Then we find out it was a tax lien from 2019 that nobody knew about. Our name’s not on the house, so everything’s going to the contractor that renovated the house including the water bills.”

Fortunately, the lawyer who purchased the tax lien was understanding and sent her the release, but Stancil said it's taken too long to get this resolved.

“When will I get the peace? I lay down every night and the next morning is something else going to be taped to my door? Is somebody else going to serve a paper? Because a lady did knock on the door and say, ‘Isn’t this house for sale?’ And I’m like no, it’s ours, so the stress level was mounting as the months went by,” Stancil said.

He said this delay resulted in his refinancing application being rejected, and he was unable to get a loan or permits to do house modifications needed for his disabled wife.

WMAR-2 News Mallory Sofastaii requested an interview with Baltimore City Director of Finance Henry Raymond. Despite being flexible with timing, a spokeswoman with the Mayor’s Office said he was unavailable.

Instead, WMAR-2 News received similar responses to previous emails about this issue.

“At the height of the pandemic, the backlog in the Property Transfer Department expanded to 12 weeks. Reasons for the backlog were due to employees teleworking and several departmental shut downs due to COVID required protocol. With changes in work processes and limited teleworking, the backlog decreased to 6 weeks,” wrote Sydney Burns, press secretary for Mayor Brandon Scott.

The City implemented a new e-recording system on June 17, 2021. However, this same program has been in place in surrounding jurisdictions since December of 2019. And here’s how a city employee described their workflow to Stancil prior to the online system. 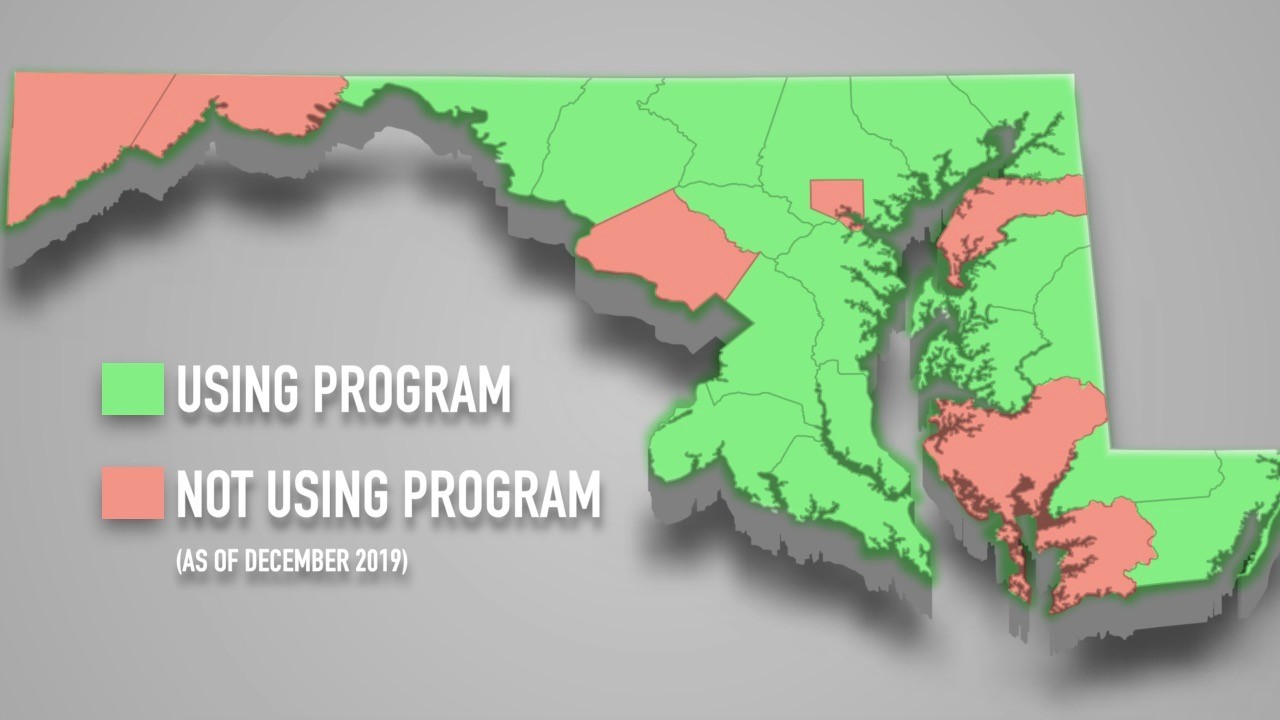 “They placed [the deed] in a box then the boxes aren’t in order and a man said, ‘One day, I’ll come to work and they’ll just give me a box and I’ll work on whatever’s in that box.’ What?” Stancil said. 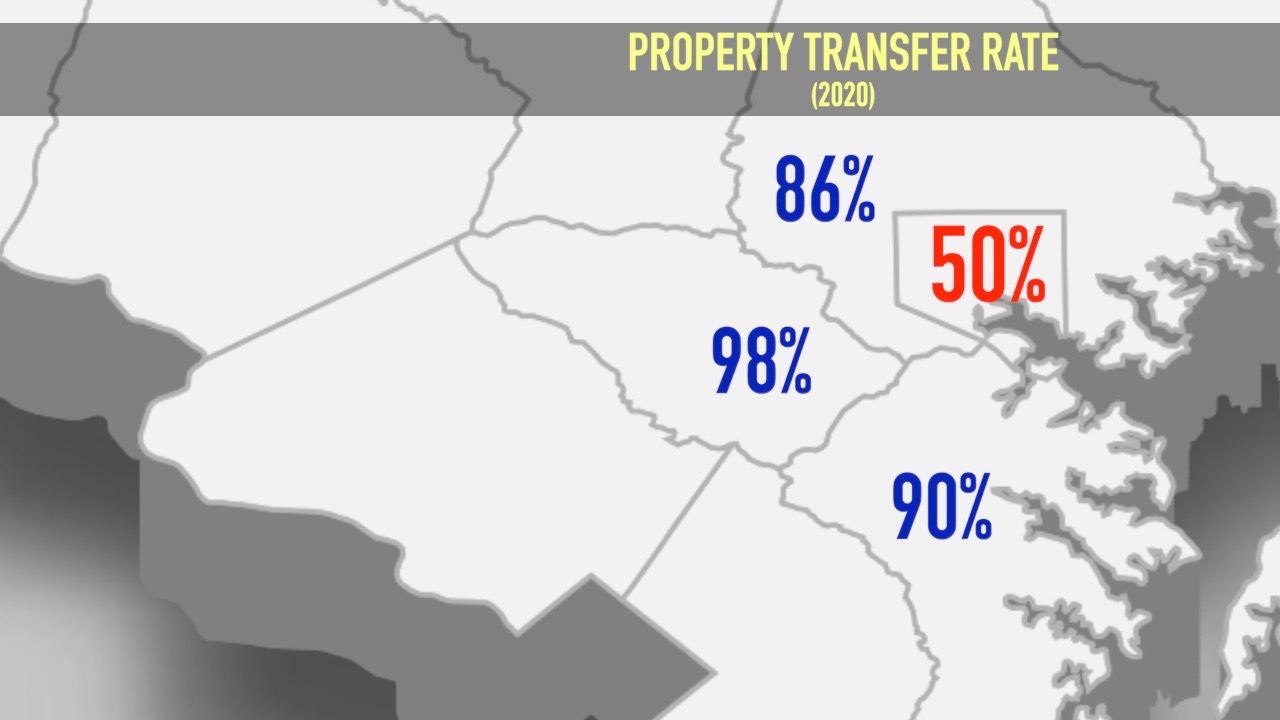 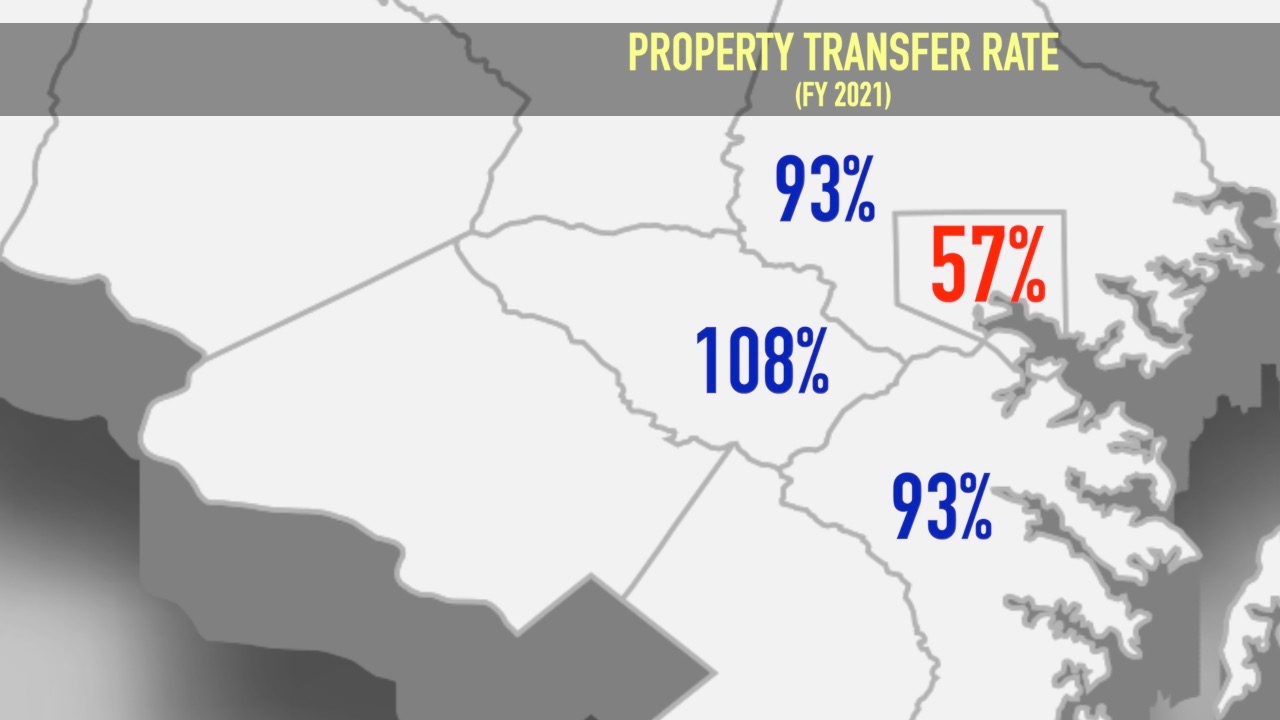 The City has said:

“Compared to other jurisdictions, Baltimore City has the largest number of real property parcels, the largest number of transfer transactions and the fewest transfer and recordation tax exemptions…and the sheer volume of property transfers has been unprecedented during the 2021 fiscal year due to the current economic environment and low interest rates.”

While realtors and title company owners have said the process has improved with the new system, it’s unclear how much revenue the City could’ve had sooner and if this could’ve been made easier on buyers.

“I’m very dissatisfied and I was super happy to come back to Baltimore City from other places I had lived. I love my home, love my neighbors, love my community and then I have to deal with real property and property taxes?” said Stancil.

Comptroller Bill Henry announced a City-Wide Real Estate Process Review, however, his office told WMAR-2 News that this function will not be examined.

Sofastaii asked the Comptroller’s Office if he has plans to take a closer look at this matter and its impact on city revenue and residents. A spokeswoman said:

“Our audits resources are currently all appropriated right now for these biennial audits, approved by the Biennial Audits Oversight Commission. I would have to defer any questions about e-record software to the Mayor’s office or Department of Finance.”