Out of all the places Tamara Robinson has lived, she chose to buy her first home in Baltimore.

“They have a lot of really great people, there’s a really great art culture, there are lots of social justice movements that I can be apart of and really, really good food,” said Robinson.

She set a goal to buy a home before 2020, and that became possible with a low interest rate through a program encouraging buyers to purchase in developing areas.

“I was approved in October, I was very excited,” said Robinson.

Soon after, she found the perfect house.

“We made an offer same day, got it under contract, and my closing date was December 30th, so I was like yes! I’m going to buy a house in 2020,” Robinson remembers.

She made it through the inspections, then it all came to a halt when the title company discovered the seller wasn't listed as the property owner.

“When he bought the property sometime in September I want to say, his deed had not been recorded,” said Robinson.

Robinson’s lender won’t release the funds until that happens. Meanwhile, the seller could decide to rent the property or sell to someone who doesn't require a lender.

“It’s really frustrating because one of the things I love the most about the house is when I showed it to my mom, she said it looked like her childhood house, and it does. It looks like the house my grandparents bought,” said Robinson. “I felt like that was the ultimate seal of approval.”

Yvonne Deardorff, president of Lakeside Title Company, has seen deals fall through because of the backlog in recording deeds.

“We did a bulk sale at the end of October and it was 243 properties. That deed is still not on record and that’s an issue,” said Deardorff.

A City spokesperson said the department is currently processing deeds from late October 2020 and the pandemic has impacted service delivery.

“The department was short-staffed and additional COVID-19 protocols such as adapting office processes to allow for telework for social distancing requirements and shutting down the department up to 14 days each time there is a COVID-19 positive employee were imposed creating additional delays.

In order to speed up the process, additional employees have been deployed from other units to assist in clearing the backlog and an automated system is being procured and should be up and running within 45 - 60 days.”

Deardorff sees it as money that could help the city, but isn't being utilized fast enough.

“I’m small, ten percent of my business, 700 transactions for the whole year in the city, and the amount of money we’re paying is so significant, I just can’t imagine how much revenue is sort of floating in cyberspace,” said Deardorff. 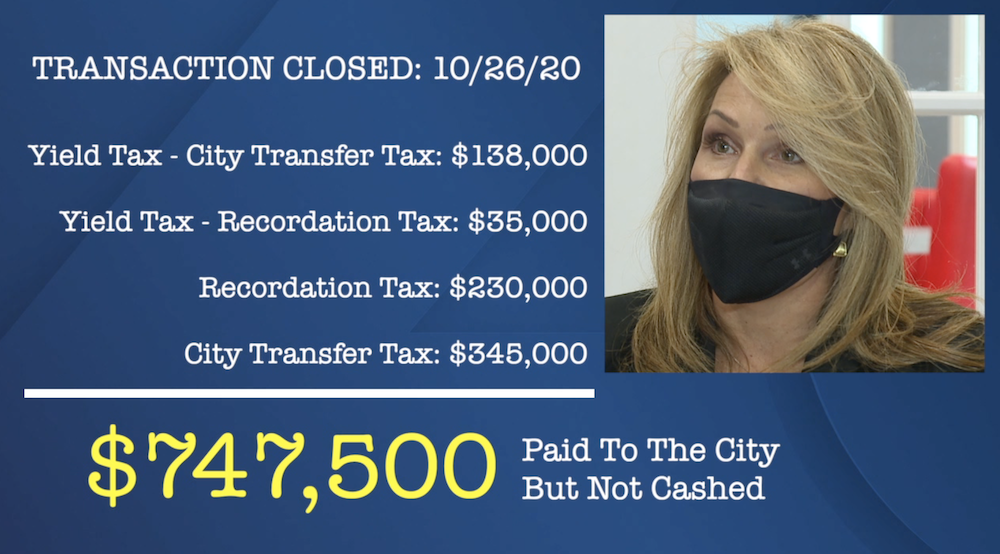 She added that the delay hurts buyers requiring lenders or federal assistance.

“Someone that needs a mortgage shouldn’t be cut out of buying a property because they can’t pay cash and assume a risk,” said Deardorff.

“I’m about to be a permanent resident of this city. It makes me so angry to know that’s how services are administered in Baltimore City,” said Robinson.

After WMAR-2 News Mallory Sofastaii contacted the Mayor’s Office, Robinson’s deed was processed. Robinson is waiting for confirmation from her realtor and title company that the sale can proceed. The City also confirmed Deardorff’s transaction from last October was processed last week and it’ll take a few days for the money to be withdrawn from her account.

Deardorff said she has seen some delays in Baltimore County, however, they were due to water bill issues, which are handled by the City.