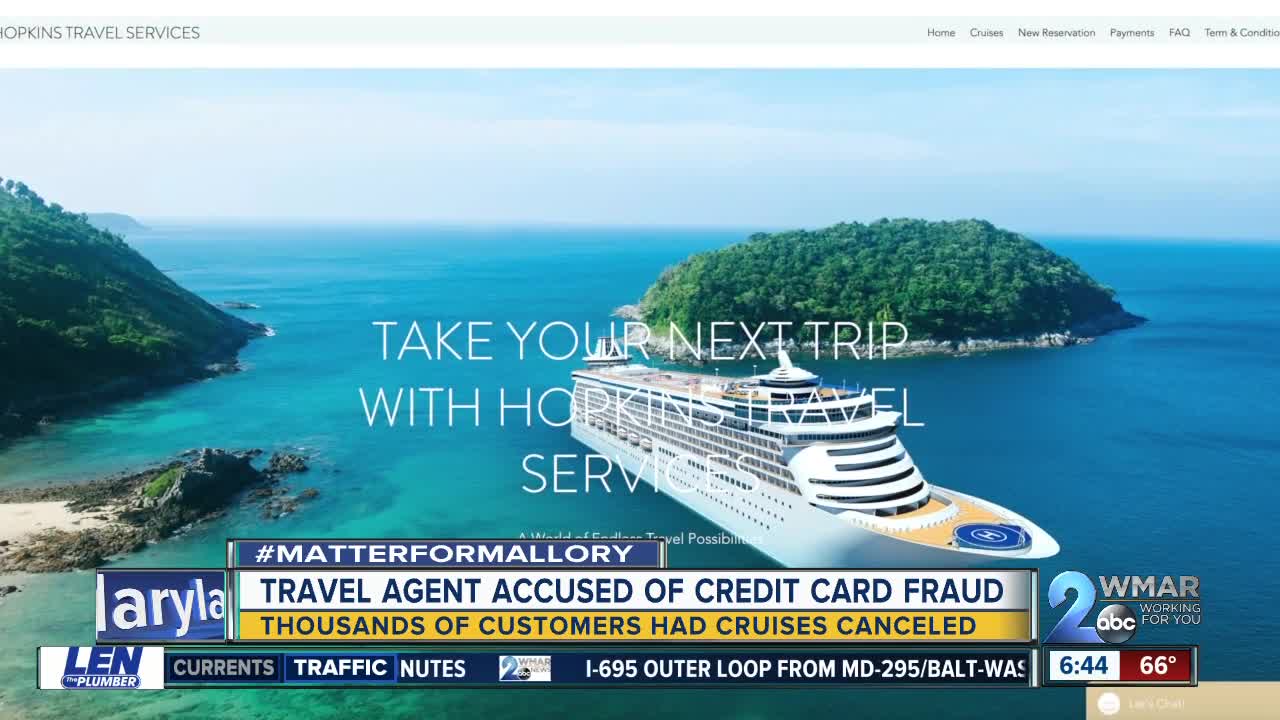 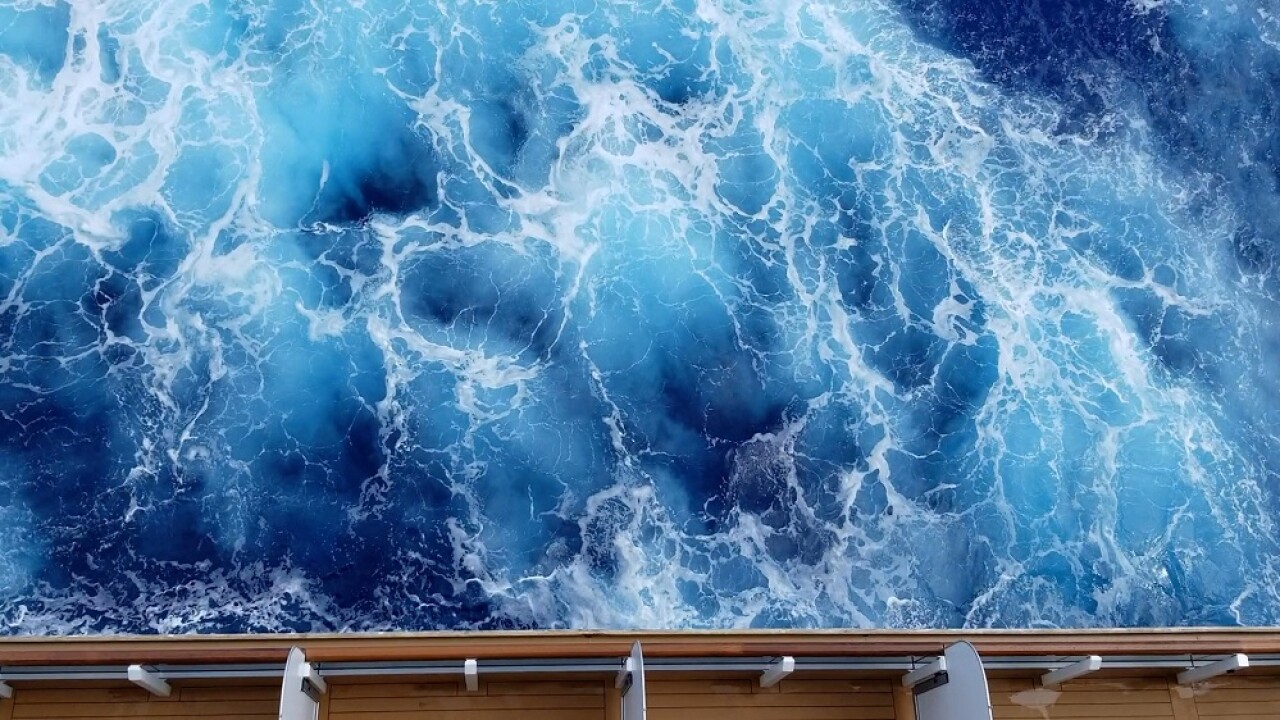 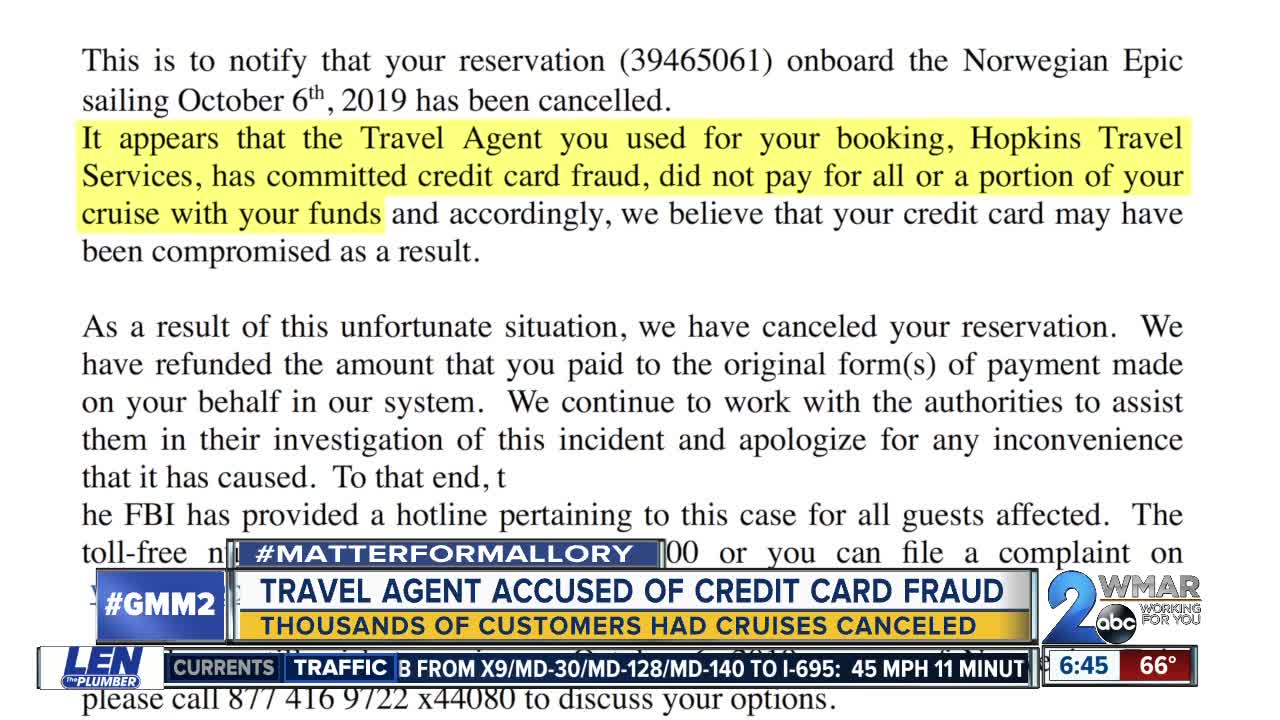 It appears that the Travel Agent you used for your booking, Hopkins Travel Services, has committed credit card fraud, did not pay for all or a portion of your cruise with your funds, and accordingly, we believe that your credit card may have been compromised as a result.

Karen Regan had organized a group of around 120 people to sail on a cruise to the Greek Isles in May of 2021. Like hundreds of other people in the Dundalk, Essex, and Pasadena areas, Regan first saw the deal on Facebook. Hopkins Travel Services was offering "buy one, get one free" reservations. She reached out to the person who shared the promotion and received confirmation that Diana Hopkins of Hopkins Travel Services had done business in the area before.

"He said, 'Yes, I got it from a group in Dundalk who somebody went to high school with her and has used her before,'" said Regan. "I started sending Facebook messages and things to friends and I ended up with 57 cabins booked on this cruise."

Almost all of her yacht club in Essex had signed up, she even got her cousin from New York to join their group.

"I mean people were celebrating anniversaries, 50th birthdays, you name it. Some people had never cruised before in our group, some people hate to fly and they were willing to fly to Venice for this trip, so it's very disappointing," Regan said.

Hopkins started notifying customers of the canceled cruises on September 14. She said they're no longer working with the cruise line and are processing refunds, but didn't provide any additional explanation.

The receipt from Hopkins shows the customer paid $2,376 for the cruise package. When they received the cancellation invoice from NCL, they saw that the trip actually cost more than $7,000 and 12 payment cards were used to book the reservation. Of the 12, only three of the cards belonged to the customer. She was also supposed to travel in less than two weeks.

"I have somebody in my group who, her deposit, her full payment, went to somebody cruising October 6th this year, not to hers," Regan said.

One charge is for the May 2021 cruise, the other for a different cruise.

Hopkins has posted in several cruise Facebook groups that the cards were "mixed up" and out of over 2,000, she's down to 500 refund confirmations.

Regan, including several people in her group, have recently received refunds from NCL. WMAR-2 News hasn't yet been able to confirm if anyone's been refunded directly from Hopkins Travel Services.

"That's 16 out of the 57 cabins [who paid in full] and only six have gotten their full refunds back," Regan said. "I feel guilty. I got them involved in this and I want to make sure everyone gets their money back."

NCL hasn't responded to WMAR-2 News requests for additional information on how this happened or how long the refund process is expected to take. Instead, they're referring affected guests to contact the FBI Tampa Field Office at (813) 253-1000 or www.fbi.gov.

WMAR-2 News has learned that other cruise lines have been impacted including Royal Carribean. In a statement, a spokesperson wrote:
"We are aware of media reports about Hopkins Travel Services and an investigation into the matter by federal authorities. We are actively working to assist affected guests. Guests who have questions about bookings made for them by Hopkins Travel may contact Royal Caribbean Guest Services at 1-888-281-9344 for more details."

Hopkins has not yet responded to WMAR-2 News requests for comment.

To see more of Mallory's reporting on this story, click here.

And if you have a Matter for Mallory, she wants to hear from you. You can contact her using the form below or by Facebook or Twitter.