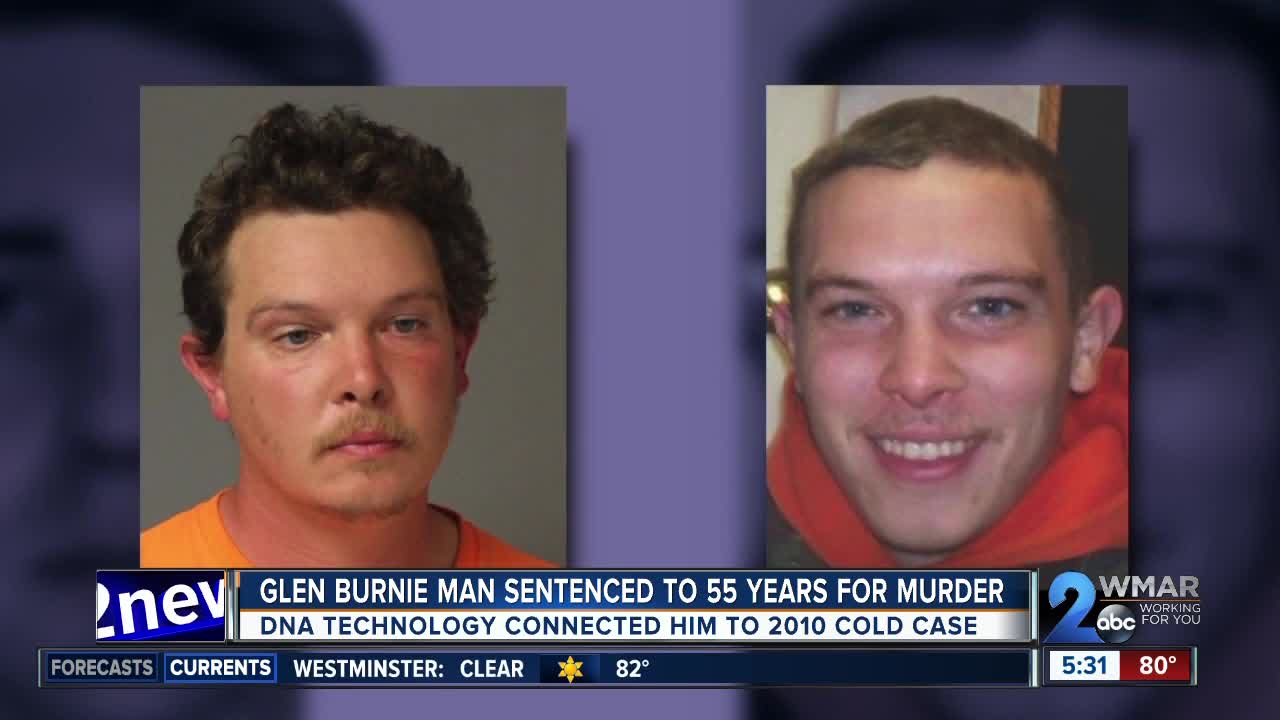 A Glen Burnie man will spend 55 years in prison for murder.

ANNAPOLIS, Md. — A Glen Burnie man will spend 55 years in prison for murder.

Anne Arundel County State's Attorney Anne Colt Leitess announced that Fred Frampton Jr.,33, who shot and ultimately killed a man in February 2010 was sentenced to life suspended with all but 55 years served.

Through Parabon Snapshot DNA Phenotyping Service, an innovative technology which produces a descriptive profile of the source of any human DNA sample, experts were able to match the DNA left behind at the crime scene eight years earlier to Frampton.

This is the first time this type of DNA technology was used in solving an Anne Arundel County crime.

"The Parabon Snapshot DNA Phenotyping Service, coupled with good old-fashioned police work, led to the successful prosecution of this crime. This case illustrates exactly how our our county's law enforcement team will not give up in seeking justice for violent crime victims."

On February 2, 2010, the Anne Arundel County Police Department responded to the 500 block of WIlliamsburg Lane in Odenton for a report a home invasion robbery and a shooting. Police discovered Michael Anthony Temple Jr. suffering from a gunshot wound.

The wound left Temple bound to a wheelchair for years until he passed in June 2015 due to complications he suffered from the gunshot wounds.

Investigations revealed that at about 8:50 p.m., two men went into a home where they pistol-whipped one man, Donald Gagnon, knocking him to the floor. Fred Lee Frampton, Jr. pointed a gun at Gagnon while the other suspect, Jonathan Ludwig, duct taped the victim's hands behind his back, his ankles together, covered his mouth, and then stole his wallet.

The two then went into the basement where they found Temple, Margaret Ridgely, and Kelly Skarwecki.

Frampton ordered the three to the floor and demanded money, but Temple fought back. Ridgely fought with Ludwig and was struck on the left eyebrow. Temple fought with Frampton and ended up in the laundry room where one gunshot was heard followed by another.

Police recovered multiple shell casings, a four-inch blade, and a partial projectile from the scene. Frampton and Ludwig took between $2,100 and $2,500 from the home.

In December, 2015, Parabon NanoLabs provided police with a "composite sketch" they had developed, detailing that the suspect DNA belonged to a fair skinned male with green/hazel eyes, brown/blonde hair from a northern/western European decent.

On July 16, 2018, Parabon NanoLabs provided the Anne Arundel County Police Department Homicide Unit with a genealogy report they generated from individuals participating in their data base. The amount of shared DNA between the suspect and voluntary participants in the data base enabled the company to generate family ancestry lines to assist in the investigation.

Just a few months later, Parabon called police to tell them they had a name for their suspect: Fred Lee Frampton, Jr.

Detectives followed Frampton to a 7-Eleven on Route 3 in Crofton and watched him discard a coffee cup on the ground. Soon after, they saw him discard a cigarette in the parking lot near a Roy Rogers, and they tested them both at the county's forensic laboratory.

The same DNA that was found on the cup and cigarette were discovered on the blade of the knife discovered at the crime scene.

Frampton was arrested in November 2018. Police found a handgun tied to the crime scene inside the home. After being questioned by detectives, Frampton confessed to the murder and home invasion. Ludwig, the other suspect in the case, overdosed as police zeroed in on him being tied to the crime.

Frampton was found guilty in July.

The vitim's father Michael Temple Sr. says it wasn't long after the attack the two then started working with him at a construction business in town, in some cases working directly with one another on certain jobs.

"These individuals worked beside me for many years, which I find kind of really hard to believe how somebody can stand that close to you and have done what they have done," Temple, Sr. said.

The senior Temple says his mood volleys back and forth between disappointment and anger.